In a country build out of heritage and in a city with a myriad of cultural influences, it is no surprise that diverse communities find common denominators in music and dance. The World Festival of Sacred Music taking place at the Aratani Theatre in Little Tokyo has opened its doors to find a crossroad for music that is reaching the hearts of Los Angeles. On this occasion, we were thrilled by its first Cumbia Festival in downtown LA.

Cumbia is a genre born in the barrios of Colombia in the late 17th century, nowadays spreading all over the world. Derived from the African word cumbe which “means dance”, Cumbia is no stranger to Los Angeles, and is strong enough to have a sold out show in a sit-down theater on a rainy day and capable to have an all-ages and multiethnic crowd dancing in their seats, as we witnessed. Despite the rain, the Cumbia Festival went on fuerte (strong)!

The night started with the band Eduardo Martinez y su Palo Cuero and their traditional Afro-Colombian sounds merging gaitas (a long flute) who invited Japanese/Boyle Heights producer Yuki Shimotakahara to join singing in Spanish. This had the crowd raging yet still no dancing. Before the next band came, theatre hosts announced that it was ok to stand up and dance as a rare occasion in a very pristine sit-down space and the crowd listened! Followed by Buyepongo and their influences from Colombia, Honduras, Belize, Ethiopia and more;  their unique energy got the audience at Aratani Theatre on their feet. Then came Viento Callejero with their urban indie cumbia and finally La Chamba which means “to put in work” and their Chicha (Peru’s version of cumbia) with deep Amazonian groove and psychedelic feel… and then it happened all over again! The dancing was non-stop.

The transitions were smooth and vibrant, the crowd was dancing, and the theater was packed!  We are looking forward to future World Series that bring strong communities together in the name of music celebration. 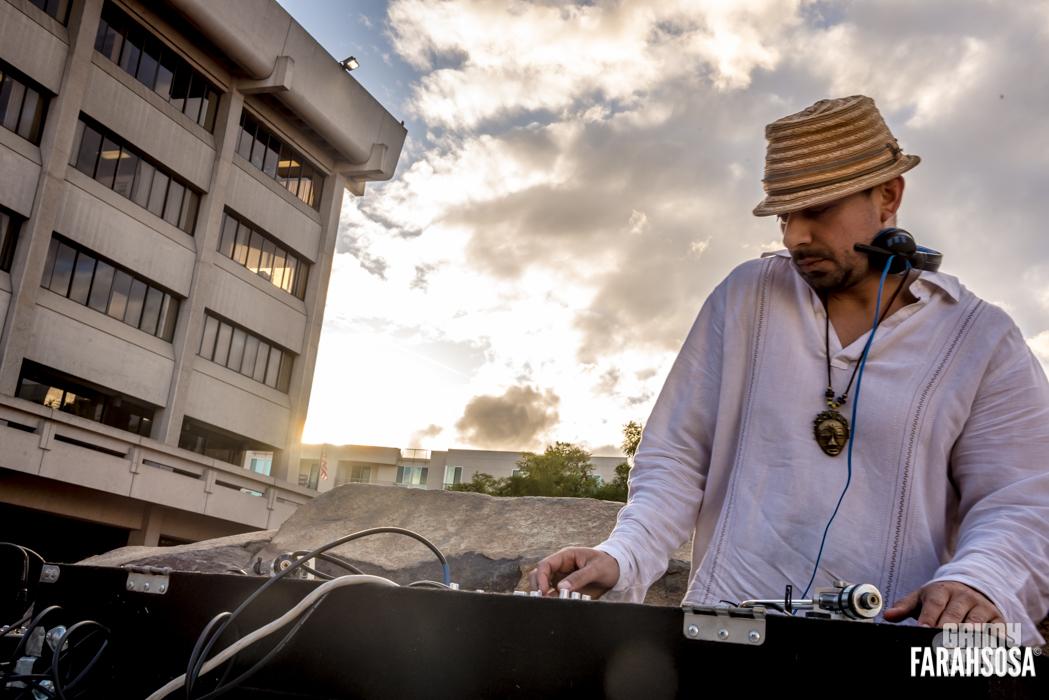 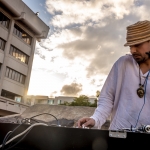 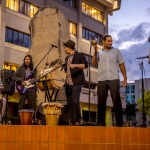 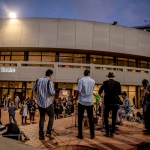 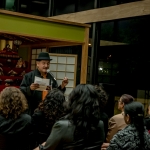 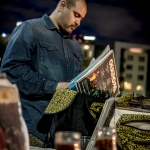 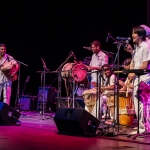 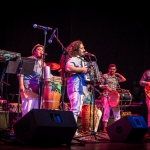 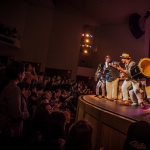 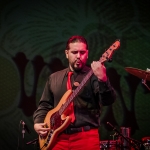 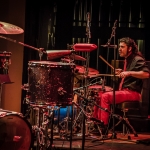 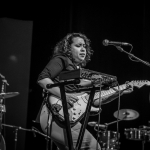 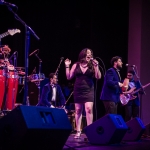 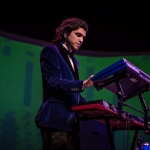 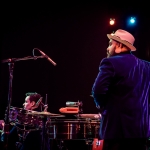 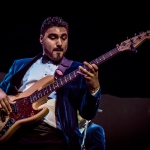 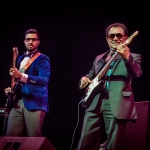 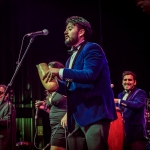 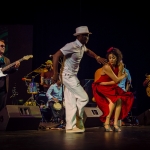 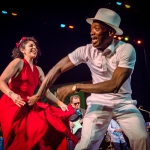 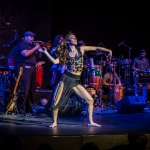