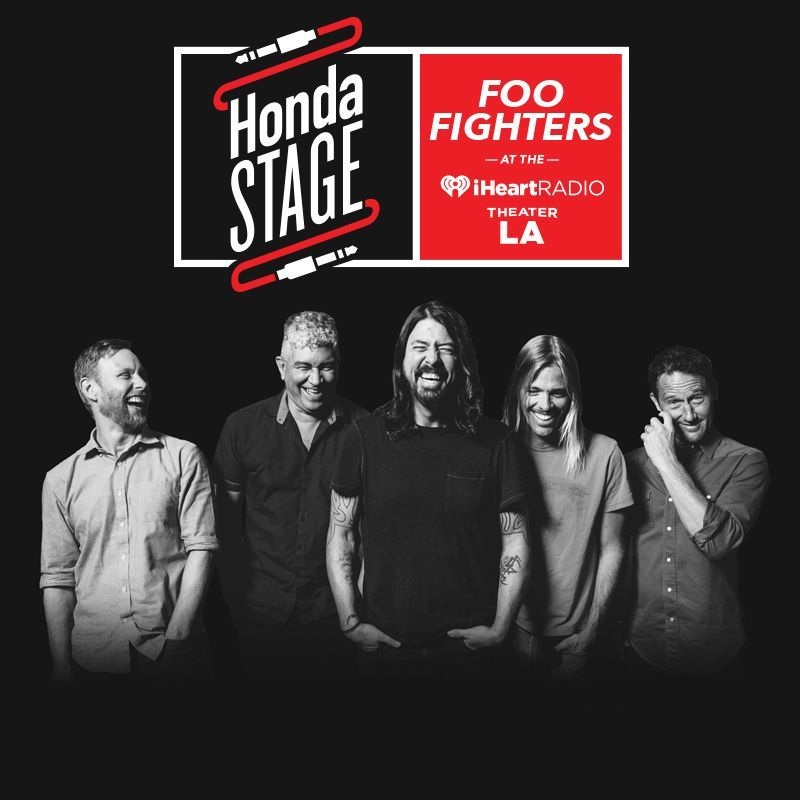 As previously reported, Foo Fighters have announced a very special performance presented by iHeartRadio on the Honda Stage on Tuesday, March 17th (yes, that’s St. Paddy’s day!). This exclusive performance is free and will house an intimate 400 or so fans. The only way to access tickets to this show is to score an invite, or take your chances at winning a free pair of tickets via iHeartRadio stations … or with Grimy Goods! That’s right! The fine folks at the Honda Stage and iHeartRadio Theater LA have hooked us up with a couple pairs of tickets to give away to some serious Foo fans!

The concert sponsored by The Honda Stage will be hosted by Chelsea Handler! This should make for a very cool Q & A session. Celebrating their 8th studio album, Sonic Highways, Foo Fighters will perform for an hour playing their new songs as well as their radio hits. The show will be streamed and broadcast live on iHeartMedia radio stations across the country. You can watch the broadcast here on Tuesday, March 17 at 7 p.m. PT/ 8 p.m. MT/ 9 p.m. CT/ 10 p.m. ET.

For a chance at winning a pair of tickets to Foo Fighters on the Honda Stage at the iHeartRadio Theater LA, enter the contest below!

2. Next, leave a comment on this post letting us know what are your top 3 favorite Foo Fighters songs. Be sure to leave your valid email address when leaving a comment so we can notify you of your win (if selected as a winner). Email addresses are kept private and are not seen by the public. Selected winners will need to reply to our email by 10am Tuesday, March 17th to confirm their win. Winners will also be verified that they followed all three steps of the contest.

TWEET:  Hey @GrimyGoods, I wanna win tix to the @FooFighters on the @HondaStage March 17 at @iHeartRadio Theater LA! http://ow.ly/KpqoK

FACEBOOK: Just leave a comment on our wall letting us know you entered our giveaway for a pair of tickets to Foo Fighters on the Honda Stage at the iHeartRadio Theater LA! Be sure to tag Honda Stage’s Facebook page in your comment.

Foo Fighters – Something From Nothing