In it’s fourth year, Burgerama has evolved to represent a hot bed mashup of angst-y teen culture and retro musical resurgence. Pulling in a line-up that impresses with it’s musical diversity (Bone Thugs-N-Harmony, Dengue Fever to Ty Segall) and inspires with its up and coming greats (The Garden, Michael Rault to Jacco Gardner). But what Burgerama really comes down to is three words; crazy, unpredictable, party.

The day two Burgerama party was started by hometown favorites, The Garden. These twin brothers are an energetic flurry that’s part glam, a little electronic and a lot punk. They take full ownership of the stage filling it with their presences as if they were a five-piece band instead of a two-man act. Their music is primal and raw that morphs into an explosion of energy on stage. They were somersaulting across the stage and even crowd surfed after reciting some poetry. The Garden twins are not easily defined but they know how to put on a damn good show even when jetlagged. It was the perfect way to start off the day.

After a disappointing no-show from Travi$ Scott, King Khan and The BBQ Show upped the party anty to the growing crowd. King Khan was dressed in a gold cape, a bondage style harness, spandex bottoms adorned with golden jewels and a mask. He looked like a Luchador crossed with a comic book hero. BBQ also wore a mask and a long sleeved costume that revealed just enough skin, his nipples. You never know what you’re going to get with this duo, but you can at least count on it being interesting. They got all the girls screaming by asking them to raise their fists in the air for “girl power.” Followed by an encouraging, “be proud of your vaginas and boobs or whatever you have.” Um, okay.

When Thee Oh Sees took the stage the Burgerama crowd was ready to cut loose. There were a few tech difficulties, but once it was ironed out Thee Oh Sees did what they do best, shred. Sweating and jumping front man John Dwyer got the fans in a frenzy. Kid and after kid was crowd surfing and coming over the barriers at the front of the stage. One by one they ran back down the barricade with huge smiles and ready to jump in to do it all over again. King Khan also made a “guest appearance” (maybe more drunken) onstage with his sidekick, a blowup doll. The crowd went crazy and there was no doubt that the Burgerama party was in full effect.

Inside on the Observatory stage the crowd was just as hyped for do-wop rockers Shannon and the Clams. Before they even plugged in the girls were screaming in anticipation. After seeing Shannon and the Clams now several times I love seeing how their fans fall more and more in love with them each time they play. During the set Shannon brought out a friend, a girl dressed as a fury gorilla. The gorilla bobbed and danced around while the fans sang all the words to every song. Then King Kahn showed up and became the gorilla’s dance partner. This is Burgerama so of course a gorilla and a Canadian Luchador would be swing dancing on stage.

As the day went on the party at Burgerama kept raging. And by raging I mean it in a rather respectful way. There is an undeniable raw energy that comes with so many teens of varying cliques thrown together for the love of music and party. Grimy Goods writer, Stephe Sykes, wrote about that on his coverage of day one. Even though it was crowded and hot, people treated one another like friends for the most part. It is a fun vibe that feels fresh and exciting. Jacco Gardner put it quite well when he said of his first Burgerama experience, “It feels a bit like a bunch of hippies here.”

Inside on the small stage in the Constellation room Burger Records set us up with a pretty killer line-up. Buzz worthy Michael Rault played to a packed room and then made time to meet with fans and sign copies of his vinyl out at the merch booth.

Dengue Fever melted the paint off the walls of the Constellation room with their intoxicating unique blend of world music. Their songs are stories that go beyond the auditory experience; they’re downright visual in how it awakens your senses.

The set from Netherland’s Jacco Gardner was beautiful and exactly like I had hoped. His music is a time machine and I was sitting in a Parisian café circa 1966 while I listened.

Burgerama’s main stage was closed out with none other than Burger’s main man on campus, Ty Segall. It looked like everyone at Burgerama had poured outside to see him play. There was toilet paper flying, water being thrown and sweaty bodies partying. The entire crowd seemed to move like one organism to the music letting out their last bits of party before heading home.

Burgerama four was a smash hit and I think it is only going to grow from here. The team at Burger Records has really hooked into something important and organic in the teen culture that seemed to be forgotten for a while. They found a place where everyone can be accepted whether you’re a do-wop fan, retro lo-fi aficionado, a hip-hop lover, a crazed punk or something in between, Burgerama is place we all collide and find the crazy, unpredictable party that is the gift of music.

Words & (Some) Photos by Anne-Marie Schiefer

All Photography by Monique Hernandez (unless otherwise noted) 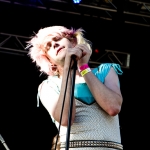 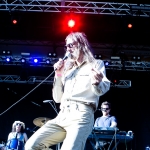 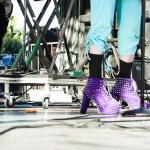 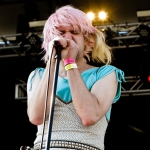 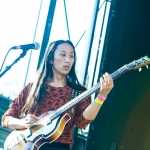 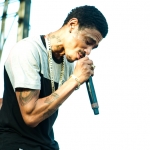 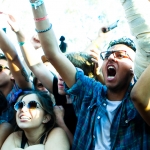 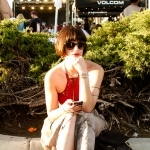 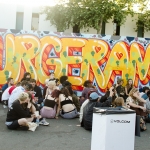 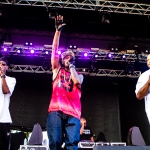 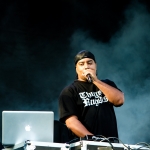 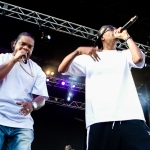 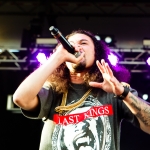 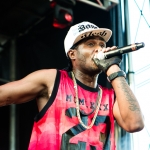 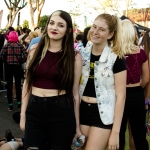 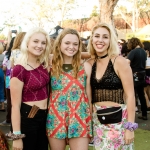 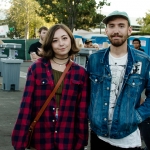 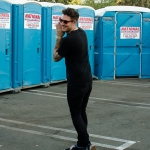 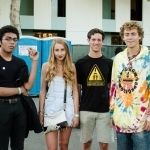 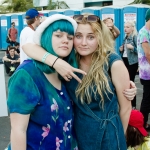 Photos: Burgerama 2014 brought out a wild sea of goth tweens and punks

Everything All The Time: An Interview with Burger Records’ Sean Bohrman