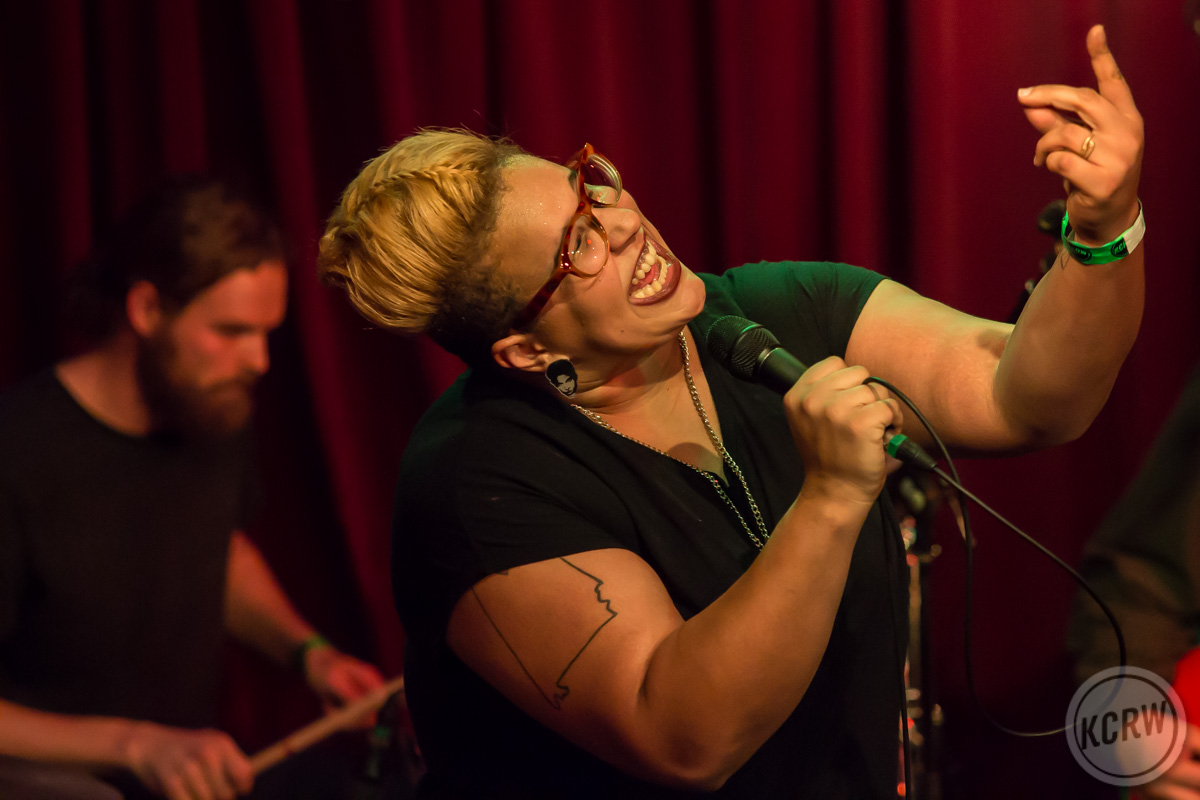 Just a few days removed from their second of two tremendous sunset Coachella sets, the soulful Alabama Shakes performed a much more intimate — and just as affecting — set at Apogee Studios yesterday in Santa Monica.

I myself had just returned from my second weekend in the desert, and anyone who has been to Coachella before can attest that it usually necessitates a 24-hour recovery period of doing nothing but sleep. This year, one hour of seeing Brittany Howard and her band was enough to shake me out of that funk. Not one minute into the set-opening “Miss You” and I was moving my feet as though I hadn’t just watched three straight days of live music.

Howard and her talented supporting members previewed material from their sophomore album Sound & Color, which drops today, Apr. 21. The show was streamed on NPR and can be found on KCRW’s Morning Becomes Eclectic.

Howard’s vocal prowess is on par with the Shakes’ songwriting. She had the studio hooting and hollering, unable to withhold their appreciation until the end of any given song. In between songs, Howard kept things light as she joked with the crowd. “Bring it!” one man kept shouting in between songs. Howard joked that it was coming right up, while others near me noted correctly that she’d done nothing BUT bring it the entire set. 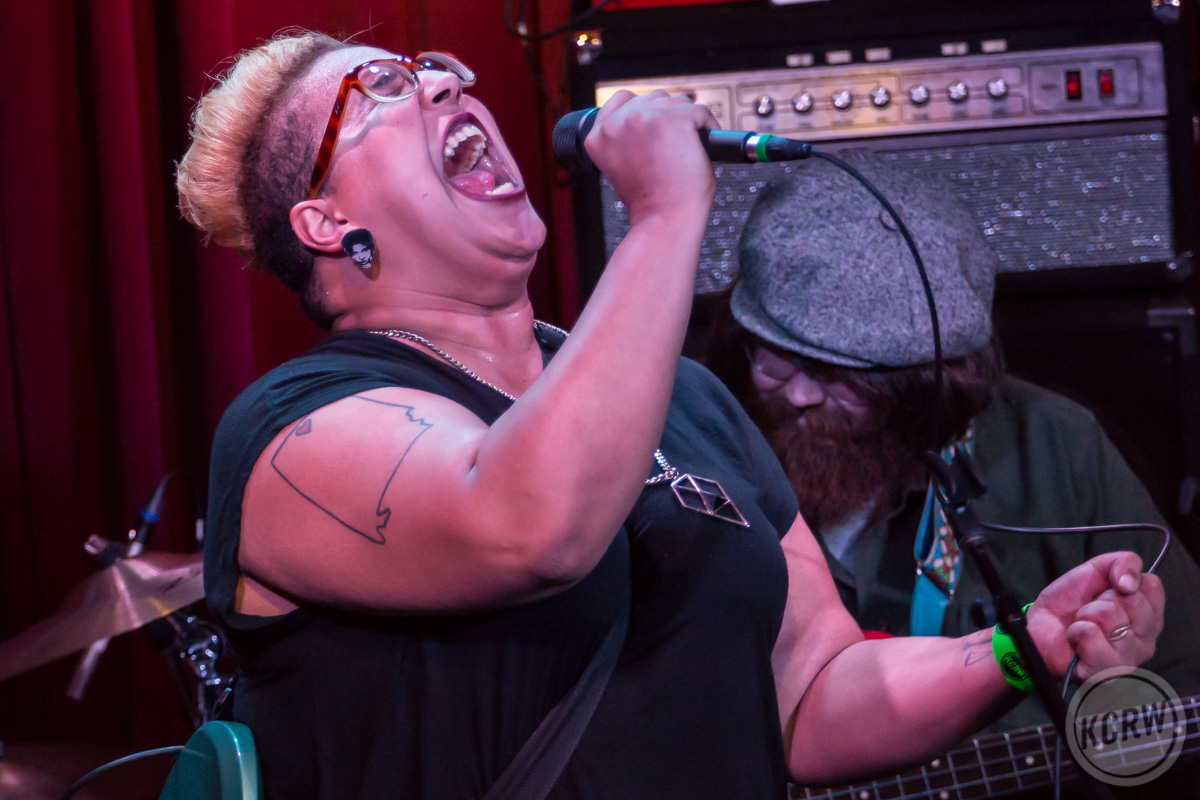 The new album is chock full of songs that will have you feeling all sorts of feels. “Don’t Wanna Fight” sounds as though it could have been an Al Green track, though Howard’s range is levels above.

Though Howard is the unquestionable star, there was a lot of talent on stage. From Zac Cockrell on bass to Ben Tanner on keys, the ensemble performed like a finely-tuned machine. The three backup vocalists provided depth behind Howard, with Lloyd Buchanan particularly shining on a number of songs.

By the end of the set, I felt like I had watched all the most emotional moments from the old TV show The Wonder Years consecutively. The Alabama Shakes have a sound that would have fit into that ’60s and ’70s themed show.

It took the Alabama Shakes three years to get that critically important second full-length album into our hands, but their performance Monday confirmed it was well worth the wait. 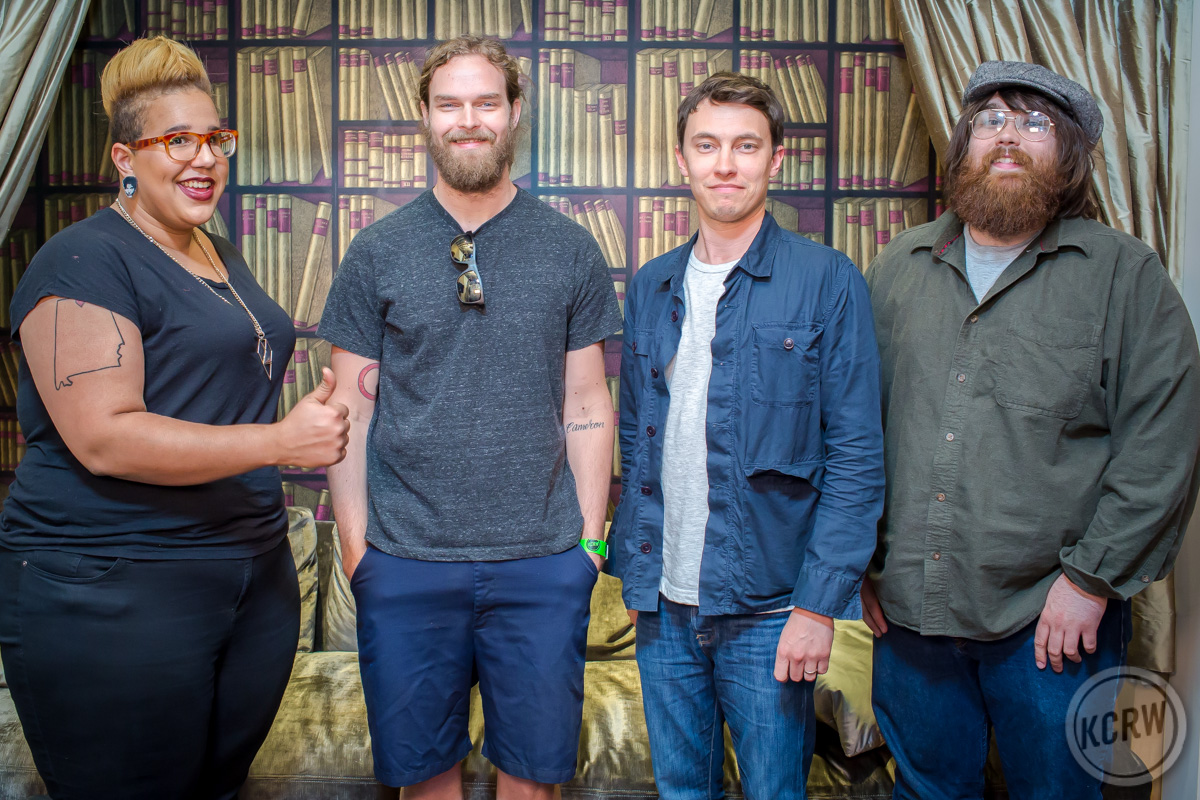 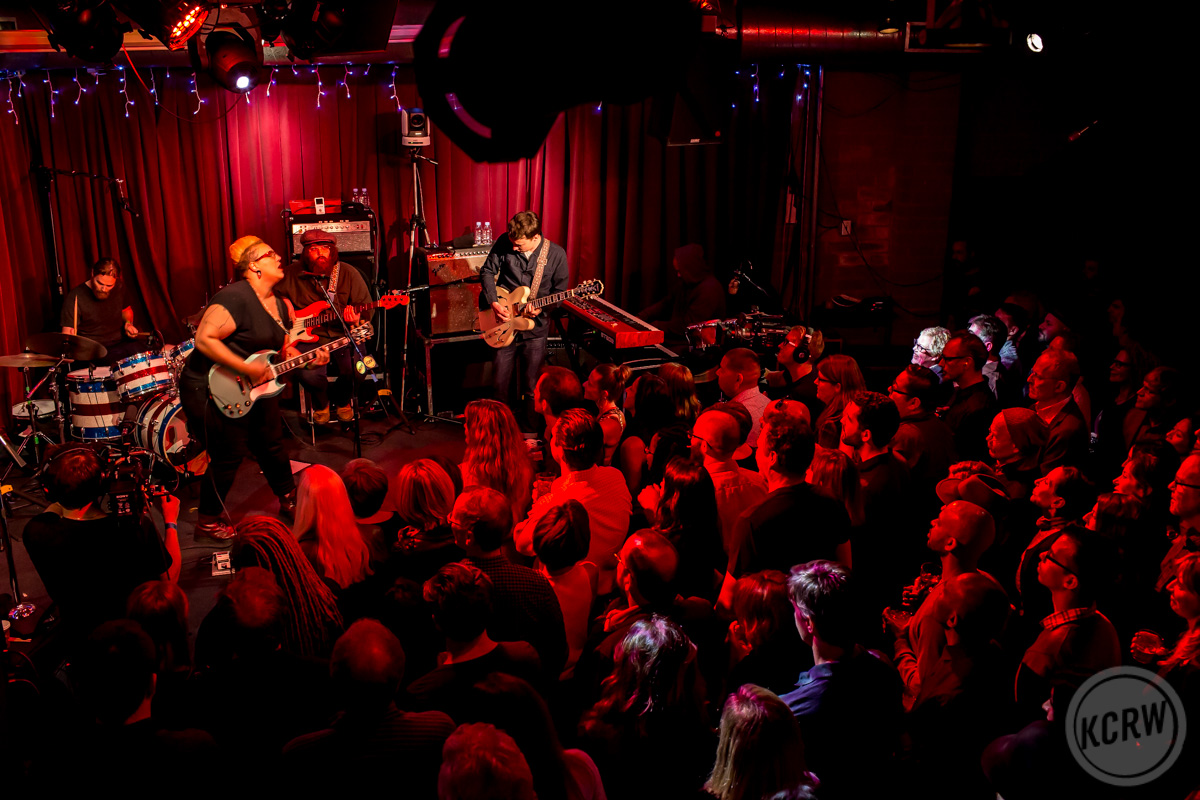 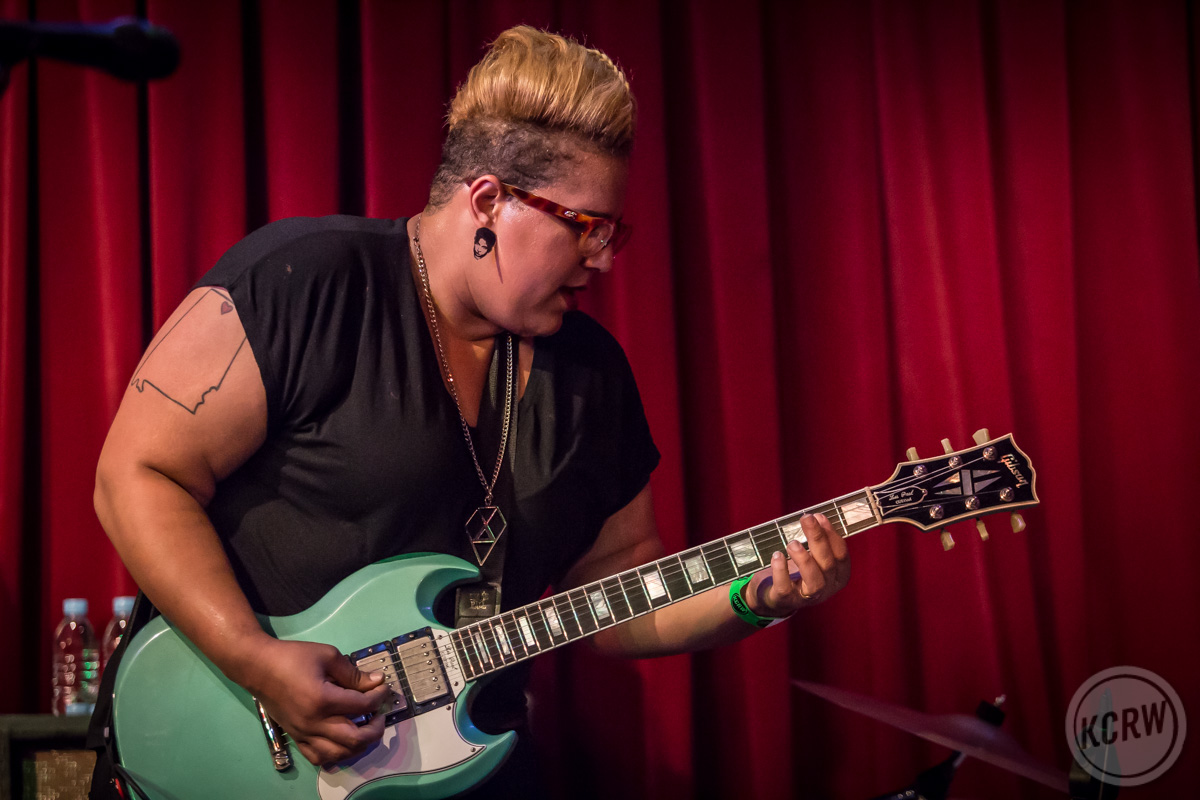 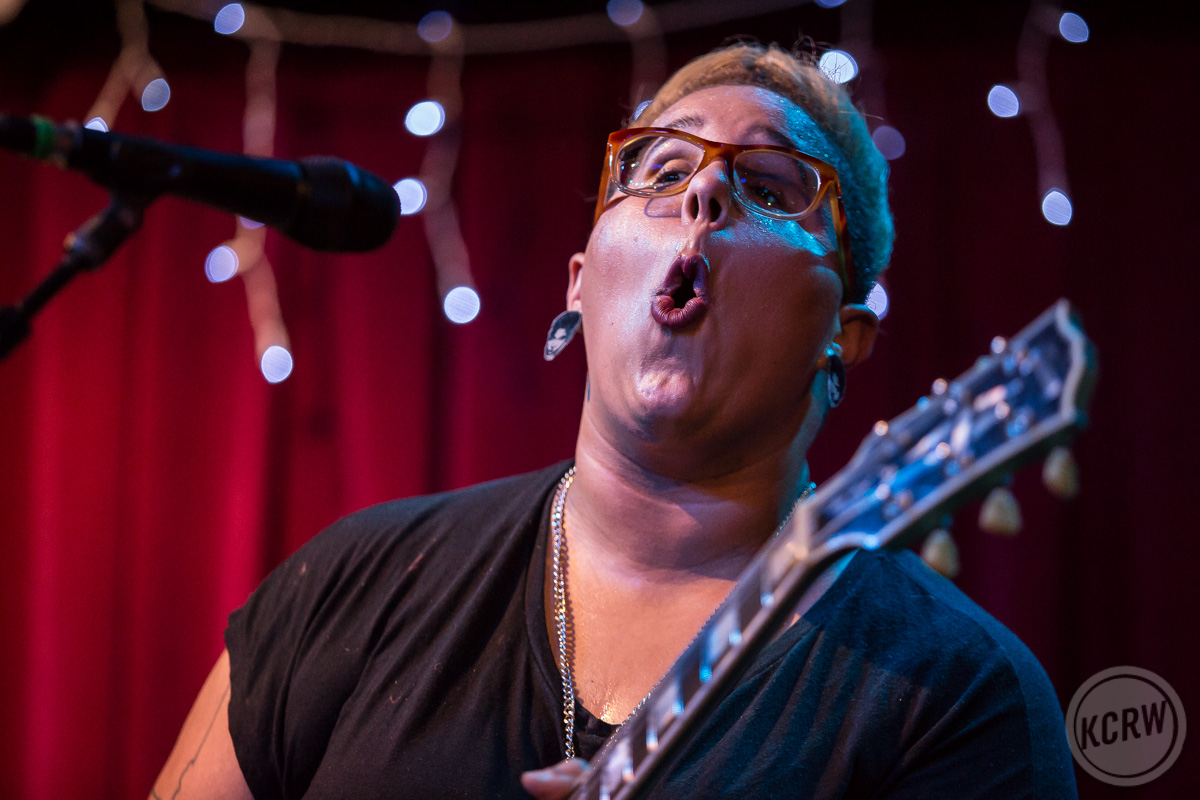