The weather forecast in Gulf Shores for day two of Hangout Fest was not looking great as the day approached. Somehow, the skies held up and it turned out to be a beautiful day packed full of awesome music and good times.

The headliners were upstaged by some of the talent on the undercard on a light Saturday.

The Saturday headliners were the Zac Brown Band on the main stage, and to appease the raver kids, Major Lazer closed down the Boom Boom Tent – the Hangout equivalent of Coachella’s Sahara tent for the most part. Not being a big fan of either, I took in about half of each set.

Major Lazer is comprised of Diplo and Damian Marley. Diplo performed as part of Jack U on Friday with Skrillex, while Damian Marley had a set of his own during the late afternoon Saturday. They didn’t look any worse for the wear and their reggae-themed EDM had the packed tent throwing fist pumps like it was the Jersey Shore. They brought out dancers and Diplo even got in a human-sized hamster ball and rolled across the crowd.

Zac Brown Band are a little too country for my liking, but their guitar prowess cannot be denied, and they threw in a slew of covers. From Led Zeppelin”s “Kashmir” to “The Devil Went Down to Georgia,” they had a little something for everyone. They even did Bob Marley’s “Three Little Birds,” bringing out Xavier Rudd (who also performed at the fest) out to join. The end of the set also featured a cover of Queen’s “Bohemian Rhapsody,” which featured attendees both young and old singing along.

The undercard on Saturday was not the strongest of the weekend with quite a few lulls (for my musical taste anyways). However, that doesn”t mean there weren’t more than a few standout performances.

Electro-folk duo Sylvan Esso have been turning heads on the festival circuit with their eclectic sound and singer Amelia Meath’s incredible vocal and dancing talent. That she was even able to pull off all those moves while rocking her signature platform sneakers is a minor miracle. “Coffee” may have been the reason most people were aware of these two, but they earned a ton of points with the crowd with jams like “H.S.K.T” and Nick Sanborn’s heavy bass and Meath’s enthusiastic vocals on “Play it Right.” I’m stoked to be seeing them again next week at Sasquatch.

Two sets that I got pulled into as I was walking around were Young Fathers and The Districts. I don’t know where to begin classifying Young Fathers’ genre of music – is it world music? Is it hip-hop? Whatever it is, they were brilliant on stage, using their unique vocals to provide some rhythm to their songs while another member banged away on the drums. They’re definitely someone to keep an eye on.

The Districts reminded me a bit of if the lead man of Band of Horses fronted Jimmy Eat World – which from me is a big compliment. Their energy on the BMI stage was high despite not playing to a massive crowd.

ODESZA was one set that was made infinitely more enjoyable by the crowd. Everyone was feeling it and it built towards the most incredible dance circle I’ve ever seen at a festival. People were doing backflips, with enthusiastic but untalented dancers getting into the mix as well to the encouragement of the surrounding crowd. It’s always awesome when you see people let loose that in other circumstances might be self-conscious – trust me, I’ve been there many times.

In separate sets, Talib Kweli and Damian Marley turned in solid sets in separate performances. As could be expected, there was a billowing of pot smoke for the entire duration of Marley’s set as he brought the jams.

Perhaps the highlight of the night was Father John Misty’s intimate and often weird set on the Palladia stage. It was a great booking choice to put him on that stage as the sun began to set behind the dark clouds that thankfully never opened up. The organizers of this festival seemed to have a great feel for what sets would work in that time slot – as you’ll come to learn more about in Sunday’s review with Phantogram.

The only unfortunate thing was that his set wasn’t well attended with Skrillex spinning on the Beach stage at the same time. They missed out on FJM getting up close and personal with the crowd as he and his band rocked through some excellent songs. At one point, FJM went into the crowd, took a fan’s bubble gun and began spraying it into the crowd. Later, a ton of really large inflatable swans went flying into the crowd. At one point, one fan even managed to climb on top of one and sit atop the crowd for a second. FJM himself pulled a swan on stage and sat on it lovingly.

FMJ’s between-song banter was on level with his awesome tunes. “Hey Coachellaaaa….nevermind,” he said early in the set to much laughter. For “Bored in the USA” he brought a fair amount of people on stage to sing along, undoubtedly a highlight of the festival for many who were lucky enough to partake.

Overall, Saturday was the weakest day musically, but it didn’t detract at all from the experience. There’s just something special about catching live music of that level on the beach, and the real headliner that day was probably the location and the weather. Things would pick right up Sunday early in the day as you’ll come to find out.

Want more photos from Hangout Fest 2015? Check out the photo gallery below! 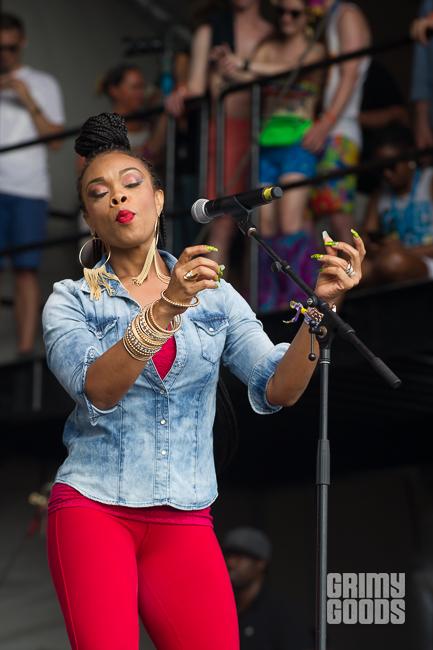 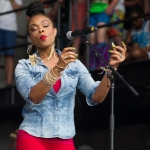 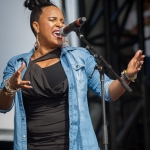 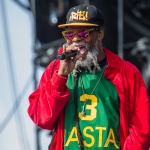 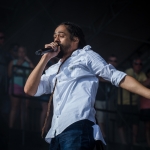 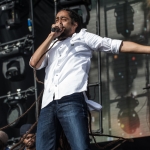 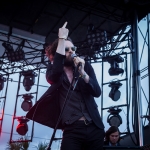 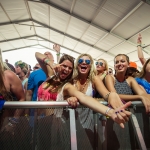 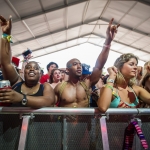 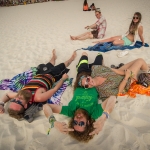 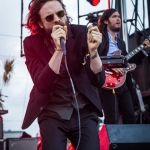 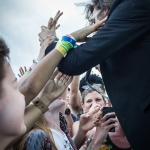 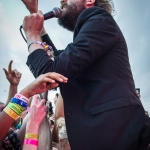 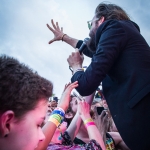 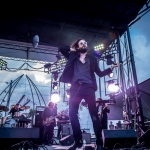 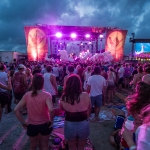 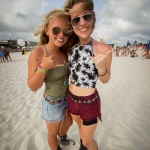 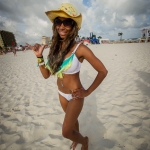 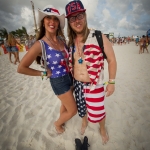 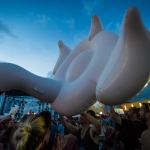 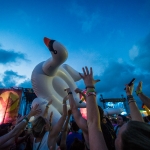