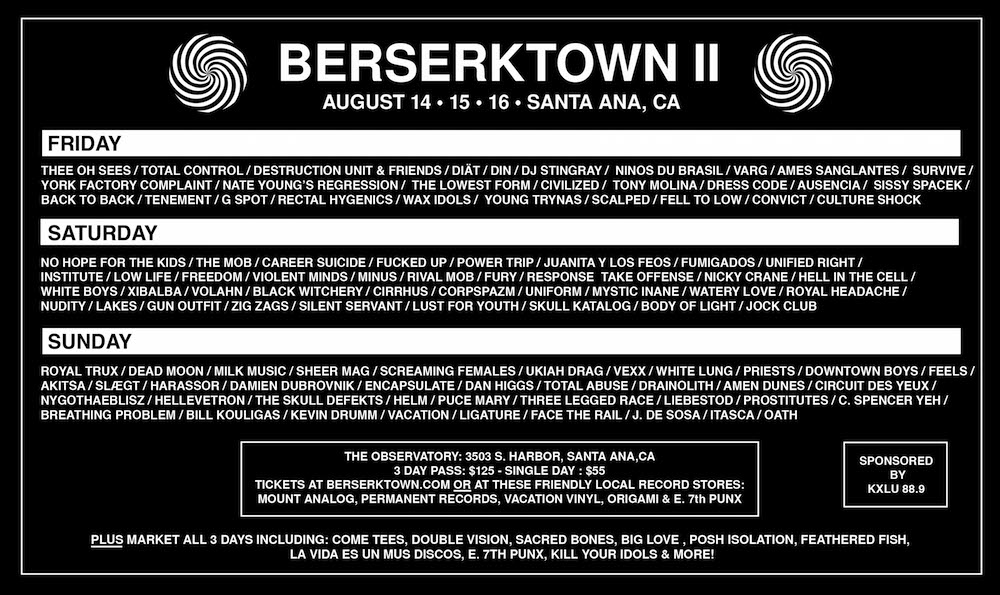 Berserktown festival has grown out of its britches and is taking over the Observatory in Santa Ana this August 14-16th. For those that missed the inaugural Los Angeles Berserktown festival at Los Globos last year, you’re in for a way better treat this year. Brought to you by Graeme Flegenheimer of the Church Off York, one of the many Berserktown festival organizers—this year’s lineup is a great contender for FYF.

“Getting its start with Austin at E. 7th Punx, I started Berserktown here in L.A. because we wanted to bring a lot of friends and rad artists to Los Angeles,” shares Flegenheimer. “At the time both our DIY spaces had police trouble and Los Globos offered to help us… so we had one month to put together the first Berserktown.”

With a lineup much bigger this year, a need for a bigger location was in high demand and after possibly housing the second annual Berserktown festival at The Regent in downtown L.A., the decision was made to move it to the Observatory. 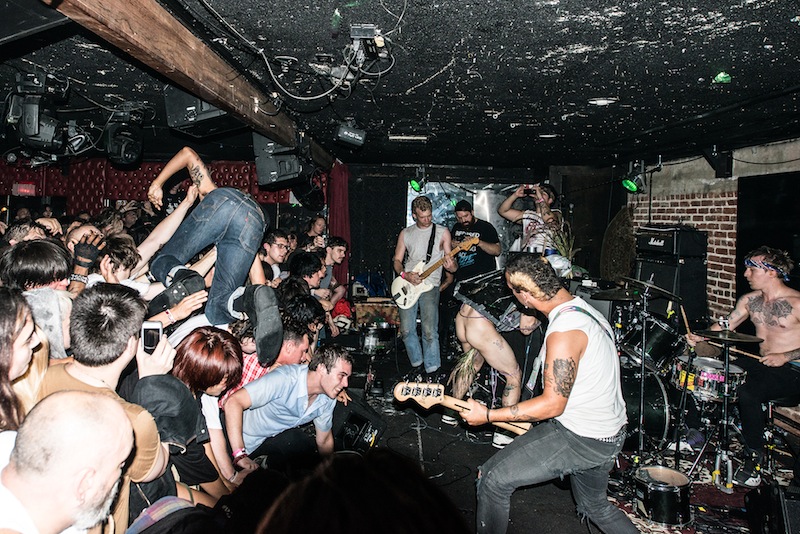 This year’s Berserktown festival lineup features two highly anticipated reunions: The festival will see Royal Trux reuniting after 15 years, along with Danish punks, No Hope For The Kids.

“Royal Trux was added about a week before we were set to announce the festival,” explains Flegenheimer. “I did a show with Neil Hagerty (guitarist of Royal Trux) and we chatted about Berserktown and everything  just kinda snowballed from there. As for No Hope For Kids, they are a sick Danish band. Before Iceage and this current bunch of Danish punks, they played one brief East Coast tour in the US and then broke up. They sound like Los Angeles 80’s punk. Incredibly excited for them.”

“I think it is unique bill, and it’s totally different from any other festival we have in the Los Angeles area,” shares Flegenheimer. “It’s a mishmash of what I listen to regularly. It’s not based on whose tour is being routed through Los Angeles or album cycle promo. It’s strictly what myself and Oscar (who co-books) are currently enjoying and listening to.” 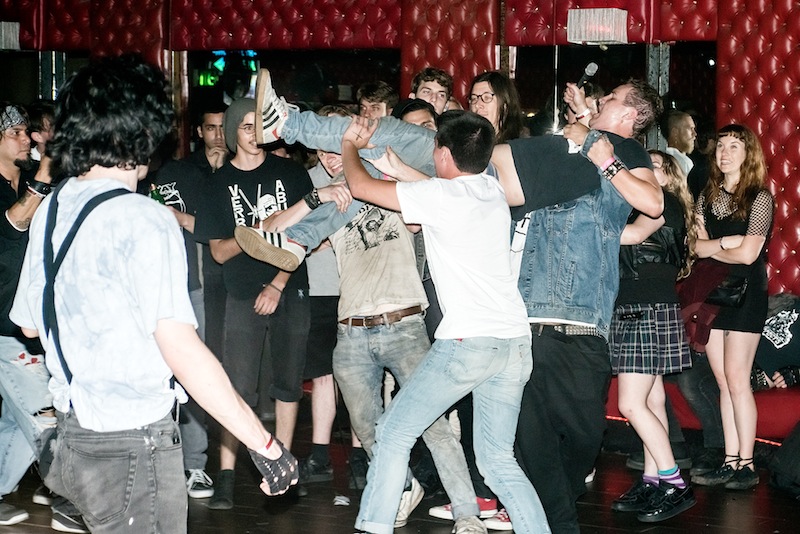 Berserktown festival at the Observatory will feature two stages and an outdoor dance/noise tent. Festival organizers will be utilizing Thunderhorse Production (Kelela, Gatekeeper, Sky Ferreira) to create their own little nightmarish dance freak zone. It’s looking to be quite the hedonistic experience.

For those headed to three days of Berserktown festival at the Observatory in Santa Ana this August 14-16, prepare yourself for an idiosyncratic experience. It’s going to be hot, so be sure to keep those bodies hydrated with plenty of water so you can last all weekend, and don’t be afraid to open yourself up to something new. This isn’t Coachella, so get yourself outside of the box and ready to enjoy something fresh.

“See stuff you have no idea about,” recommends Flegenheimer. “There are lot of bands who don’t play often or come out West. Go see and experience new things.”

In celebration of Berserktown, festival organizers will be rolling out a bunch of shows at the Teragram Ballroom around Berserktown festival dates. Stay tuned for further announcements.

Single day tickets to Berserktown are priced at $55 with three-day passes at $125. There are also payment plans available! For more information about Berserktown festival, and to purchase your tickets, visit their website.