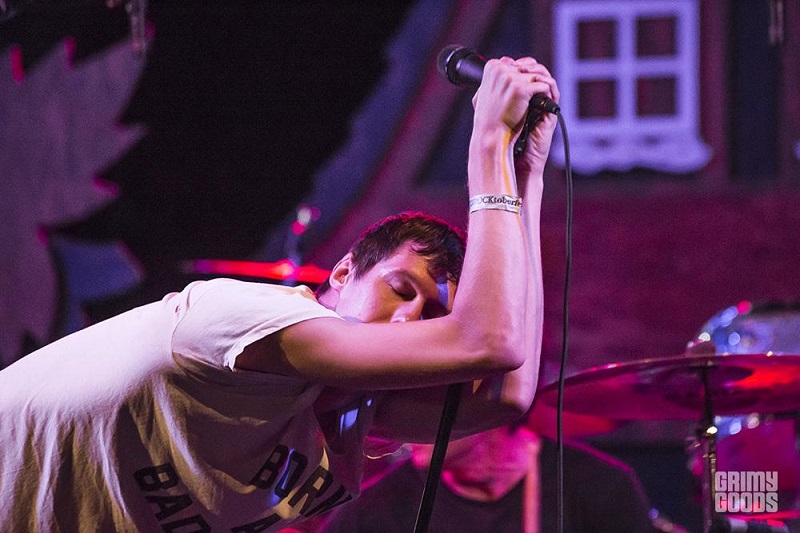 If you haven’t seen or heard about Head Wound City, well now is your chance! What began 11 years ago came to a halt after their self-titled debut EP was released in 2005, but last year at the annual BEDROCKtoberfest, Head Wound City surprised us all with a return show (check out the amazing footage down below). The band features Jordan Blilie and Cody Votolato from The Locust, Nick Zinner from the Yeah Yeah Yeahs, and Justin Pearson and Gabe Serbian from The Locust. Together they will shred your ears off at the Echoplex on Friday, June 26th. Loma Prieta supports.

Tickets to Head Wound City are priced at $13-15, show starts at 8:00 pm, and the event is all ages. You can purchase tickets or try and win a pair of tickets with us by entering the contest below!

First make sure you’re following Grimy Goods on Twitter here and/or “like” our Facebook page here. Next, email ggcontests@gmail.com with your full name for guest list and a clever reason why you want a pair of tickets to Head Wound City at The Echoplex. When you’re done with your email, send us a Tweet so we know you entered the contest or you can post on our Facebook wall. We’ll select a winner that has done all of the above mentioned. Winners will be announced via email, Facebook and Twitter on Saturday, June 13th. Winners will have until 10am Sunday, June 14th to reply back to our email and confirm their win.

FACEBOOK: Just leave a comment on our wall letting us know you entered our contest for tickets to Head Wound City at The Echoplex on June 26th!

BEDROCKtoberfest goes out with ferocious bang from Head Wound City