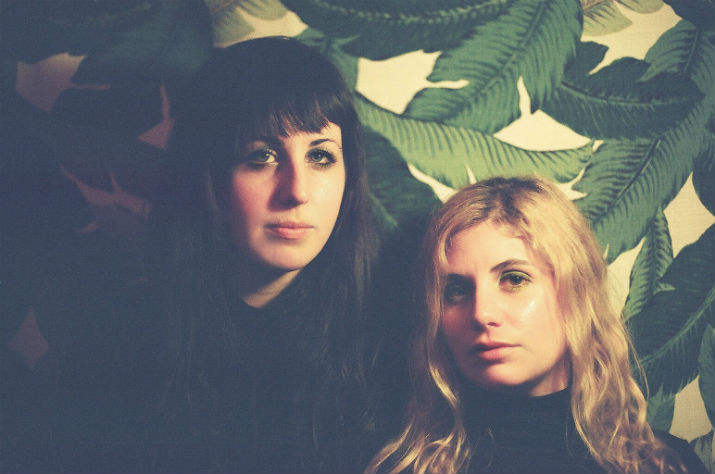 Grimy Goods have been fans of Brooklyn punk outfit Sharkmuffin since we caught wind of them early last year and presented their knockout show at The Satellite. When we learned that the duo of Tarra Thiessen (vocals, guitar, theremin, pocket piano) and Natalie Kirch (bass/vocals) were set to release their debut full-length, Chartreuse on August 7th via State Capital/Little Dickman Records, our ears perked up and our expectations were set high, anxious to hear what would be on the other side of our headphones.

Sharkmuffin have taken this record to the nth degree, making Chartreuse, what I would consider their best release to date. This full-length debut travels a more complex path through the emotional eccentricities of grunge, and that signature “punk-punch-in-the-gut” sound and energy of previous EP releases. But with Chartreuse the music has been fine-tuned as they’ve upped their production game, going from lo-fi fuzz to polished, yet never coming off waxy and over produced.

The band also brought acclaimed drummer Patty Schemel (Hole, Death Valley Girls) on board, keeping those pounding punk rhythms coming at you strong and steady throughout the course of the listening experience. While the entire album clocks in just under 20 minutes, the band finds a way to squeeze out an immense amount of feeling within that short period of time, to which I tip my hat. You can pre-order the album here and stream in full via Consequence of Sound here. 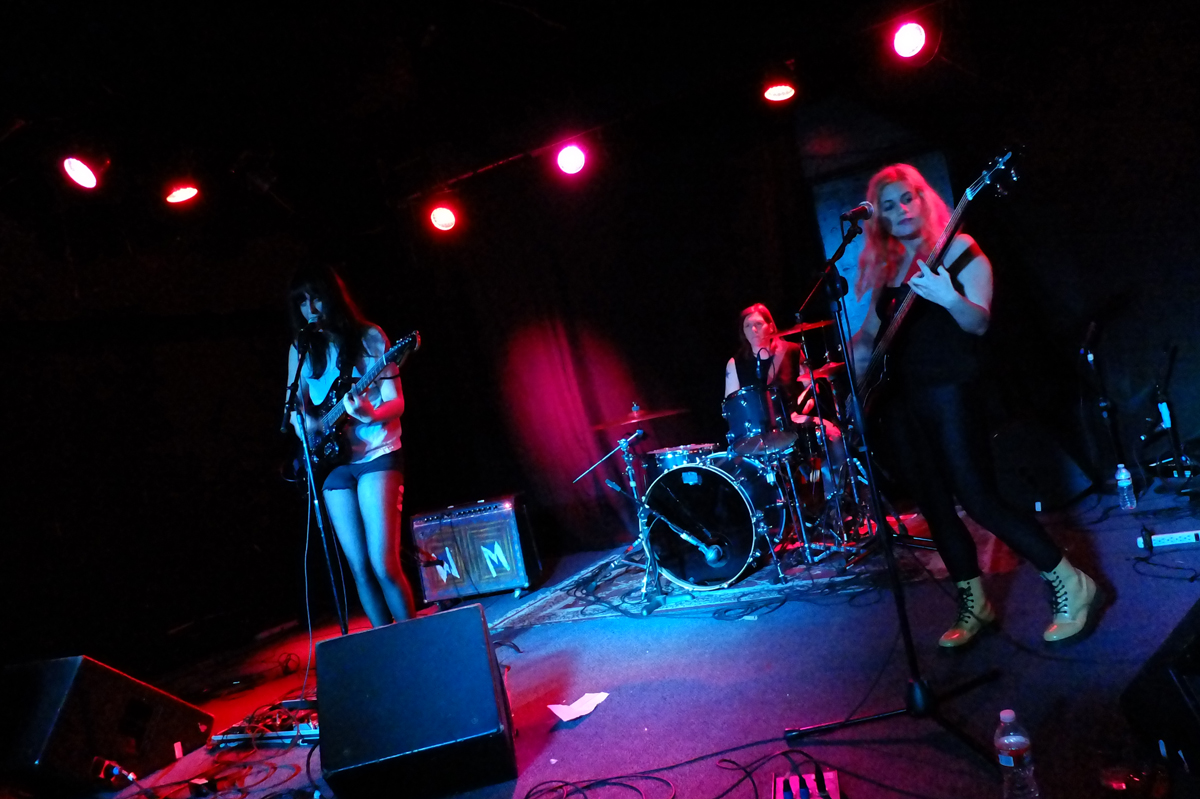 Title track, “Chartreuse,” is a perfectly catchy number that manages to grab you and swing you around until you’re left in a gleeful tizzy.

“Secrets” has me selfishly reminiscing on some of the great music of the ’90s with its melodically inclined vocals atop searing guitar leads and driving drums. It could easily fit into the realm of old-school Sleater Kinney, Veruca Salt and Jane’s Addiction.

The aptly titled “Mondays” is all about unexpected chord changes that rock. The kind of song perfect for listening to while splayed out on your bed with your headphones on, drowning out the outside world.

We chatted with the lovely ladies of Sharkmuffin to get the scoop on working with badass drummer Patty Schemel, the music video for “First Date,” Sharkmuffins in music and movies, and even Sharkmuffin ice cream!

TT: I would describe it the same way Wikipedia describes the liquor: sweet, spicy and pungent.

GG: You guys worked with drummer Patty Schemel on this album. Tell us about your experience working with Patty and what the writing/recording process was like for Chartreuse.

TT: Patty is the best! It was super serendipitous to get to work with her, especially after being so heartbroken about our original drummer, Janet LaBelle’s arm injury. Hole was one of my biggest inspirations when I started to play music, so I was really nervous at first but she was super chill and we had a great time!

NK: She’s obviously an incredibly talented drummer, so we were thrilled to have her on board. She’s also a really relaxed and interesting person, so we enjoyed getting to know her outside of the recording process. As far as writing is concerned, each song has a bit of a different process. Sometimes Tarra will bring me a melody or a guitar part and I’ll write a bass line. Other times, we’ll scheme up lyrics together, or I’ll bring her a bass line and she’ll write over it. One of the songs I came up with the guitar part an she came up with the vocal part all on the spot. 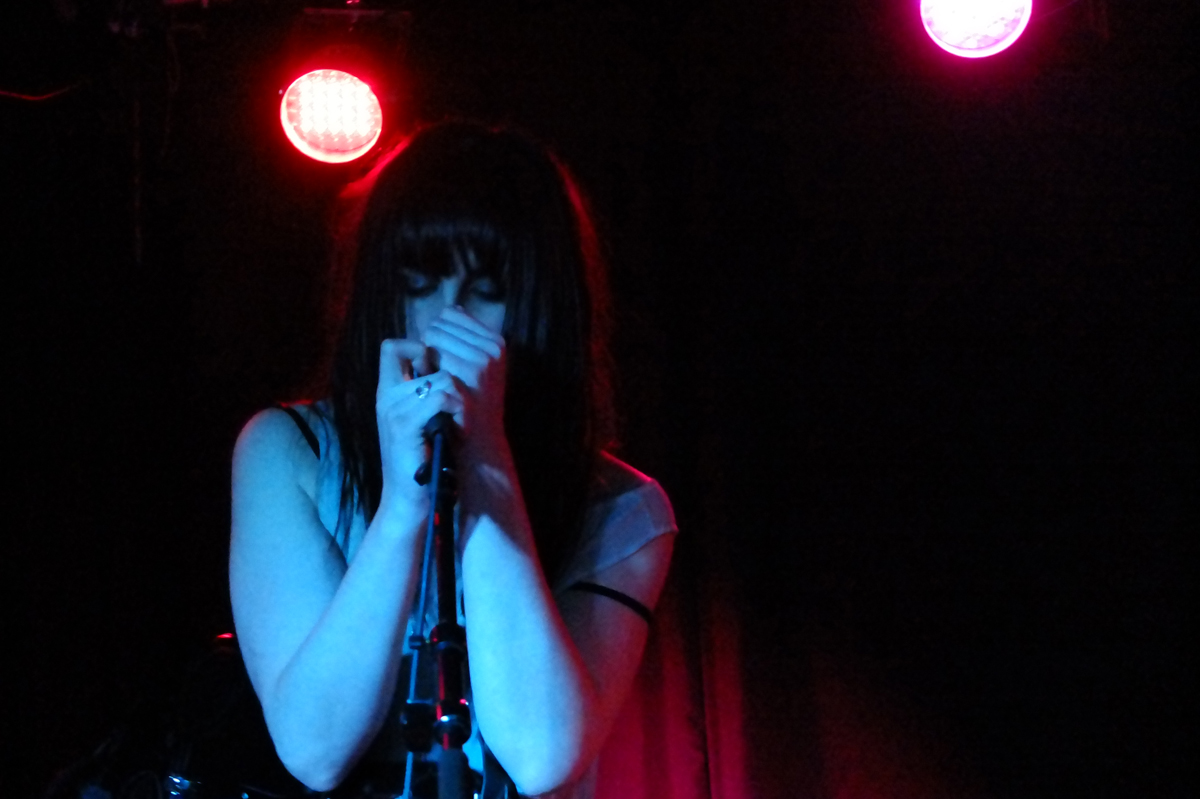 GG: You recently released a music video for “First Date” where you both go on a Tinder date with a guy (played by Mike Lande of Happy Lives) who dashes between the two dates, only to get caught red-handed in the end. Tell us about the inspiration / story behind the video. Was it inspired by a real life experience?

TT: Mike Lande was totally the inspiration since he is the Tinder King. He was even on another (real) date while we were filming the video! But it wasn’t based on any true story, just what I imagined he might do if he had the chance.

NK: I have personally never used Tinder, although I’ve had bad first dates, so I’ll leave this one to Tarra!

TT: Well, the only person I ever met on Tinder pissed in my brand new bed and moved back in with his mother.

GG: The Sharknado 3: Oh Hell No! Soundtrack features tracks from the likes of Camper Van Beethoven, East Bay Ray (Dead Kennedys) and more. If you could add any song from Chartreuse onto the soundtrack, which song would it be and why?

TT: “I Called You from the Moon,” specifically the end of the track would be good for an apocalyptic Sharknado scene.

NK: “Now” – it’s fast, loud and kinda scary. Also has some surfy parts to it.

GG: In a previous Hot Band Alert we did for Sharkmuffin, Tarra, you mentioned that Scully from X-Files could totally be a Sharkmuffin. What are your thoughts on the upcoming X-Files reboot (with Lauren Ambrose playing the new incarnation of Scully)?

TT: The only thing I saw Lauren Ambrose in was Can’t Hardly Wait and her character Denise was also a total Sharkmuffin. So I have faith in her Sharkmuffin abilities, but I’m also skeptical of most reboots/revival series.

GG: What musicians/artists are you currently into/listening to that you would also consider Sharkmuffins?

TT: Caroline Yoder of Fruit & Flowers is a sharkmuffin, as is Lydia Gammil of Total Slacker & Daywalkers, and Natalie Kebob of Nytyly. Sharkmuffins are positive badass bosses.

NK: A lot of our buddies in NY bands like the ladies of Granny, Fruit & Flowers, BOYTOY, the frontwomen of Charly Bliss and PILL. In terms of more well known acts, Karen O, Kim Gordon, Kim Deal, Patty Schemel, Ronnie Spector. Basically any lady who is both sweet and sassy, who can hold her own, but is also sensitive to her own needs and the needs of others.

GG: I heard that you two are foodies and recently came up with your own Sharkmuffin ice cream. Please describe it!

Watch the video for “First Date” below. 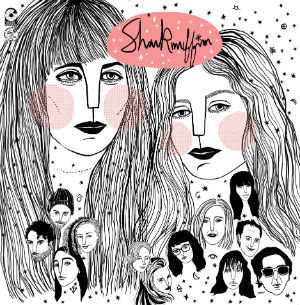 No Los Angeles concert dates currently lined up but stay tuned to their website for updates!

Hot Band Alert: Sharkmuffin – These Ladies Deliver a Punk Punch in the Gut That Hurts So Good