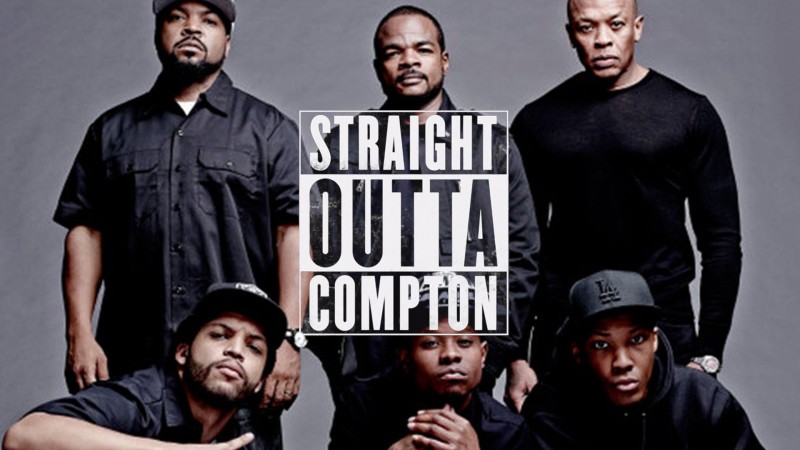 Biopics aren’t known for their socio-politcal impact. Few of them ever do more than crystallize an accepted artistic narrative into mythos. They aren’t supposed to talk about issues larger then their subject. They may skirt with race relations, but it isn’t the focus. They don’t talk about police brutality, unless the subject is the one brutalized. So, how in hell did Gary Gray just make one of the most compelling films of the year? In a genre as bland as the biopic, how could you singlehandedly remake the formula?

The answer is, you live it.

A longtime resident of Los Angeles, Gray experienced NWA firsthand. Like so many fascinated by the rap group, he felt camaraderie in their music. “I couldn’t believe I was listening to guys talking about our lives like that.” He reminisces over the phone, “It was very close to home.”

That home is famous for all the sort of violent brutality that pops into your head when you read the words South Central. A place of profuse police profiling, gang warfare, riots and some of the greatest rap that has ever been made.

As such, Gary Gray isn’t content to let you romp through a drug haze for two hours of flashing lights and adoring crowds. That’s not how the music industry really works. That isn’t Compton. There are probably two concert scenes and they both end in arrests. There is, like, one pool party, during which Eazy E is mostly getting fucked over by his (white) manager. Blue and red become decisive barriers. The Rodney King riots burn the city to the ground. Shit is real.

But this is a movie about the music, and it’s a form of music that was Gary Gray’s first love. He got his start directing videos for TLC, Outkast, Ice Cube and Jay Z. He lived in the hip hop world about as long as he’s lived in LA. And when we speak about rap, diss tracks, and who’s killing it right now—he lights up. He doesn’t seem jaded by the myriad symptoms of the industry. He’s a fan as much as he is a collaborator. On paper, Straight Outta Compton should just chisel the story of the rumbling snarl of three kids from Compton, but it becomes something much more: a stridently relatable tale of Los Angeles, social unrest and a new era in music. 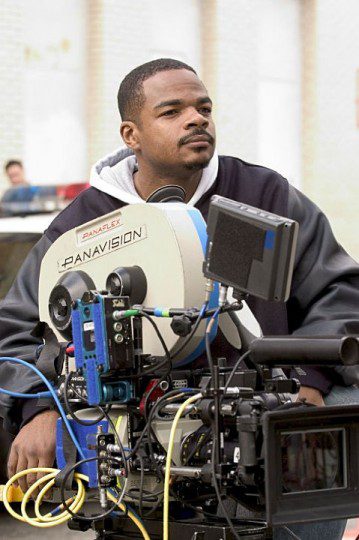 GG: So much of what fascinated me about this movie was the in depth coverage of the goings on within the industry. We see [N.W.A] create a label, get stuck in contracts, who owns what/who, how you can go on tour and make no money. All of that was so new and real to me. It was a totally different focus from the standard biopic tropes. I wondered if maybe you emphasized that in the movie because everything was so new at the time. Creating a new label, a rap record Label, was a totally new thing.

Gray: You gotta remember, they didn’t have any examples! The closest example was probably Barry Gordy and Motown, and that was decades earlier.

They were just kids. Cube was 16, Eazy was, maybe, 20 years old. You had guys who didn’t go to business school; they just went off of their instincts. They came from destructive environments and were just winging it. To build something like that, without the benefit of seeing a Bad Boy Records… or any type of record company that you could learn from, to create from. They were the beginning.

I would argue that a lot of these successful independent companies would be different if there wasn’t a Ruthless Records.

GG: What was your first experience with NWA’s music?

Gray: I was on my block, in South Central LA, on 126th St and Normandy. I couldn’t believe I was listening to guys talking about our lives like that. It was very close to home. They spoke about things that I either experienced firsthand or witnessed. That was shocking to me.

The other thing was the honesty, the brutal honesty. We were so used to packaged entertainment and for these guys to stand up and unapologetically be themselves was refreshing and potent and raw.

GG: How soon after hearing their music did you meet and start working with Ice Cube? You directed his video for “Today Was A Good Day,” so it must have been pretty early on?

Gray: It was actually before that. I met Ice Cube when he was with WC and The Maad Circle. WC had a group before he joined Westside Connection. And William Calhoun was responsible for introducing me to Ice Cube.

Ice Cube did a feature on a song called “Dress Code” and I directed that music video. It was my directorial debut.

We hit it off. He got the sense I knew street culture, LA culture, and he knew I was a director/cameraman. I think he knew that I understood the authenticity of the neighborhood and how to tell a story.

After that we did “True to the Game” we did a few more music videos leading up to “It Was A Good Day” and that turned into our first film, Friday.

It was a little daunting to direct him in Friday. He had such a hard-core persona back then, after Boyz In Da Hood and all those solo albums he put out. He was being that hardcore gangster rapper. To put him into a comedy then, that experience was terrifying. Because, if I got it wrong it could’ve been the beginning and the end of my career and the end of his. I was lucky it worked out.

GG: There is a scene in the film where the police declare, “Rap is not an Art.” Do you believe that has changed?

Gray: I think so. I think most people understand that there is a difference in approach, style, region, content, and because of all the differences out there I hope people consider it Art now. Especially since hip hop has been around for forty years. It’s not considered a passing fad. It’s not a phase.

GG: What do you think of the current state of the culture?

Gray: It’s like anything else. There are highs and lows. Certain artists that stimulate you with their music or lyrics, certain [artists] do the opposite. Personally, I like what Kendrick Lamar is doing. I like what J Cole has been doing. I can’t say I keep up with all of it—but—all in all, things are interesting out there.

GG: There has been a lot of talk about diss tracks in the news lately. Do you think that aspect of hip hop has diminished a bit since the heyday?

Gray: It’s part of the culture. As long as it stays on wax it’s healthy, it’s entertaining. But it does feel a little less potent nowadays. I don’t know if that’s good or bad.

But I consider “No Vaseline” one of the best of all time. That’s why I put it in the movie. It wasn’t in the original script, but I said ‘there’s no way you can tell this story without putting “No Vaseline” in the movie,’ there’s just no way.

After you experience “No Vaseline” in the movie, or even firsthand, [it makes] some of the stuff now lukewarm. Like, it’s just cool.

I did like Kendrick Lamar’s, what was that, “Control”?

But, the ones that stand out really stand out.

Y’know, the stuff with Nas and Jay, that stood out. The earlier stuff with Moe Dee and LL Cool J, Roxanne and Shante. Some of that stuff was really interesting, it had a lot of personality and humor, y’know, punch.

GG: If NWA put out their music today would it have the same resonance that it did then?

Gray: It depends. It’s a great question. But, it does depend.

But, there was a ripple effect that started with NWA. In music, in hip hop, in entertainment, in movies. The honesty that they triggered with the music they made in the late ‘80s created a culture of honesty, and be-yourself and edginess. If that culture is what it is today than maybe their impact would be different.

But if, in 2015, our experience with entertainment is packaged, homogenized, pedestrian, politically correct entertainment, than yes; they would definitely have the same impact. To break out and be honest and not serve polite society just because, or to do it for a buck, it would have a huge impact.

GG: In a way it does seem that artists now are staying safe. No one is really making seriously honest hip hop that talks about something. Do you think artists now are more timid, or scared to be honest?

GG: But, NWA had repercussions for the things they said.

GG: And they didn’t seem to care. So what is the difference now? Do you think, now, that the repercussions feel closer to home?

Gray: [Laughs] yea, you can end your whole career with one tweet. One flip of the tongue, there goes your life! I think artists are a little cautious, some are paralyzed by that.

GG: Is there a way to work around that?

Gray: Honesty comes with a price. It depends what price your willing to pay. I think that is part of the charm and the power of NWA. They didn’t care.