Ben Harper & the Innocent Criminals began winding down their tour Friday night at the Greek Theatre in Los Angeles, packing a ton of material into two-and-a-half hours.

With a catalog that spans 20 years worth of material, Ben and Co. touched on a little bit of everything over the course of their 21-song set. Harper’s many dimensions lended itself to the set’s length as he alternated from playing lap steel to acoustic guitar throughout the night.

A few songs in came “Forgiven,” one of the jammier songs in their repertoire. This tour began in March in SF (we were there), the first time Ben had played with the Innocent Criminals in eight years. Seeing Juan Nelson go on a wicked bass solo during the song made you wonder what took them so long to hook up again. He was a crowd favorite and provided a spark that was missing from other Ben Harper projects in the years during their hiatus.

“Burn One Down” is the pot smokers’ anthem, but at the Greek there weren’t as many people lighting up as I’d seen at The Fillmore in SF and at Bonnaroo — perhaps due to the seated nature of the show. Percussionist Leon Mobley especially shined during this part of the show.

Nelson again provided a sweet bass line during “Alone” and Harper continued the momentum on “Excuse Me Mr.,” which had people shouting in approval. Some of my least favorite Ben Harper songs were his more rocking tunes, but they take on such new life in a live setting when the band can let loose and jam. “Don’t Take That Attitude to Your Grave” was one such song, which Harper preceded by mentioning his dad dropping that line on someone who had wronged him in traffic.

Harper dialed it back during “Welcome to the Cruel World,” a point in the show where too many people found it okay to talk loudly with each other. Harper won them over with his cover of Marvin Gaye’s “Sexual Healing,” a cover song that brought Harper a fair amount of exposure when he first started doing it over a decade ago.

They picked up the pace with “Brown Eyed Blues” and “Steal My Kisses,” which saw Juan Nelson’s son Jeremy providing an amazing beat box on the track — which happened to be Harper’s one radio hit.

“I know on the ticket it doesn’t say sermon, but every once in awhile,” Harper said before deilvering an acapella version of “Where Could I Go,” turning the Greek Theatre into a big outdoor church. The audience couldn’t help but be moved to shout at every break in the song. Harper showed immense power to control the audience at such a large outdoor venue without the use of a microphone.

For the encore, Harper kept the crowd in silence with one of his slower ballads, “Walk Away.” You could hear a collective sigh of happiness during the song’s opening moments and the crowd stayed hushed in silence. Two songs later Harper continued that feeling with “Forever,” another slow-tempo masterpiece.

The band finished things up with the up-tempo “Better Way,” allowing Harper to again showcase his vocal range as he shouted the final verses, giving me goosebumps at the end of a marathon set. You could tell playing in LA, not far from his childhood home of Claremont, means a lot to the well-traveled Harper. He made the most of his night at the Greek and hopefully it isn’t the last time we see Ben and the Innocent Criminals at a big outdoor venue.

Gill Landry opened the evening with a brief set as people began filing into the Greek. I caught the tail end thanks to my Lyft driver dropping me off way further from the entrance than I would’ve liked. After finding out Landry was a former member of Old Crow Medicine Show, everything clicked for me. He played some stuff off his most recent solo album, which was released in March.

“Boy, driving across this town takes it out of ya. I don’t know how you guys do it everyday,” Landry said during his set. His bluegrass tunes were a nice contrast to what would come from Ben Harper later in the evening. 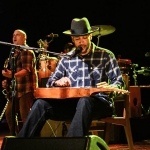 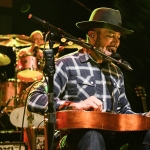 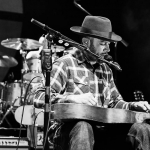 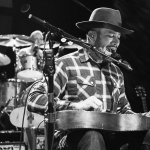 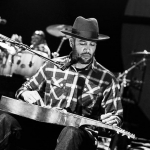 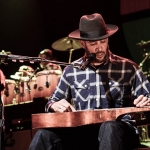 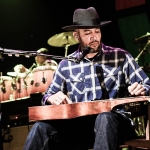 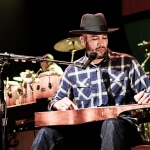 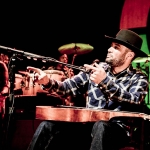 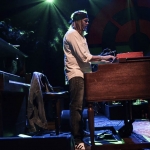 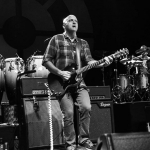 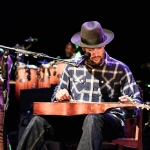 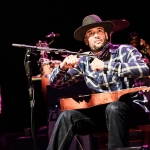 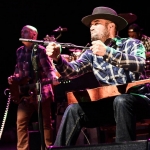 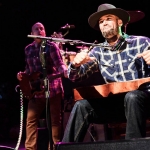 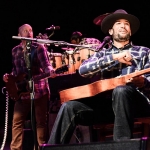 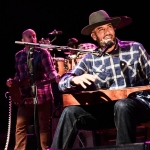 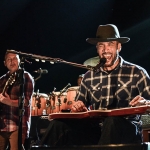 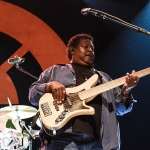 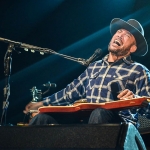