When I was a kid, I bought a CD called Billboard Top Hits: 1961. It was a compilation album that featured songs like Ben E. King’s “Stand by Me,” Dion’s “Runaround Sue,” and “Blue Moon” by The Marcels. I wore through my copy of that album by playing it so many times.

Though doo-wop and soul was at the forefront of popular music in the early 1960s, it has certainly fallen back in today’s times. On Monday night at the Fonda Theatre, the fast-rising Leon Bridges helped a sold-out crowd time travel back to a time where music was thriving – though Bridges’ brand of music is more in tune with the likes of Sam Cooke and Otis Redding.

Emblazoned in a dapper suit, Bridges fronted six-piece band that included an awesome backup singer as well as a tenor saxophonist who each provided highlights throughout the set.

Bridges was extremely affable and at times hilarious in between songs. “Where my brown skinned ladies at?” he asked at one point, before singing the silky smooth “Brown Skin Girl” early in the evening. Bridges had seemingly boundless amounts of swagger, which is quite phenomenal when you take into account that the 26-year-old phenom was washing dishes recently as a couple of years ago before he signed with Columbia Records.

Despite his relative newness on the scene, Bridges already has a couple of soon-to-be classics perfected for his live show, like “Coming Home” — the title track from his debut album – and “Lisa Sawyer,” an ode to Bridges’ mother.

Bridges preempted the song “Daisy Mae,” inspired by the name of a friend’s dog (though the lyrics are not about his feline friend). The non-album track shows Bridges has more to give than just what that stellar first album produced – there’s no fear of a sophomore slump occurring.

“Shine” is one of those songs that makes you want to slow-dance with your girl like you’re at a sock hop in the 1950s. Before one song, Bridges said “I’m gonna take you to church, but I’m not talking about no Hozier. Just kidding, that’s the homey, I love Hozier.”

When Bridges left the stage after a memorable hour, few if any people left despite this being the beginning of a workweek. Bridges re-appeared for a memorable encore and sent the fans home happy.

Opening act Kali Uchis has made strides since her first LA performance at the Echo that we caught earlier this year. Much more sure of herself, the Colombian singer has now gotten dozens more performances under her belt and her indie doo-wop pop complemented Bridges’ headlining set nicely.

Friends of mine remarked on how closely her voice resembled Amy Winehouse, though I still think there’s work to be done in order to reach the levels of the late great singer. One thing is for certain, she’s already got a heavy fanbase that is evidenced by the love she received after her show. Kali Uchis took time out after she wrapped up to take pictures with fans that were camped out at the front of the stage, giving them more than their money’s worth.

Leon Bridges – as well as artists like St. Paul & the Broken Bones and Vintage Trouble – are giving people who normally might not have considered themselves soul fans reasons to be excited about the genre. If there’s a renaissance about to occur in the genre of soul, it would be a shock if Leon Bridges isn’t one of the people who leads it. 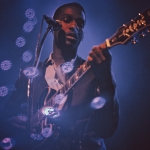 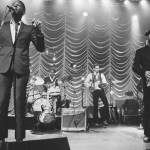 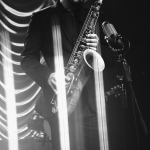 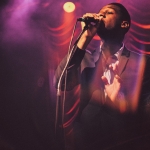 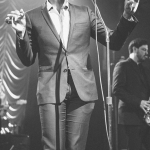 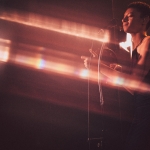 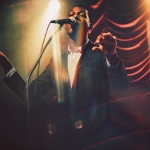 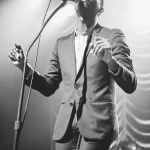 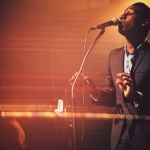 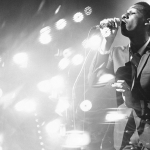 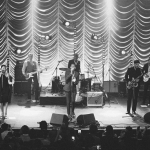 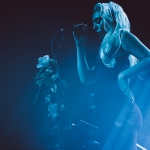 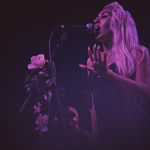 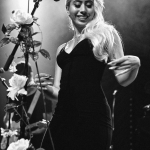 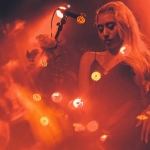 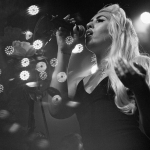 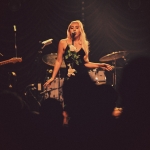 Outside Lands day one rocks with performances by St. Vincent, Strand of Oaks, Leon Bridges & more