Glam-pop prince Garrett Borns took the stage of the Observatory last Wednesday night, summoned by the inane screams and coos of his loyal subjects, and offered up to them a hypnotizing performance of his debut album Dopamine. Between the cascading bursts of blues and reds that caught the young singer’s long curly locks, Born’s slim silhouette moved with an almost enviable amount of grace as his dreamy falsetto danced alongside his songs’ infectious electro-pop melodies.

From the buzzing ecstasy that emanates from rumbling guitars on, “10,000 Emerald Pools,” to the moody atmospherics of, “American Money,” Borns and company transformed their easy-listening pop antics into blown-out, larger than life contortions of rock and folk. Within the first minute fans were swooning for the singer/songwriter’s quiet charm, even making a few lucky girls in the front row delirious when he crouched down to serenade them with his suave croons.

At one time an amateur magician, the magic of Borns lies in his carefully crafted ability to bring to life the various veins of influence that runs through his music; whether it’s the soul of songs like “The Emotion,” or the raucousness of pure pop bombast of “Dopamine.” Borns injects the energy of his sugary sweet synth-pop with as much exaggerated rhythm and percussion as possible, then overloads it with the velvety ring of his shimmering vocals–and the end result is impossible to not dance to.

Of course the highlight of the night was his performance of “Electric Love,” the glittery pop anthem that put the young singer on the radar. As the song’s virulent guitar riffs and galloping drum lines rushed forward, chasing the echoed “ah’s” of its chorus, Borns swayed and waved his long arms in the soft lime-light. His voice as dazzling and brilliant as the neon lights that shot from behind him, its unbelievable elasticity stretching infinitely as he propelled it into the very hearts of the crowd. 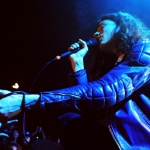 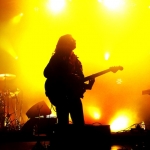 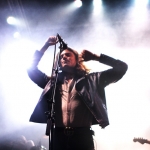 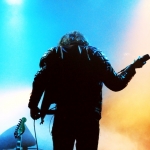 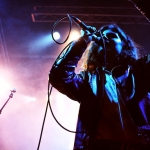 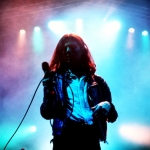 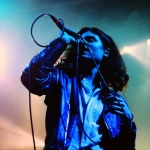 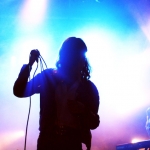 RAC, Big Data, and Geographer at Club Nokia: an orgiastic explosion of sonic beats and grooves