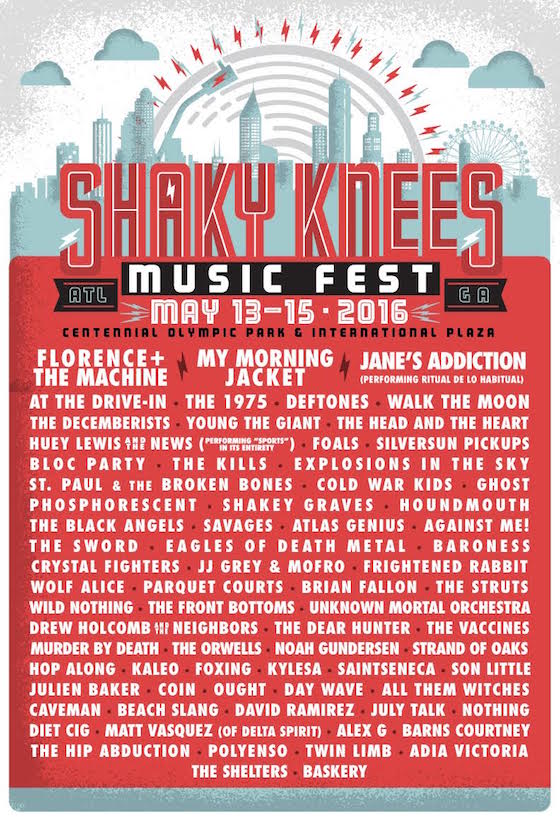 Atlanta’s Shaky Knees Festival announced its fourth-year lineup, with headliners Florence + The Machine, My Morning Jacket and Jane’s Addiction – who will be performing the album Ritual de lo Habitual in full. This year’s festival takes place May 13-15, moving sites again – this time to Centennial Olympic Park & International Plaza. Pre-sale tickets go on sale Wednesday, January 13 at 7 AM ET for $215. Once advanced tickets have sold out, regular 3-day tickets go up to $236 with single-day passes priced at $102.

Going through the lineup, this festival has quite a number of rare gets for the festival circuit this time around. At the Drive-In, Deftones, Huey Lewis and the News (performing the epic album SPORTS in its entirety) and Explosions in the Sky are a few of the standout acts that I haven’t seen on any other stateside festival bill. Throw in popular acts like The 1975, Walk the Moon, Young the Giant, FOALS, Silversun Pickups and Bloc Party and attendance should be great.

Last year, I attended Shaky Knees as the first leg of a five festivals in six-week binge and it turned out to be one of my favorites. It’s a mid-tier fest that caters to rock fans. Last year, they were the only festival that had indie favorites Neutral Milk Hotel, and they also had the foresight to book Tame Impala as a headliner just as they were earning that status stateside.

Now some info on the headliners. Florence + The Machine is on the festival circuit heavy in 2016, with performances at Hangout, Sasquatch and BottleRock – all festivals that take place in May just like Shaky Knees. Not a rare get per se, but Florence earned top billing after killing it as a sub-headliner at Coachella and Bonnaroo in 2015.

Shaky Knees earned its name from a My Morning Jacket, so it’s awesome to see them headlining the festival after Jim James performed solo at the inaugural one back in 2013. They cater to the market that Shaky Knees is built for and should help move tickets.

Jane’s Addiction doesn’t have very many festival stops planned for 2016 and they still put on a raucous show if last year’s final Sunset Strip Festival is any indication. Performing Ritual de lo Habitual in full is a nice caveat to their performance and I sometimes wonder why more festivals don’t try and signup bands in a similar fashion.

Shaky Knees impressed me with their laid-back vibe, awesome bathroom facilities and great views last year. It was a pain in the ass to try and get food during a dinner rush – hopefully that’s been addressed this year. If rock n roll is your vice, get to Atlanta in early May. 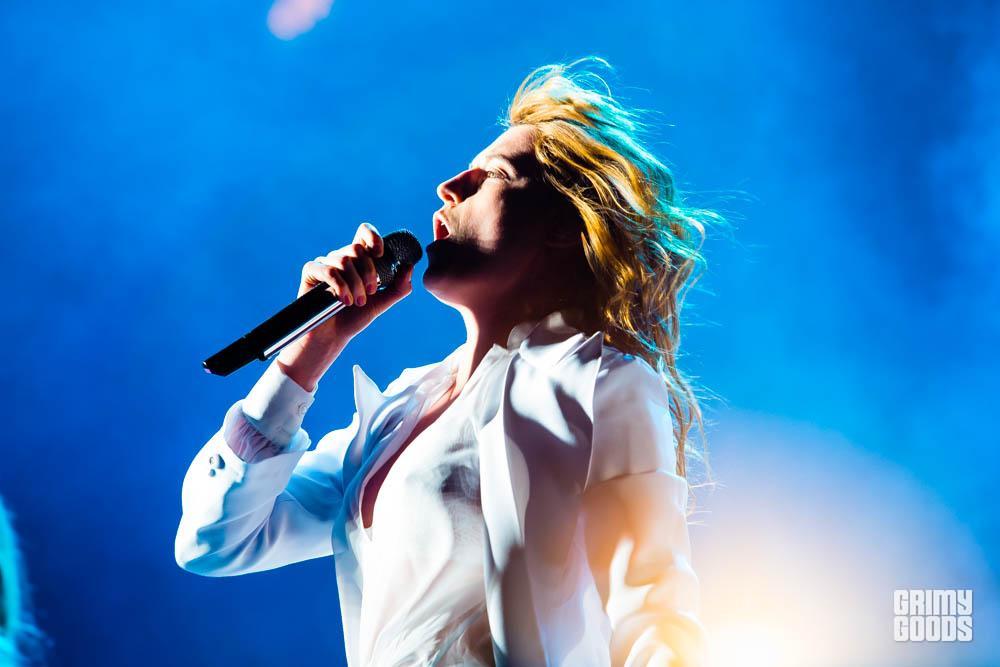 Florence + The Machine at Coachella 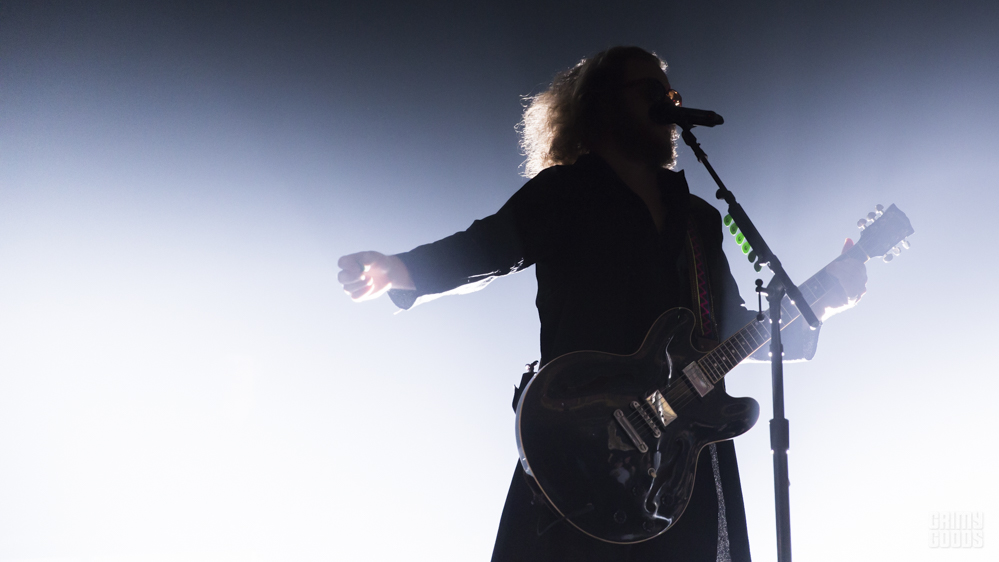 My Morning Jacket at The Shrine 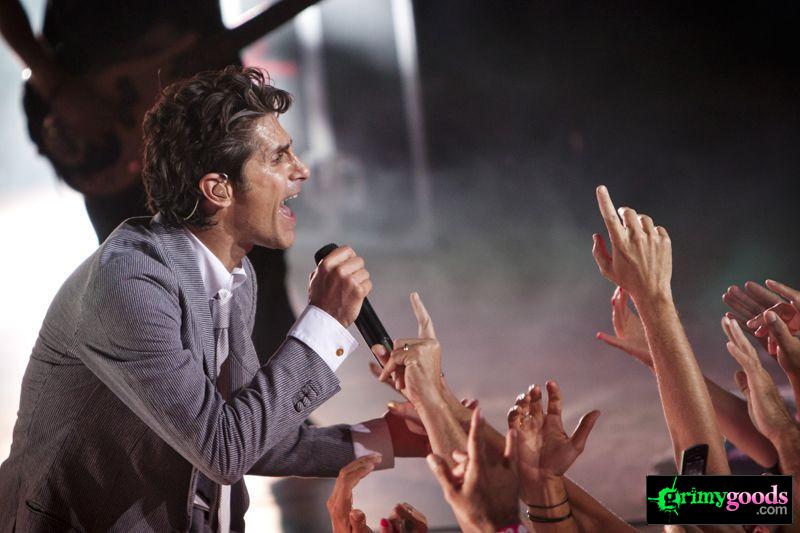