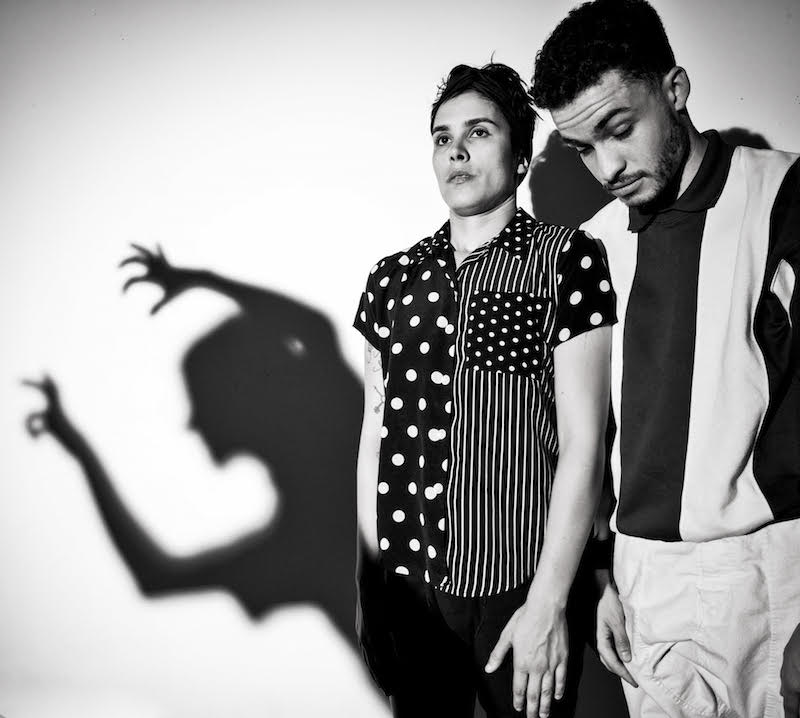 When a song has the ability to get stuck in your head, especially when it’s not a cookie cutter pop number, it speaks to the song’s staying power. Los Angeles alt folk outfit, Kera & The Lesbians have delivered a unique, yet pleasantly approachable gem with their new song “Green,” off the band’s forthcoming debut album. With circus-like rhythms, honky-tonk twangalicious guitars and a sprinkling of Rumba flamenca, the track explodes with an authentic blend of sounds. Paired with the striking vocals of frontwoman Kera Armendariz, the song grabs you hook, line, and sinker. It’s catchy, but unpredictable which is rare in this saturated world of computer generated songs from the pop factory.

“Green is about the unattainable,” explains Kera. “The song and lyrics are a metaphor of themes I feel have been reoccurring in my life. It’s heartbreaking to realize that life doesn’t always pan out the way you expected. People have come in and out, and sometimes all you can do is just appreciate the time spent that you spent with them.”

To top it all off, Kera & the Lesbians have premiered with Grimy Goods the official video for “Green,” and it’s absolutely fantastic. With an undeniably charming tone, the video for “Green” is the perfect punch-drunk-in-love visual companion. It has a very silent film aesthetic, where we see Kera’s true-to-form playful persona charm and engage you throughout the entire video.

“The video was inspired by the intro scene to Jacques Rivette’s 1974s film, ‘Celine and Julie Go Boating’, a surreal ‘Alice and Wonderland’ inspired film about two women who become best friends after one spontaneously begins dropping items in a park, resulting in an epic chase scene throughout the streets of Paris,” shares video director Sinziana Velicescu. “We wanted to recreate this scene using vibrant Los Angeles architecture as a backdrop for the main characters to move impossibly through. We were also inspired by Kera’s playful energy and expressions that have always reminded us of a silent film character. Thus, we decided to incorporate elements reminiscent of that era with a roller coaster plot line that tragically ends with Kera’s “white rabbit” getting away, implying that perhaps none of the events ever took place to begin with.”

Kera & The Lesbians will release their highly anticipated debut album on Monday, February 29. To celebrate the release the band will have a record release show at Basic Flowers in Downtown Los Angeles. Presented by KXLU and Honeypower, the show will also feature special guests and a DJ set by our favorite DJ, Clifton Weaver (aka Soft Touch). 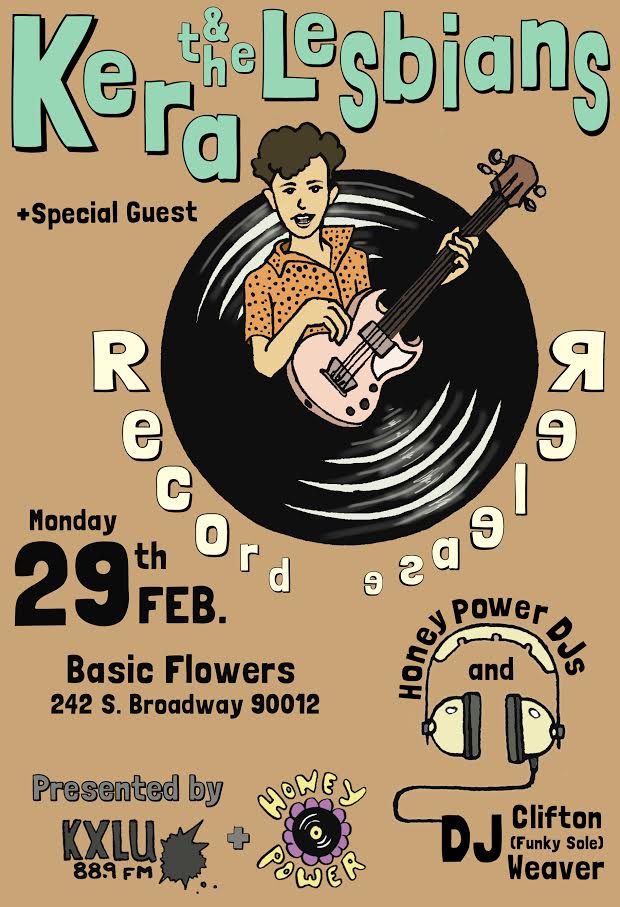 Photos: Kera & the Lesbians pack the Echo for the first night of their Echo residency