Shuffling out with the crowd onto 7th Street a little after midnight, welcomed by the foggy glow of downtown’s light-pollution, the neon colors Los Angeles seemed to bleed together in the aftermath of Ra Ra Riot‘s riotous performances within the Teragram Ballroom behind us. The shambling crowd stumbled drunkenly into night, eyes glazed over, limbs still twitching in earnest to the delicious baroque beats our bodies had pulsed uncontrollably to moments previous. If you haven’t ever caught the delirious ensemble that is Ra Ra Riot at one of their live shows, but you’re a fan of their illustrious tunes, you’re doing yourself a massive injustice.

The sight of the outfit onstage is chilling enough–frontman Wes Miles at center stage, with his guitarist and bassist (Milo Bonacci, Mathieu Santos) on his right, violinist and cellist (Rebecca Zeller, Alexandra Long) on his left–their positioning, a reflection of the way their music relies heavily on each instrument equally. From the delightfully frenzied bass lines and guitar riffs on “Boy,” to that heavenly violin medley that is nothing short of auditory gold on “Absolutely,” Ra Ra Riot’s many parts spun and twinkled like some euphoric carnival attraction–and we were happy to be along for the ride. Playing a generous assortment of hits from their massive four album discography, Miles led the group in their wild charade with his eyes half-open and consumed by his stratospheric croons, dancing seemingly on muscle memory alone.

Opening with the rabid melodies of “Too Too Too Fast” and sublime electronica in “Binary Mind,” within the first few minutes of their set Ra Ra Riot had the crowd waving erratically to both songs’ addictive beats. The group’s entire was set was filled to the brim with these eccentric swings as they switch-footed between The Rhumb Line and Orchard-era chamber-pop, to Beta Love‘s saccharine synth-pop–but it was this year’s Need Your Light that ultimately stole the show. That isn’t to say Ra Ra Riot didn’t hit nerves of sentimentality throughout the night. Their last album’s eponymous hit was a thundering jubilation of keyboards and Miles’ glistening wails, and with the presence of Zeller beside the lead singer, the song’s melody sounded much fuller with her violin’s dulcet hums on equal footing. Then there was the gleeful rhythms and harmonies of “Can You Tell,” an artistic phenomena in itself, swelling strings purring and quivering sweetly between rolling percussion lines and rumbling bass rolls, carrying Miles’ quirky romantics to new levels of exhilaration. “Too Dramatic” was one more highlight that lit up the venue later in the night and a healthy reminder that they could get you fidgeting without the help of synthesizers.

But for the most part, Ra Ra Riot’s performance was mostly a spiraling long play of the technicolor odyssey that is Need Your Light, interspersed briefly with echoes from their past albums. Miles and company coated the crowd with synth-powered complex compositions, lucid violin/cello crescendos, and that essential backbone of percussiveness that made up the album. From the sonic propelling and pop bombast of “Bad Times,” to the insatiably groovy, funky, and opulent shimmers of “Bouncy Castle,” Ra Ra Riot’s successful marriage of synth-pop and their own baroque ties was put to the test that night–but the album’s melodic, hyper-active jittering had fans zealously dancing time after time. Before returning for an encore, which included a breathless performance of “Dying Is Fine,” Ra Ra Riot played the one song everyone had been waiting to hear sink or swim in its live debut. As the opening of “Water” began, carried forward on the light patterings of drums and keyboards, Miles’ translucent vocalizations poured out like quicksilver to a crowd that roared, in their highest pitches, the song’s emancipating lyrics back to him. Cascade after gorgeous cascade of guitar plucks, backing hums, and strings surged forward behind him, before dissipating into nothingness.

Upon their return they rested their finale upon the astronomical growths of “I Need Your Light,” and as Miles groped for the stars with his helium trills, it became clear that Ra Ra Riot had crested that mountainous niche they’d carved out for themselves over eight years ago. 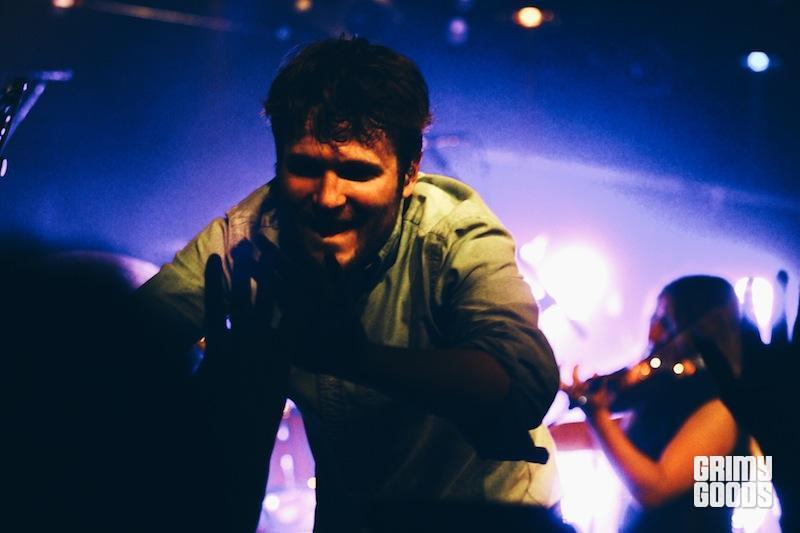 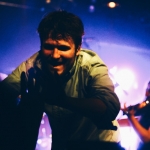 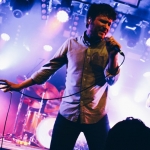 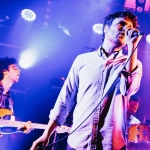 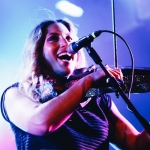 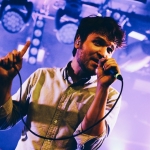 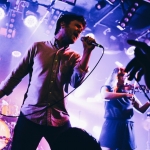 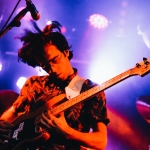 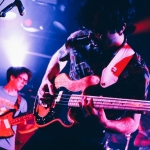 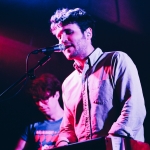 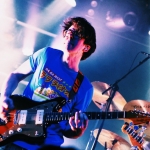 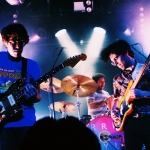 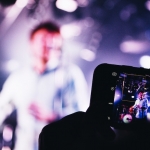 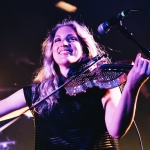 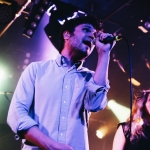 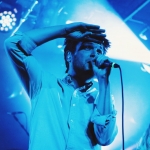