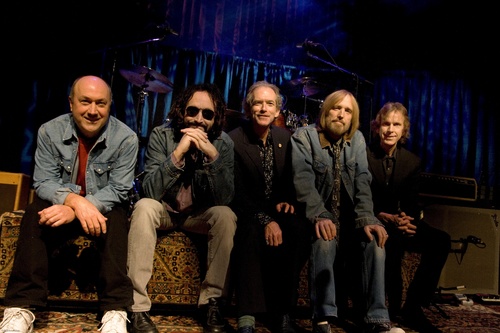 Before there was Tom Petty & the Heartbreakers, there was Mudcrutch. Tom Petty’s band before he went on to fame with the Heartbreakers has reconvened and will tour, including two dates June 25 and June 26 at the Fonda Theatre. Los Angeles band The Shelters will serve as the supporting act.

Mudcrutch will drop a new album May 20 titled Mudcrutch 2. They’ve released the first single “Trailer” from the upcoming record, which can be listened to below. Petty wrote 7 of the 11 tracks, with credits on the other four songs going to fellow Mudcrutch members Mike Campbell, Tom Leadon, Randall Marsh and Benmont Tench.

Tickets to the Mudcrutch shows at the Fonda Theatre are priced between $79.50 and $104.00. Doors are are 7 PM with the show starting at 8 PM. Pre-sale tickets to see Mudcrutch at the Fonda Theatre on Saturday, June 25 and Sunday, June 26 go on sale Thursday, March 31 at 10 AM Pacific Time with the pre-sale code TRAILER. The general on-sale begins Friday, April 1 at 10 AM PT. Mudcrutch also has an additional SoCal date at the Observatory in Santa Ana on June 28. Tickets purchased to these shows also include a CD copy of their upcoming album.