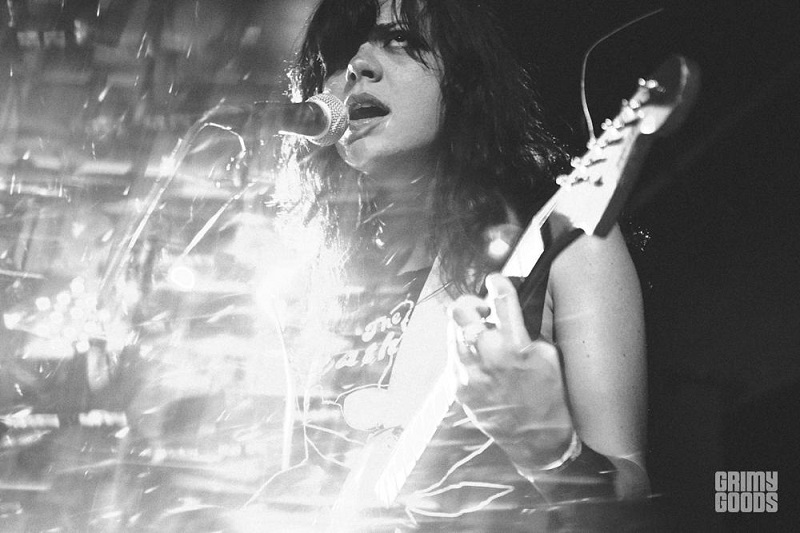 Wednesday night at The Echo will be wild with a headlining set by the Atlanta-based punk band, The Coathangers. We have covered these babes since 2014’s Burger-A-Go-Go, where they slayed alongside other female-fronted bands, and they continue to slay. Ahem, do you see that picture of lead vocalist Crook Kid Coathanger? The Coathangers are currently on tour in support of their fifth album, Nosebleed Weekend, a follow up to their powerhouse release last year, Suck My Shirt. Also on the lineup on Wednesday, April 6th are two L.A. favorites, Death Valley Girls and Death Hymn Number 9. Did we mention tickets are SOLD OUT?

Tickets to The Coathangers at The Echo are priced at $10.50-12.50, show starts at 8:30 pm, and the event is All Ages. Tickets are SOLD OUT, but you can try and win a pair of tickets with us by entering the contest below!

First make sure you’re following Grimy Goods on Twitter here and/or “like” our Facebook page here. Next, email ggcontests@gmail.com with your full name for guest list and a clever reason why you want a pair of tickets to The Coathangers at The Echo. When you’re done with your email, send us a Tweet so we know you entered the contest or you can post on our Facebook wall. We’ll select a winner that has done all of the above mentioned. Winners will be announced via email, Facebook and Twitter on Saturday, April 2nd. Winners will have until 10 am Sunday, April 3rd to reply back to our email and confirm their win.

FACEBOOK: Just leave a comment on our wall letting us know you entered our contest for tickets to The Coathangers at The Echo Apr. 6!

The Coathangers – Watch Your Back (Official Music Video)