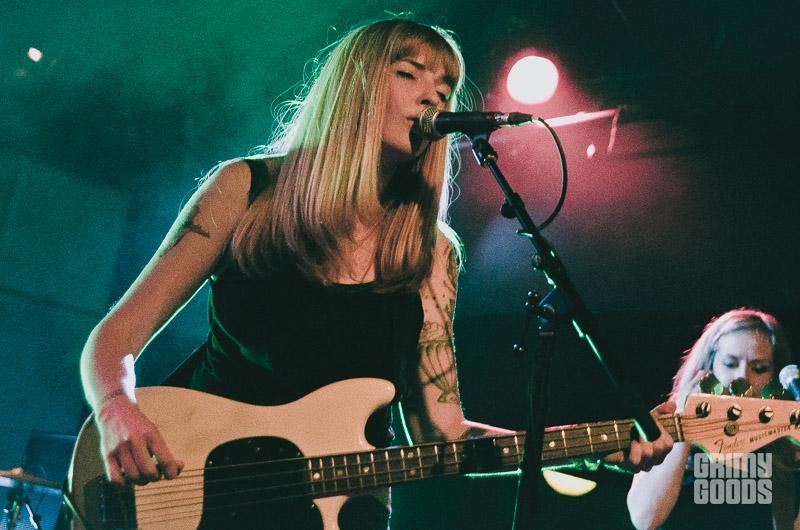 If you read anything about indie pop darlings La Sera‘s new record Music For Listening to Music To, you undoubtedly will see the name Ryan Adams somewhere in the first paragraph (like I did just now), maybe even the sub-headline. While Adams worked his magic on the production side of things, newly-married Katy Goodman and Todd Wisenbaker put the songs for the album together and had them ready to go, before showing up at Adams’ PaxAm Studios to record between Coachella dates last year.

I spoke with both members of La Sera (who play the Fonda Theatre on May 23 with Titus Andronicus) over the phone last week about the fourth La Sera record. First, it was Goodman on the phone. When asked how they came up with the cheeky name for the record, Goodman let me know it was Wisenbaker’s idea and she tried relaying the question to him in another room of their house.

“Oh, he can’t hear me, I’m just yelling to him in the kitchen, but it’s alright,” Goodman said. Wisenbaker would take control of the phone later for a different line of questioning.

The album is a forward step for La Sera, even as they went from a four-piece to a three-piece with Goodman, Wisenbaker and drummer Nate Lotz (who has drummed for a wide range of acts, including the All-American Rejects and new pop sensation Halsey).

“I feel like we switched over to a three-piece and it’s just come together really well,” Goodman says.

It’s a great, cohesive record that is perfect for listening to while driving down to the beach.

“I like to listen to music or even just podcasts or audiobooks when I’m in the car, because you’re kind of a captive audience to whatever you put on, so I think that’s a great time to listen to an album in its entirety,” Goodman said when asked when a good time to listen to the record is.

Now to the Ryan Adams connection.

“Jenny Lewis was one of my oldest friends in L.A., and I was playing with her and whatnot, they have the same manager and he produced her record,” Wisenbaker recalls. “And sort of before they were working together officially, they were buddies, and she texted me a few times and our other mutual friend Jason saying, ‘Hey you guys should be friends with Ryan Adams, you should hangout.’ I was just kind of like, ‘What, that seems weird.’ A woman telling me I need to hangout with another adult guy, forget about it being Ryan Adams, that aspect of it, that was funny to me.’”

“Then one day I got a text along the lines of, ‘Hey it’s Ryan Adams, from Ryan Adams,’ being really funny. Of course I knew who he was, and we did actually have a lot of mutual friends. But we became friends that way. We texted quite a bit for about a year, he was out of town or I was out of town. Then Katy reached out and asked him if he would want to produce the record and he said yes and we made demos and just went from there. I met him IRL – in real life – day one of recording. We had gotten to the studio before him like five minutes, and I see him turning the corner in this ’69 black Cadillac and it was so the perfect introduction to meeting him.” 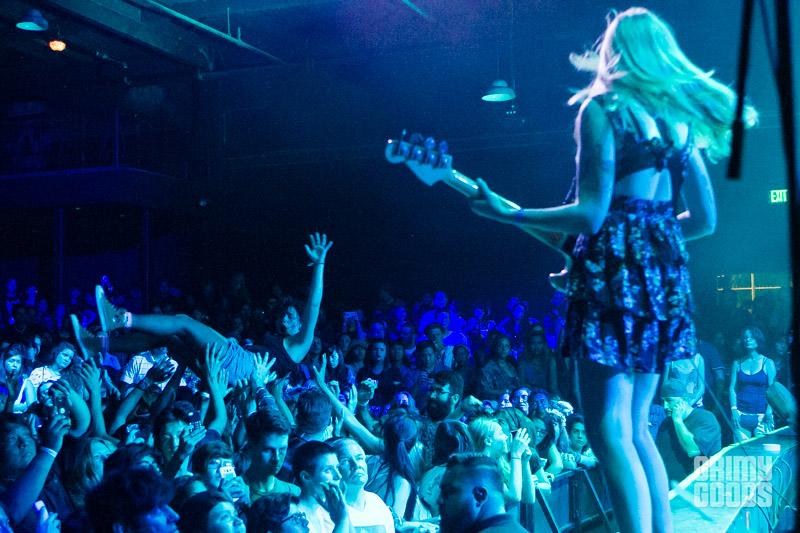 Adams famously produced Lewis’ last album The Voyager, which was critically-acclaimed and on many year-end best of lists in 2014. In interviews, Lewis talked about how unorthodox the production style of Adams was in comparison to how most people did it and it took some adjusting to. With Lewis having already gone through it before, La Sera was able to get comfortable a little quicker knowing full well what Adams was capable of, having produced Jenny.

“She said be prepared,” Wisenbaker recalls of Jenny Lewis’ words before La Sera would record with Adams. “For her album, they would listen to the song and then come up with the arrangement on the spot, that’s kind of how her album went. Ours was like, I already had the arrangements pretty much set, we don’t have much time, but it’s because she said be prepared that I practiced a lot beforehand. So the majority of the day wasn’t getting the song right, it was however many we could do, that was the difference.”

But (Adam’s recording) is a particular style, for sure. I don’t know how many bands would like it that way. First of all, you’re recording to tape, so you’re completely limited as opposed to recording to ProTools. But if you’re just a regular rock band that doesn’t really matter. We don’t take up 24 tracks.”

At this point, La Sera has done enough interviews about their new record that you’d expect they would be tired of talking about Ryan Adams so much – but the duo didn’t seem bothered by the questioning.

“I mean, it’s like a funny story,” Wisenbaker said. “What is this guy doing involved in your band? It’s very much we wrote the music, we played the music but he had a lot to do with how the record sounds. I don’t think he would ever take any more credit than credit is due, he’s like our biggest fan. Any involvement with him is not like, ‘Hey but we’re the band.’ And I’ve worked on two records with him since the La Sera record (such as Adams’ re-imagining of Taylor Swift’s 1989).”

The best part of how the recording process went is that it makes the transition to La Sera’s live show so seamless – you’re not going to miss anything in their live setup that’s on the record.

“That’s why we didn’t go crazy with a bunch of overdubs of things and strings and all that was that so it sounds pretty much like it does live,” Wisenbaker said. “That was one of our intentions for sure.”

“When you come to see us, it sounds pretty much exactly like the record, which people have commented on and I’m excited about,” Goodman said. “It’s why we did it that way. The record is essentially a really well-done live record, so the live shows come along really naturally along with it. So that’s fun and exciting.”