With her short black hair drenched in sweat, her pale arms glistening under the white lights, Beth was at this moment, pure punk fervor. Her words were raw and honest and like much of her performance, they struck a cord with the crowd. Like a wise leader shepherding her faithful followers into a revolution, the crowd rippled with excitement. Fists flew in the air and cheers rumbled through the dense El Rey Theatre crowd. THIS is one of the reasons why Savages is one of the best bands in existence. Not only does Beth and company masterfully pummel your senses with a vicious, yet beautiful serving of post-punk noise, this band is the truth. They are brutally honest, their words are their own, and they’re not afraid to speak the truth.

Last night, Savages once again raised the bar in every way possible. I can’t put it pass me how each time I see this band perform, they are better than the last. And that goes without saying, I thought they were astounding the first time I saw them take the stage at The Echo for their Los Angeles debut. With compelling words and an epic collision of finger-cutting guitars and thunderous drums, Savages never cease to give me goosebumps.

As the cryptic guitar intro of “I’m Here” possessed our senses, Savages walked out onto the El Rey stage clad in their signature black attire and ready to show us what the fuck was up. As impressive drummer Fay Milton’s cymbals echoed with mania, Beth’s incessant chant (“I’m Here”) ruled our senses. And just like that, Savages had us, and we willfully gave them every bit of ourselves.

Taking us through a hurricane of songs with “Sad Person,” “City’s Full,” and “Shut Up” to name a few, the crowd was intoxicated by Savages’ unmatched stage presence. I can’t think of one band where each individual members brings it, and brings it hard. It’s usually just the lead singer and maybe a drummer and / or guitarist, but with Savages you get the whole damn kit and caboodle.

Guitarist Gemma Thompson stood tall and humble as she played her axe and produced some ungodly sounds. My ears were bleeding with joy when she played the merciless cords from “Hit Me” and “No Face.” It was around this same time where Beth made her second appearance in the crowd; walking on hands and locking eyes with a few fortunate fans. When Beth makes eyes with you during a live show, you don’t know whether to be scared or enamored. Like a lion after its prey, once those eyes are fixed on you, she doesn’t let go. At least not until she’s ready to take a slick leap into the crowd and float her way back to the stage. This happened at least three times last night and it was fucking spectacular.

I’ve seen Savages four times (and Grimy Goods has covered them eight times now). What I can’t get over is just how immaculate and powerful this band has become. It’s quite a feat that they can improve on top of already being truly amazing performers to begin with. The instruments are all played with such ferocious precision giving off a clean yet endlessly valiant sound. Not only is Beth spending more time in the crowd, but her stage moves are enough for me to leave my husband. Just kidding… but for reals, watching Beth work the stage during “City’s Full” had me in a trance. From her badass struts to the way she swings her hand in the air as though she were about to whip you, Beth was a force unlike any other.

Always delivering a hearty bass line, Ayse Hassan’s bass wizardry is the backbone of Savages. Often leading the band into every song, her slick sounds are delivered with confidence and style. From psychedelic distortion to a deep and haunting cackle, Hassan’s bass is a prominent element to the band’s unique sound. On closing songs “Mechanics” and “Adore” — Hassan’s bass is ever so present, along with Thompson’s eerie guitar equally driving a feeling of darkness to match Beth’s somber vocals. It is here where I once again found myself dumbfounded by Beth. After throwing us in a whirlwind of stark vocals and menacing spoken word, Beth flips the switch and reveals her vocal range. Like a conductor leading an orchestra, Beth gracefully waved her hands in the air as she delicately sang the words to “Mechanics.” The crowd watched in silence as Beth lulled us with the curious words of this love song. It seemed endless and was absolutely beautiful in all its gripping nature.

What came next as Savages most moving song of the evening was the poignant and strikingly beautiful “Adore”. Peeling off the layers and revealing all that she is, the lyrics to “Adore” are probably the most spellbinding from Savages’ growing catalog of riveting tracks. Without a doubt, Beth proves her vocal ability here. She can hold a note and she has some seriously operatic feels. Bravo.

As Beth bid farewell to the crowd and the intro of “Fuckers” made its way through the room, a very tall man decided to plant himself directly in front of myself and my friend (who’s about five feet tall).  It was a rather suiting song title for the moment. Naturally, we decided not to let the fuckers bring us down. Instead, we rocked the hell out to Savages’ final number for the evening and rejoiced in the glory of what we just witnessed on stage.

Atlanta experimental band Algiers played in support, also just a few days removed from their first appearance at Coachella. Formerly a trio, this band is now a four-piece, though with the amount of sound emanating from the stage you’d suspect there’s many more people hiding somewhere.

Singer Franklin James Fisher’s gritty voice shined, but he certainly had a lot of help from his band that brings a mix of post-punk and gospel, which somehow collide in a really awesome manner. Around the third song, Fisher split his tambourine in two. To say the man is an intense performer would be an understatement.

Thanks to the drawing power of headliner Savages, Algiers was able to play to a full house, which was nice to see after Grimy Goods covered a rather thin performance at The Roxy last year. There was a certain funkiness to their sound and they provided a nice contrast to the night’s main event and the crowd was supportive. They might be one of the better up-and-coming bands you don’t know about, if last year’s self-titled debut is any indication.

MORE PHOTOS OF SAVAGES WITH ALGIERS AND EL REY THEATRE! 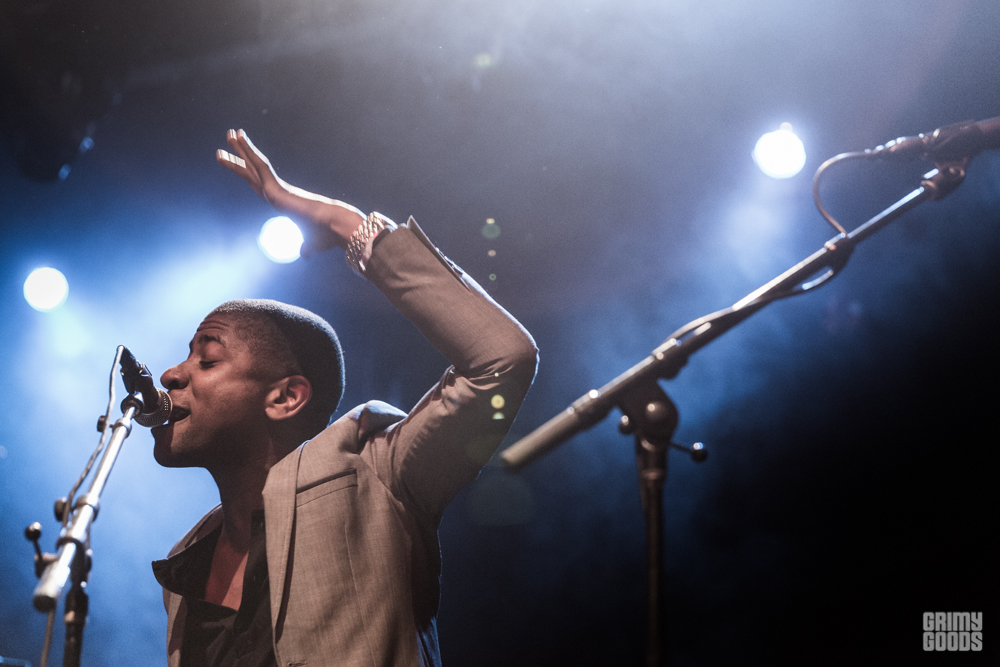 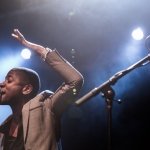 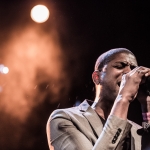 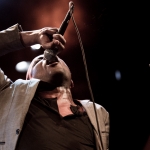 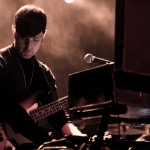 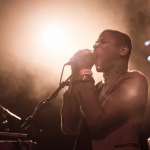 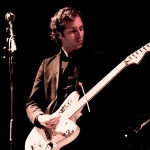 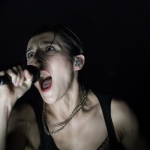 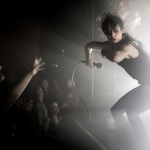 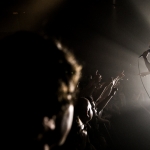 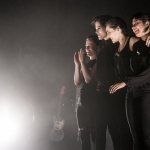 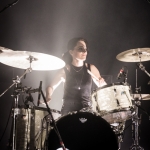 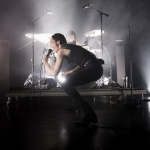 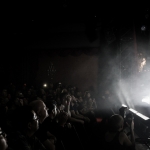 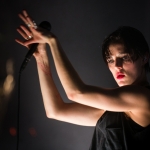 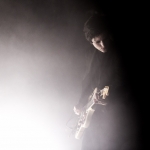 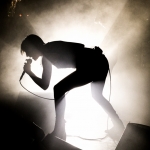 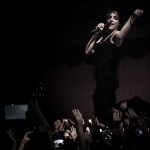 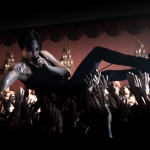 3 thoughts on “Savages out do themselves at El Rey Theatre, Algiers open with colorful intensity”