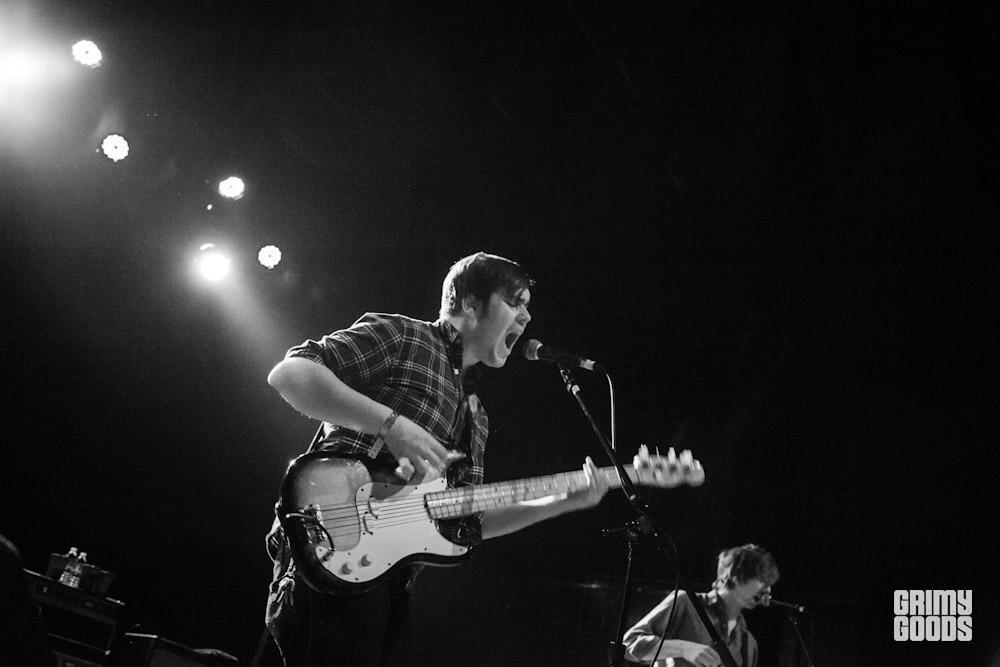 Brooklyn indie post-punk rockers Parquet Courts recently put on a standout live performance of their new single “Captive of the Sun” on The Late Show with Stephen Colbert, which garnered them a standing ovation from the audience. Expect an equally impressive show and hear fresh tunes from their fifth studio album Human Performance (Rough Trade Records) when they headline The Regent Theater on Saturday, August 20th. Marbled Eye supports.

Tickets for Parquet Courts at The Regent Theater are priced at $13.50-22.50, show starts at 8:00 pm, and the event is 18-and-over. You can purchase tickets or try and win a pair of tickets by entering the contest below!

First make sure you’re following Grimy Goods on Twitter here and/or “like” our Facebook page here. Next, email ggcontests@gmail.com with your full name for guest list and a clever reason why you want a pair of tickets to Parquet Courts at The Regent Theater. When you’re done with your email, send us a Tweet so we know you entered the contest or you can post on our Facebook wall. We’ll select a winner that has done all of the above mentioned. Winners will be announced via email, Facebook and Twitter on Tuesday, August 16th. Winners will have until 10 am Wednesday, August 17th to reply back to our email and confirm their win.

FACE BOOK: Just leave a comment on our wall letting us know you entered our contest for tickets to Parquet Courts at The Regent Theater on Aug. 20!

Parquet Courts – “Captive of the Sun”