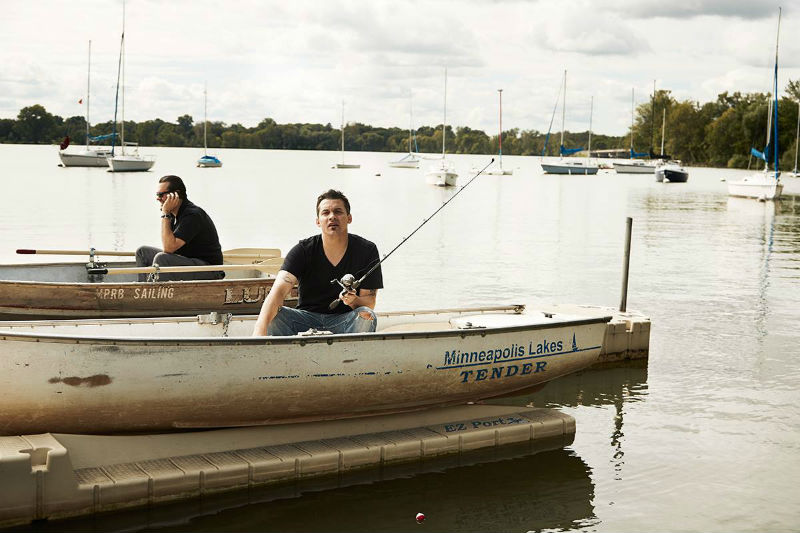 Legendary Minneapolis bred hip-hop duo Atmosphere continue to dominate the stage with unique beats and fierce, fiery flows courtesy of producer Ant and his partner in crime rapper/lyricist Slug. Atmosphere are bringing their Freshwater Fly Fisherman Tour to Los Angeles in support of their seventh studio album Fishing Blues. Don’t miss your chance to hear everything from hard-hitting new tracks such as “The Sh*t That We’ve Been Through” to old-school fan favorites like “God Loves Ugly” when they headline The Shrine LA (Outdoors) on Saturday, September 24th. Supporting acts Dilated Peoples, Brother Ali, Aesop Rock with Rob Sonic, Dem Atlas, Plain Ole Bill and Last Word will be getting things heated up.

Tickets to Atmosphere at The Shrine LA (Outdoors) are priced at $36.50, doors open at 6:00 pm, and the event is All Ages. You can purchase tickets or win a pair of tickets by entering the contest below!

First make sure you’re following Grimy Goods on Twitter here and/or “like” our Facebook page here. Next, email ggcontests@gmail.com with your full name for guest list and a clever reason why you want a pair of tickets to Atmosphere at The Shrine LA When you’re done with your email, send us a Tweet so we know you entered the contest or you can post on our Facebook wall. We’ll select a winner that has done all of the above mentioned. Winners will be announced via email, Facebook and Twitter on Sunday, September 18th. Winners will have until 10 AM Monday, September 19th to reply back to our email and confirm their win.

FACEBOOK: Just leave a comment on our wall letting us know you entered our contest for tickets to Atmosphere at The Shrine LA on Sept. 24!

Atmosphere – “The Sh*t That We’ve Been Through”