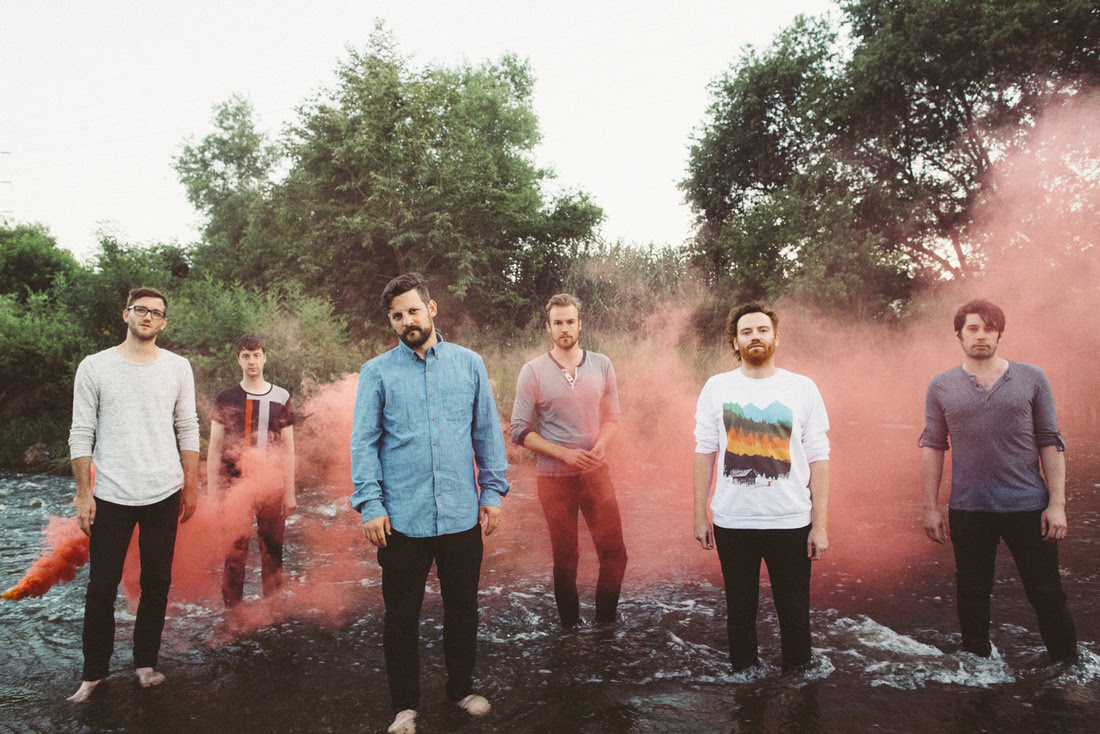 Beginning as an erratic display of uncontrollable exuberance, Royal Canoe’s third studio album, Something Got Lost Between Here and the Orbit, exists as the sextet’s most introspective endeavor to date. Revolving inwardly, like a camera lens zooming to scrutinize their most candid vulnerabilities, their lyrics progress towards an ever intensifying brooding reflection of their lives thus far–while conversely and simultaneously, the album’s sound drifts ever more acutely into a grandiose surge of crescendoing samples, orchestral themes, and choral harmonies. Co-produced by Ben Allen (Animal Collective, Gnarls Barkley, Deerhunter) and the band themselves, Something Got Lost does little to hide its glaring accentuation of rhythmically-noisy, percussion dominance. The entire first half of the album is an almost overweight dosage of clamorous, ceiling-crumbling percussiveness — which crash in harsh duality with frontman Matt Peters groove kicking howls. Perusing a vocal style that nods to similar, off-kilter voices of lead singers from TV on the Radio and Everything Everything, the beat hopping croons of Peters sharply interject with duo-drummers Derek Allard and Michael Jordan’s crazed crashing.

But while the band’s feverish percussion might provide the foundation of their gleeful rhythmics, it’s really only the launching pad for the weirder divulgations that they find themselves spinning towards on the album. “Somersault,” the rapidly spun opening track, alternates in fluidity between Peter’s tongue rolling vocalizations and Allard/Jordan’s excessively punctuated drums; but this all takes a backseat when you hear (around the third listen is when I first noticed it) the faint contribution of dog barks underscoring the song’s staccato beat. Non-discriminators of any sound to potentially lend itself to their shape-shifting sonics, Something Got Lost Between Here and the Orbit is filled with indiscernible sounds that buzz, whine, and float spectacularly in the background of their odd ball tunes. Yet, not for one second does the group devolve into austere obscurity; while they are as liberal with their synths and instrumentals as Animal Collective — albeit in much more spaced-out fashion (“Living a Lie”) — Royal Canoe also balance emotional and spiritual depth both lyrically and instrumentally as Yeasayer (“Walk out on the Water”). Even a saccharine pop tune like “Love You Like That,” which on the surface bubbles in its simplistically smug repetition of its refrain, is held together by its deliriously hounding beat, which eventually tumbles into a dreamy question of possessiveness that’s eventually answered by the hazy jangle of guitars: “Should we scribble an apostrophe, or does a comma do us adequately?”

A soft pandering of acoustic guitars and a few looped record scratches later, and Royal Canoe makes for the inky infinity of outer space with the sample-upon-sample layered, “I Am Collapsing So Slowly.” As Peters’ verses grow increasingly more distorted, his melancholia is overtaken by a crescendo of dazzling synth drones which ebb and flow alongside his desperate claims (I am not too far away/I am way too far away”) — we can almost catch a glimpse of Peters, cut loose in the vast expanse of space, lost in orbit, drifting lonely. It’s an eerily cinematic transition, one that looses itself between the ever-expanding heroism of its symphony of sounds and the cyclical isolationism of its characters.

Gaining its second wind, Something Got Lost Between Here and the Orbit continues this lofty overture on “Holidays,” a track that draws on a clarion from the brass section, as much as its bizarre overlay of blips and beeps, which once again edge towards a sense of anxiety with every electronic growth. From here on out, Royal Canoe lay all their cards on the table, exchanging any predispositions for conventionality for a quirky, mind-altering glitches of sound that appear at first as heady electronica body-movers, only to be interspersed with falling ribbons of brief string and piano melodies, which soar alongside a blithely disorienting, multiplicity of Peter’s layered croons (“Out of the Beehive”, “Bicycle”).

As a somewhat off-hand commentary on the band’s on-and-off lifestyle as musicians, Something Got Lost Between Here and the Orbit often alternates between a quirky candidness, and a festering uncertainty. While blissfully cohesive, Royal Canoe is anything but grounded; the further you disappear into the foggy edges of the album’s finale, the clearer it becomes that life is an organic, ever-changing thing. “How Long Is Your Life” offers up this idea of change through an unhinged, hip-hop stylized collection of rhymes dished out by Peters against the backdrop of thundering keys, fizzing synths, and soulful harmonies. Apart from its obvious avant-garde tendency, the track is a perfect thesis of the album’s generous borrowing and obvious existence as a melting-pot of genres. The track also ends on a gospel-inspired moment, fading out with triumphant hums and deeply vibrating organs.

With “BB Gun,” the journey ends exactly where its title alluded it would–but, between the question of what’s been lost and how it will be recovered, Royal Canoe allow their outro to offer no answers. The only closure provided comes in the form of one final swell of purely orchestral movements: as Peter’s faint transmissions fade into the blackness of space, tiny cries (which we are willing to bet are whale recordings, and if they are, they add a whole other level of surreality) emerge and are eventually overtaken by a weeping, world-consuming trumpet medley. The fade out is glorious, one graphically painted by the dammed up emotions that have been building since that first confession of self-doubt (“I am collapsing slowly”); finally, the collapse is complete, but the ambiguity of its aftermath leaves you both in quiet despair and hopeful ecstasy.

Royal Canoe have a Los Angeles show date at The Hi Hat in Highland Park on September 23. Tickets are available. 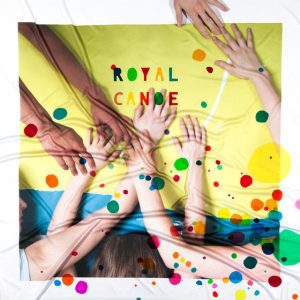