After what has been a rollicking week for the city of LA, rocked by a tragic presidential election and massive protests in response, STRFKR brought a much needed distraction to the El Rey last Friday night with their sizzling synth dance-anthems. Dressed rather plainly (for them), Joshua Hodges and his mechanic jumpsuit-clad band members were ripping in the saturated synth-elixirs of their delirious tunes, washing out the tensions that existed in the world outside the El Rey’s doors. The Portland natives thundered through track after track of hit from their extensive discography, cycling through the incessant grooves and glittering ecstasy of songs like “Atlantis” and “Rawnald Gregory Erickson the Second.”

Focusing in on the blissful philosophies of their most recent release Being No One, Going Nowhere, STRFKR pushed the broader strokes of their swirling soundscapes until they colored the crowd and all the space between them with a hysteria of rippling euphoria. From the dazzling, buoyant thrills of “Never Ever” and “Tape Machine,” to the crazed anthem of adolescent crisis in “Open Your Eyes,” Hodges’ soothing croons, which echoed the broken narratives of its soul-aching players, brought with it its own catharsis. On the latter, which pummeled forward on newfound excitements of propulsive percussion, which rumbled onward to eternity; carrying the strenuous weight of all the things out of reach, out of one’s  control, Hodges’ and company rolled into a tightly wound ball and tossed it into outer space. For most of the night, the synth-bleeding philosopher Hodges’ stuck to his guns and gave the crowd what they wanted and undoubtedly needed, teleporting them from the drudgeries of reality to his cosmic fantasia–but when he did break his silence, his disbelief and somber tone was evident.

“It’s been a crazy week, hasn’t it,” Hodges asked the crowd, and even between the extravagant ridiculousness of the fully-costumed astronauts that were diving into the crowd, he hit a poignant note with the crowd who began chanting “Fuck Trump!”

“If anyone needs a hug after the show, come say hi at the merch table,” Hodges offered to the crowd. They then dived into the finale of their set, which struck poignant social chords once more with their oft-covered version of “Girls Just Wanna Have Fun,” its oscillating, pulse boiling beat edging the crowd to one last jubilant climax of reserved emotion. It all came tumbling down in the helium harmonizations and driving funk of “While I’m Alive,” dropping the crowd into a technicolor chasm of body-shaking grooves, injecting them with spastic jitters with those possessive, warbling electric guitars.  For not one song did the crowd hold back the relentless need to howl alongside Hodges’, every word was spent, and by the end of the night we were a sweaty mess of glowing faces and hot-bellied enthusiasts of life, shaking the saturations of synths from our hair and clothes. 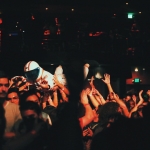 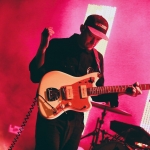 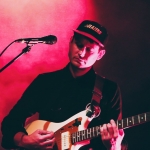 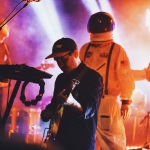 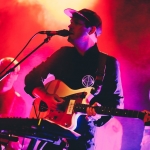 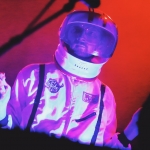 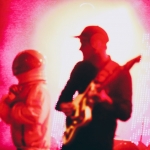 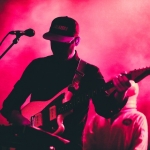 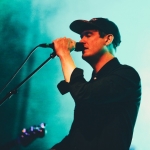 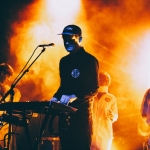