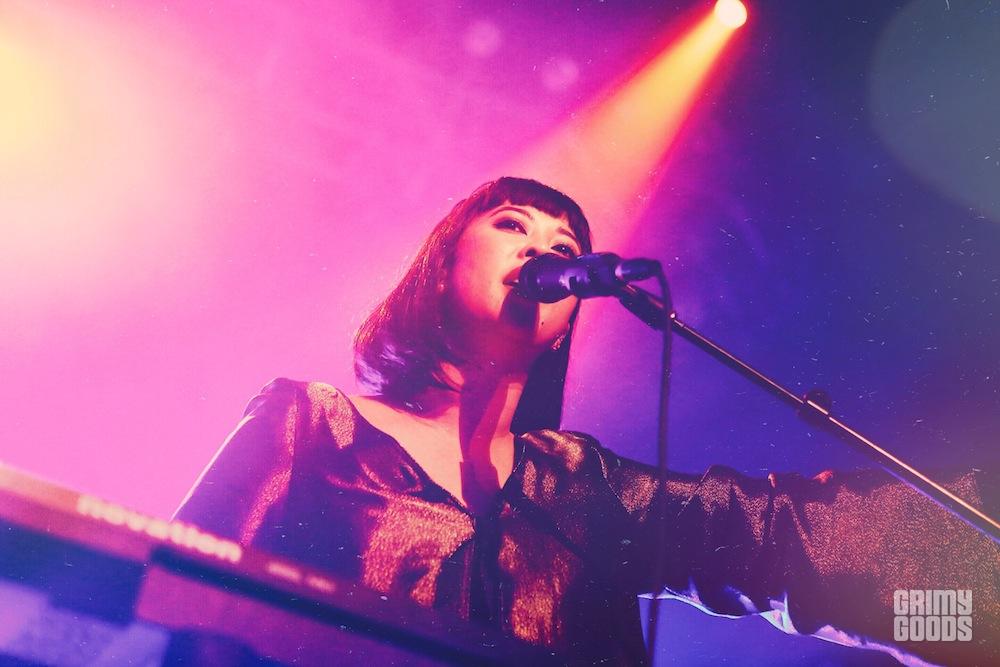 Thundering through their homecoming show at the Fox Theatre Pomona, dynamic indie-pop band The Naked and Famous poured out the hits in support of their latest release Simple Forms. In what was a dramatically quick set that left little time for chit-chat, singing duo Alisa Xayalith and Thom Powers saved their fiery croons for the heavy rock and synth anthems that they sent shuddering through the venue’s speakers. For a band that pulses comfortably in the emotive vein of crafting goose-bump riddling and soul surging songs, The Naked and Famous have honed their live show to a point that the entire affair is one blurred, overwhelming release of emotion. The bleeding heart catharsis and empowering vigor of Xayalith’s clarion howls is the soaring highlight of every tune, whether it’s on the pummeling oscillations of synths and percussion in “Punching in a Dream,” or tearing through the atmosphere on “Higher.”

Wrung dry of any saccharine, overblown synth-pop triviality, The Naked and Famous couple driving arena-ready anthems with cutting lyricisms, which are pierced home by the gorgeous duality of Xayalith and Power’s shared vocals. Backing one another in nearly every song they perform together, standing on the edge of the stage, both singers captivate the crowd with their enraptured consumption by their music. On “Rolling Waves,” from just behind her keyboard Xayalith sent a hurricanes worth of crumbling emotions into the crowd with every crescendoing wail, while Powers contributed his singed hammer-ons to the wall of sound that filled the venue. Taking lead vocals momentarily for “Girls Like You,” the suave crooning Powers left no heart unturned or untouched, ripping through the song’s gradually accelerating angst with as much beauty as uncontrollable passion. 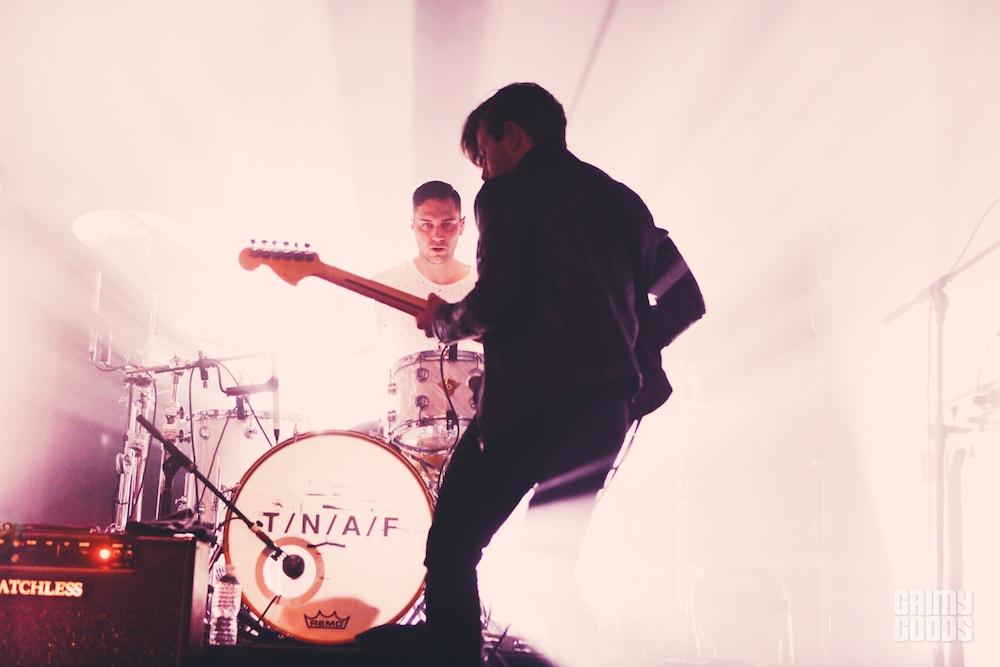 Like a raging fire in a warehouse filled with fireworks, the percussive hammering of “All Of This,” sent the crowd into a frenzy during an already crazed performance. With every dizzying twirl of Xayalith and Powers shared, lightning-bitten deliveries, from its fist-throwing chorus and guitar shredding finale (Powers strings might as well have been soaked in gasoline and fingers blowtorches), to that goose-bump inducing roar of “passive me, aggressive you,” The Naked and Famous still manage to burn down the house with the burning nostalgia of their best hits.

But when it comes to nostalgia, no other song in the last decade or so seems to be more ablaze or dripping with those sentiments than “Young Blood.” With a synth powered melody that is now as iconic as other indie-riffs like Arcade Fire’s “Wake Up,” Xayalith and Powers let their finale simmer and boil until it eventually exploded in one last orgiastic exclamation howled by every soul present, leaving only a bittersweetness between our teeth and the hope of falling back in love eventually. But when it comes to The Naked and Famous, that’s never a hard thing to do. 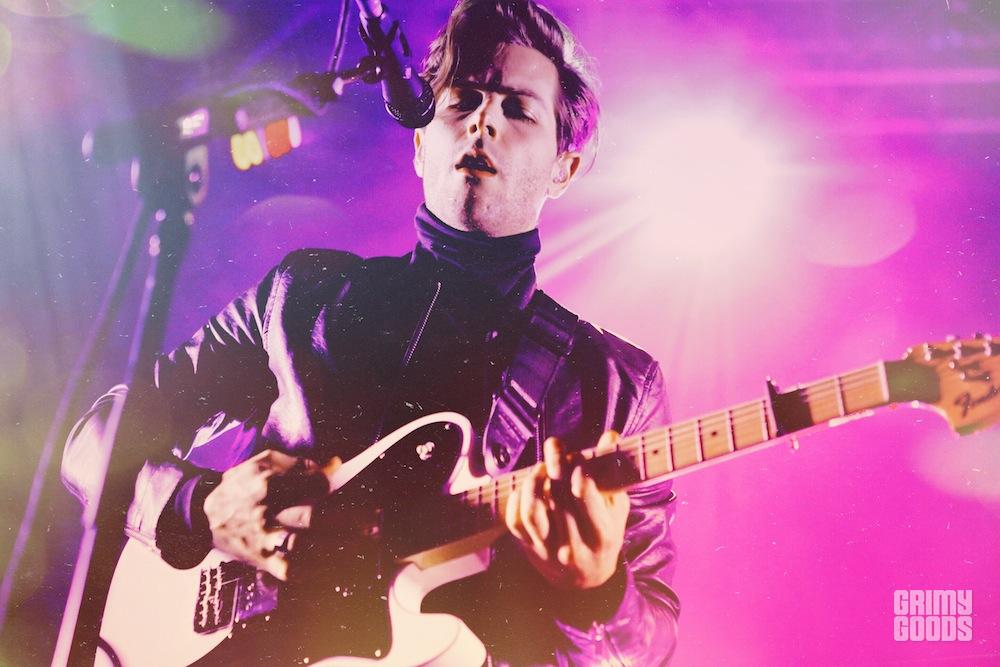 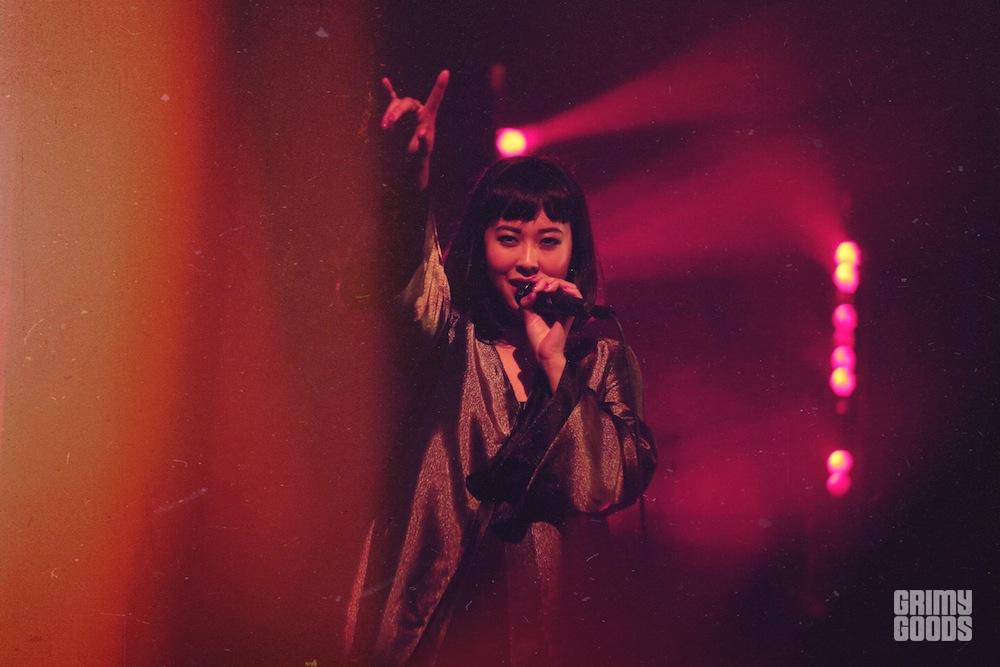 More Photos of The Naked and Famous! 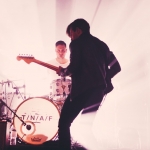 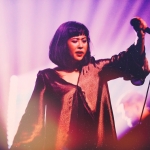 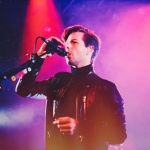 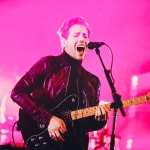 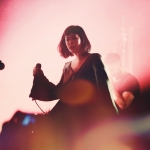 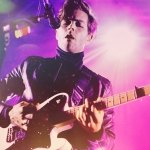 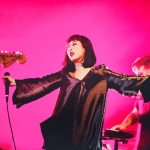 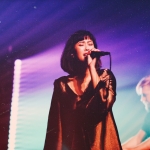 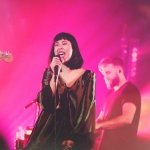 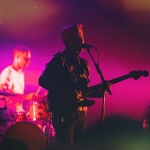 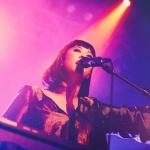 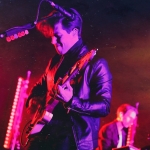 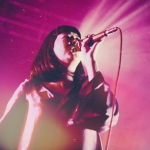 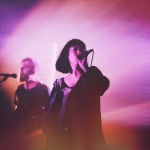 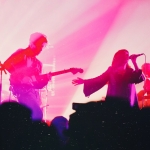 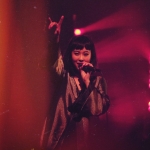