San Diego indie rock staples, Pinback played a solid show at the Echoplex Thursday night. Thursday was night one of two sold-out gigs. Having not toured in five years, these guys knew their presence would cause a 90’s-00’s throwback of sorts.

Starting the evening off were Vertical Scratchers. These goofs took the stage with confidence and played their hearts out. You have John Schmersal on vocals and lead guitar, completely embodying the punk persona — musically and physically. This three-man touring ensemble created noise and lots of it. Happy to be a part of the special event, Schmersal also mentioned to the crowd, “Sure is nice to see Pinback touring again, huh?”

Without further ado, after of course tuning their guitars by themselves, Pinback took the Echoplex stage. The sold-out crowd cheered as Armistead Burwell “Zach” Smith and Rob Crow strolled out. These musicians are gods to their very loyal fans. Over the years, Pinback has created five full-length studio albums with their consistent indie/progressive rock sound. Thursday’s set was unique in itself as the guys were understood to perform their fourth record Autumn of the Seraphs in all its entirety in celebrations of its 10th Anniversary.

Happily obliging, Pinback performed those anticipated tracks, some of which have never even been performed live. The excitement honestly grew as the audience prepared for the next track up. Heads swayed and smiles were shown on each and everyone’s faces.

It was a nostalgic night for these kids-at-heart as their symbolic band performed songs from another era.

More Photos of Pinback with Vertical Scratchers at Echoplex 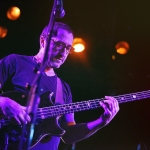 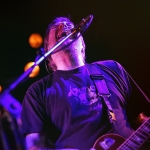 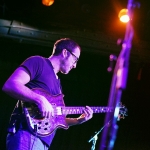 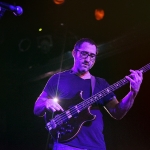 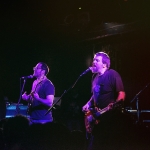 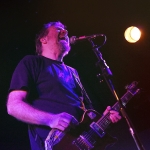 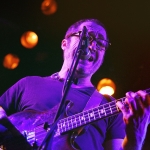 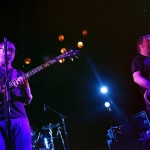 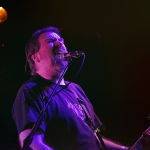 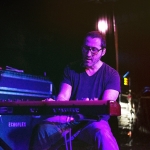 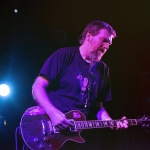 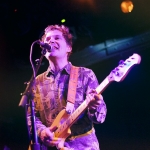 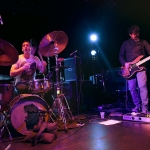 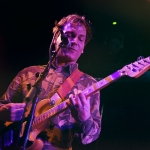 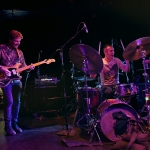 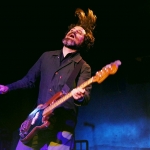