The Natural History Museum is back with the live music creating a fantastic space for its annual First Fridays series taking place the first Friday of each month until June. What could be better than late nights at the museum? Perhaps live music… Yes. Silly question.

This past Friday, Japanese Breakfast held a great set right inside of the North American Mammals Hall. This group is the solo project of Korean front woman Michelle Zauner. Currently supporting their debut album Psychopomp, released in 2016 under Yellow K. Records, they have made quite the statement in their lo-fi/experimental pop genre. Let me just say that I couldn’t possibly like this band any more than I already do. I discovered them last July when they opened up for Mitski with Jay Som at the Echoplex. I was instantly enamored by the almost perfect and glossy voice of Zauner. Previously being the front woman for a more emo, alternative band (Little Big League), she, without a doubt holds her own and demands the attention of the room; and it’s quite easy to give it to her.

Upon hearing her voice, I immediately thought of Dolores O’Riordan of The Cranberries. There’s just this essence she carries and with the very deep-rooted lyrics and sonically upbeat stylings the band creates in whole, I stand by that comparison. Whoever/whatever the comparison may be, Japanese Breakfast is most unique. Their album Pyschopomp is described as a juxtaposition of Asian exoticism and American culture. Written and recorded in Oregon while Zauner was caring for her ill mother, many of the tracks are deeply inspired by that grieving process.

As a songwriter, Zauner definitely kicks some serious ass. I spoke with her after the show and came to learn they should be releasing their second record later this year, and are expected to headline the Echoplex again this summer. With all that said, I absolutely recommend listening to them and catching them live some time. 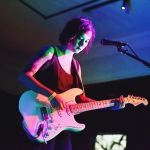 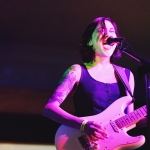 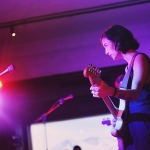 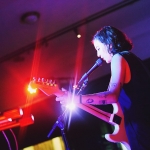 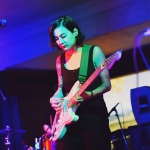 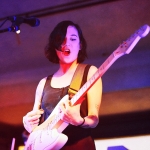 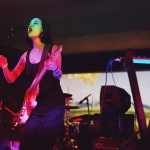 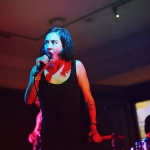 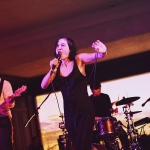 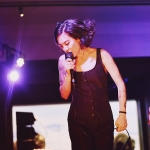 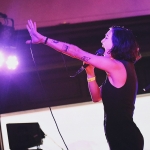 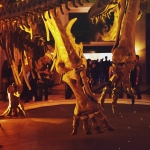 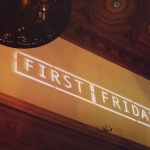 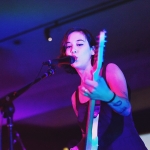 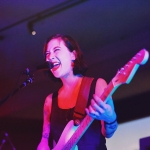 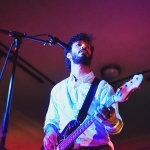 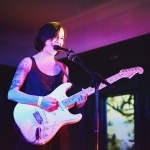 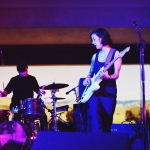 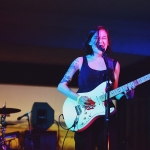