Tuesday was a night of quiet at the Regent Theatre, as Canadian singer/songwriter Andy Shauf shared his little tales of regret and heartbreak with a sold-out show. Known for his unfiltered, stripped-down acoustic tunes, Shauf’s quivering croons are softly texturized by the presence of his clarinet backings that accompany him live. At times a haunting addition to his already melting vocals, and others a surging light bathed in warm swells that are joined by piano accompaniment and drums. As large as the Regent Theatre is, the reduction of its vast acoustic space to carry Shauf and company’s eerie renditions gave even his most tame of howling a powerful vigor–echoing resoundingly across the walls for the tightly nudged together crowds. In his beguiling accent, Shauf is both disarming as he is charming, and his passionate following are testament enough to the gutting quality of his narratives. Live, he is motionless, moving very little as he stands with his guitar, just a voice in the dark that somehow wrangles a keen, but unknown sentiment of camaraderie that bursts from his stories about ambiguous strangers in small towns just doing their best to get by.

By contrast, opener Aldous Harding aimed for the back-wall of the Regent with the vehement intensity of her yowling, possessed by the emotional caliber of her music that left the crowd as unnerved as it was fascinated. Watching Harding perform, it is nearly impossible to even look away as she fidgets and twitches between every beautiful, soul-tearing screams. Self-describing her body and face as a “weapon of theater,” Harding makes use not just of her voice but every physical attribute she has to offer, sinking them deep into the bottomless passions of her art. At first the young singer draws comparisons to Lady Gaga, perhaps for her theatricality and vocal range, but ultimately Harding is in a league all her own, taking a minimalistic approach that engages in the same epic breadth as a full-fledged orchestra might. She captivates, but not simply for her gripping live antics–her navigation of existential dread, death, unrequited love–somehow Harding juggles both the encompassing melancholy in a manner that betrays even the slightest hope.

More Photos of Andy Shauf with Aldous Harding at The Regent 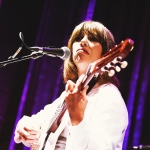 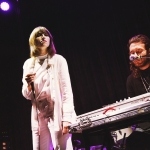 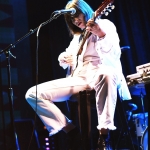 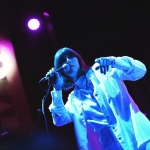 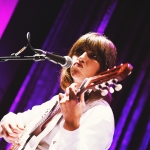 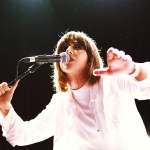 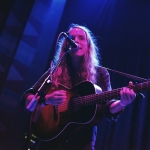 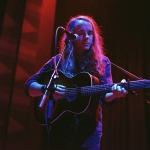 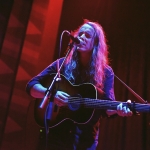 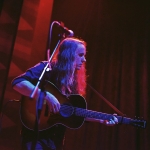 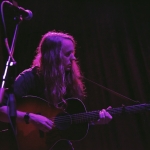 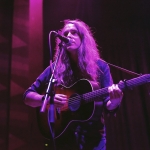