In Berlin 1841 the term “Lisztomania” was coined to describe the bat-shit frenzies fans would succumb to during composer Franz Liszt’s performances–French pop-rock group Pheonix even wrote a song about it. A hundred and twenty years later, “Beatlemania” similarly enthralled fans around the world with the bowl-cut quartet from England. While footage exists of the latter phenomena, we may truly never know what it felt like to be overcome by such thrilling fanaticism inspired by music–but if it’s even a fraction of what goes on at The 1975 concerts, I’ve had my fill.

Matthew Healy and company hail from across the pond, so when they do descend upon the states their fans treat their arrival with the same composure and poise as a man whose been stranded in the desert might react to stumbling upon an ocean. From the moment the house lights of the Greek Theatre began to dim and smoke started to fill the stage, all the way to Healy’s final hip-shake, The 1975 played to the wild howls and screams of their delirious fans. Their reaction was not unwaranted either; illuminated by the over ten-foot tall panels of light that reduced the band into shadowy sillhouettes, Healy bathed in the glamour bestowed upon him by the hundreds of admirers at his feet and returned that zeal ten-fold back to them. It would be easy for casual listeners who’ve heard The 1975 in passing on the radio or from an overtly enthusiastic friend to label them a small step-up from the trite pop acts of recent years–easy, if you’ve never seen them live.

Onstage Healy is a god of ardent sensuality, his slim form sliding back-and-forth across the stage, wagging his arms and pointing directly at fans screaming his name in the front row. Much like The Neighbourhood, the rawness of Healy’s sex appeal is rooted deep beneath the glittery pop hooks and giddy electronica in lyrics that are as poignant as they are fun to sing along to. Their anthems sacrifice not an ounce of sentiment and it’s actually pretty remarkable that such dense lyrics can be so criminally catchy–songs you don’t know the words to are easy to catch onto, and even if you don’t, they sail on the slick charm of Healy well-enough. Toss in a few delectably choice electric guitar riffs that leave you absolutely glowing, Healy’s facial contortions, eye rolls, and innane dancing, and you have brewed the perfect concoction for a bit of Healymania. It’s a miracle that the barricade wasn’t reduced to dust and that Healy didn’t find himself being carried away in a sea of frantic arms–and you wouldn’t have been able to really blame fans since you’d definitley be one of them.

Pale Waves, label mates of The 1975 who no doubt took cues from the band’s woozy electro-pop, crushed it down into a brazenly guitar-driven introspection. Heather Baron-Gracie, the band’s lead singer, has a voice designed for the polished jangle-rock that they emit and some serious chops to go along with it. Their recently released hit “There’s A Honey” carries all the glam-pop of 80’s divinity and had the crowd–which was undoubtedly there for The 1975–swooning for the talented newcomers.

Pale Waves at the Greek Theatre by Steven Ward

Pale Waves at the Greek Theatre by Steven Ward

More Photos of The 1975 with Pale Waves at Greek Theatre! 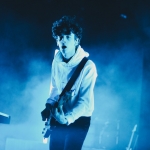 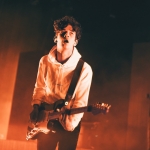 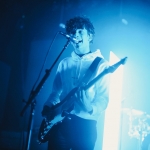 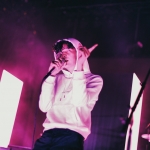 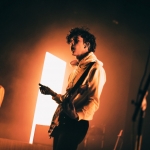 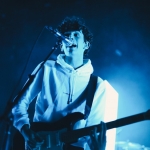 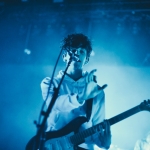 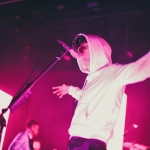 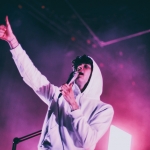 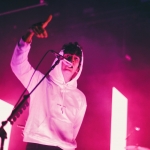 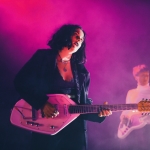 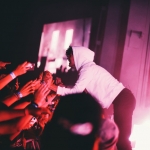 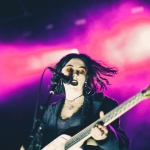 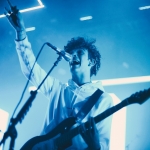 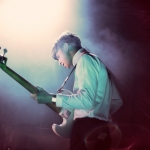 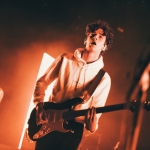 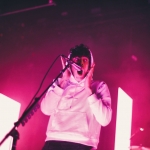 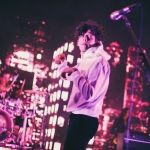 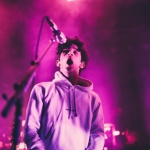 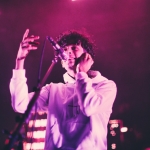