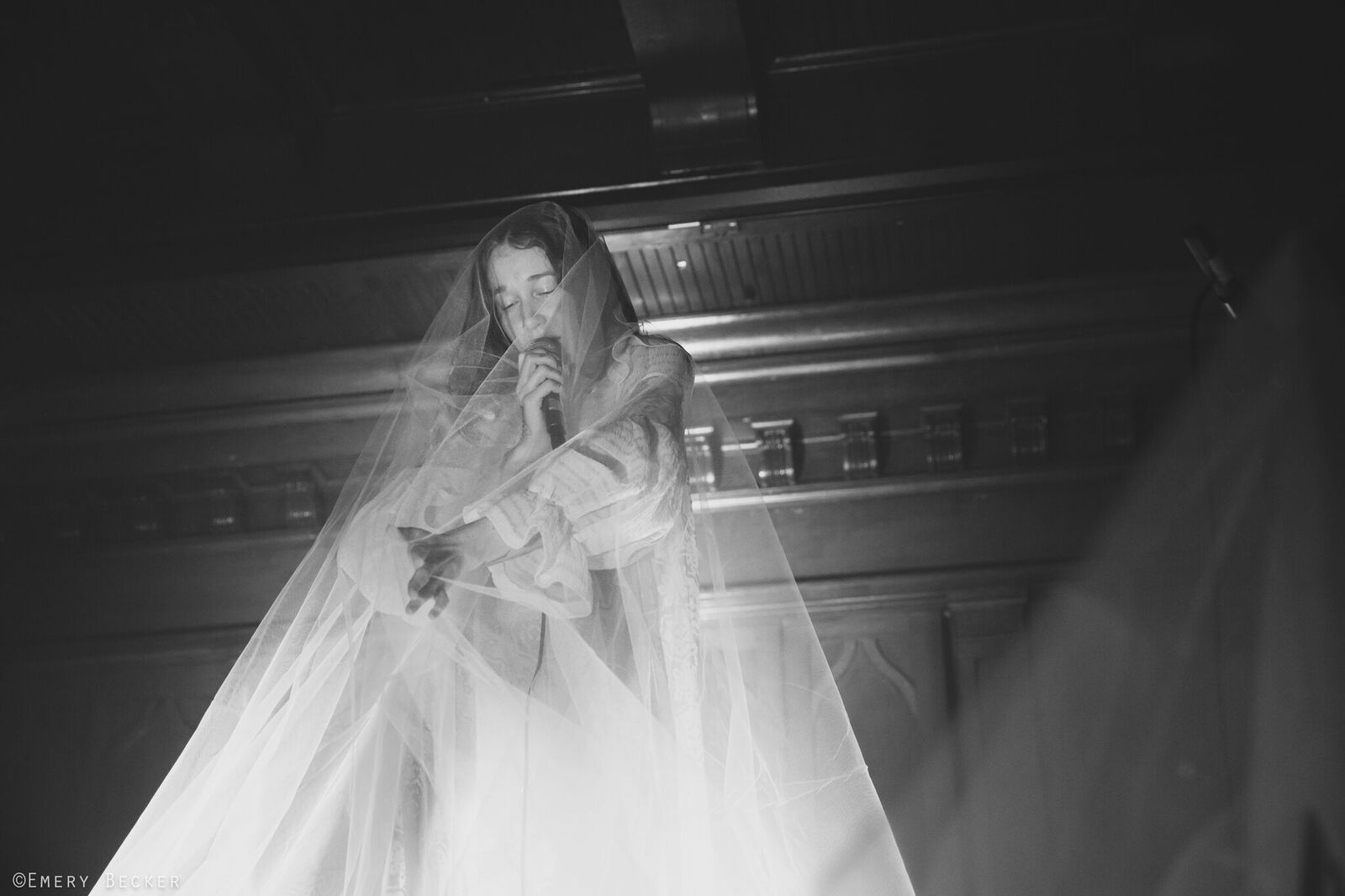 Music is meant to be performed at places of worship. The acoustics in spiritual spaces are designed to maximize the power of prayer through song; the effect can send shivers down the spine of even a crude atheist such as myself. This past Saturday, the Pico-Union Project synagogue played host to some of LA’s most beautiful people, not limited to the three lovely women billed to perform; Lorely Rodriguez (aka Empress Of) and Lauren Ruth Ward could be seen milling about, as well as devout vōx fans who dressed for the occasion by emulating her pale gown and veil stylings. That night, everyone witnessed unforgettable performances, most notably from the ethereal wonder vōx herself.

Banoffee opened the night with a brand new track that instantly broke my heart in two. Her debut album is still in the works, and if this song is any indication, it may draw on far different emotions than the foundation of her first two EPs. She still exudes female empowerment, but calls on darker images of regret and shame in the still-untitled track. Banoffee was transparent about how she created the setlist on Saturday night, fruitlessly attempting to keep things church-appropriate given the volume of expletives in her body of work. Rest assured, the remainder of her set on Saturday night was built on the loving themes of “Fall Fast” and “Ninja,” with it all culminating on the Mario clip that defines her single, “With Her.” 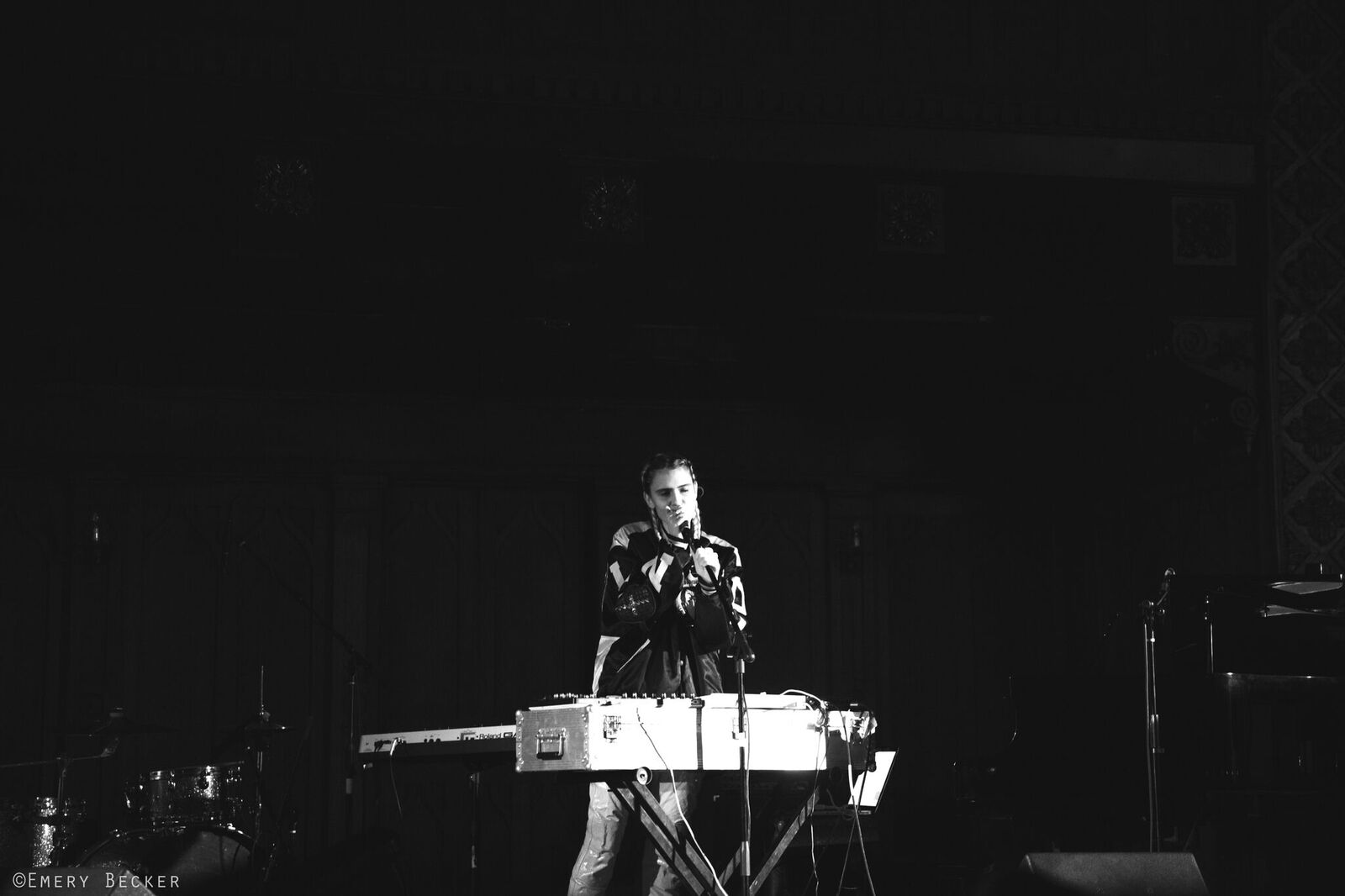 Two gentlemen in all white hopped onstage next, the backing band for our next performer, BOSCO. Her pale dreads danced along with her low-impact choreography as she debuted some new songs for the temple. BOSCO has taken time off from performing recently to dedicate herself to her newest project and release, and all the new material was met with excitement. She managed to convince half of the venue that night to stand and dance to her music, which the audience was perhaps too nervous to do before. We had both a reverence for the space and also a deep love for the music permeating it, and BOSCO helped us to see that we can show our respect even while obnoxiously shrieking praise. 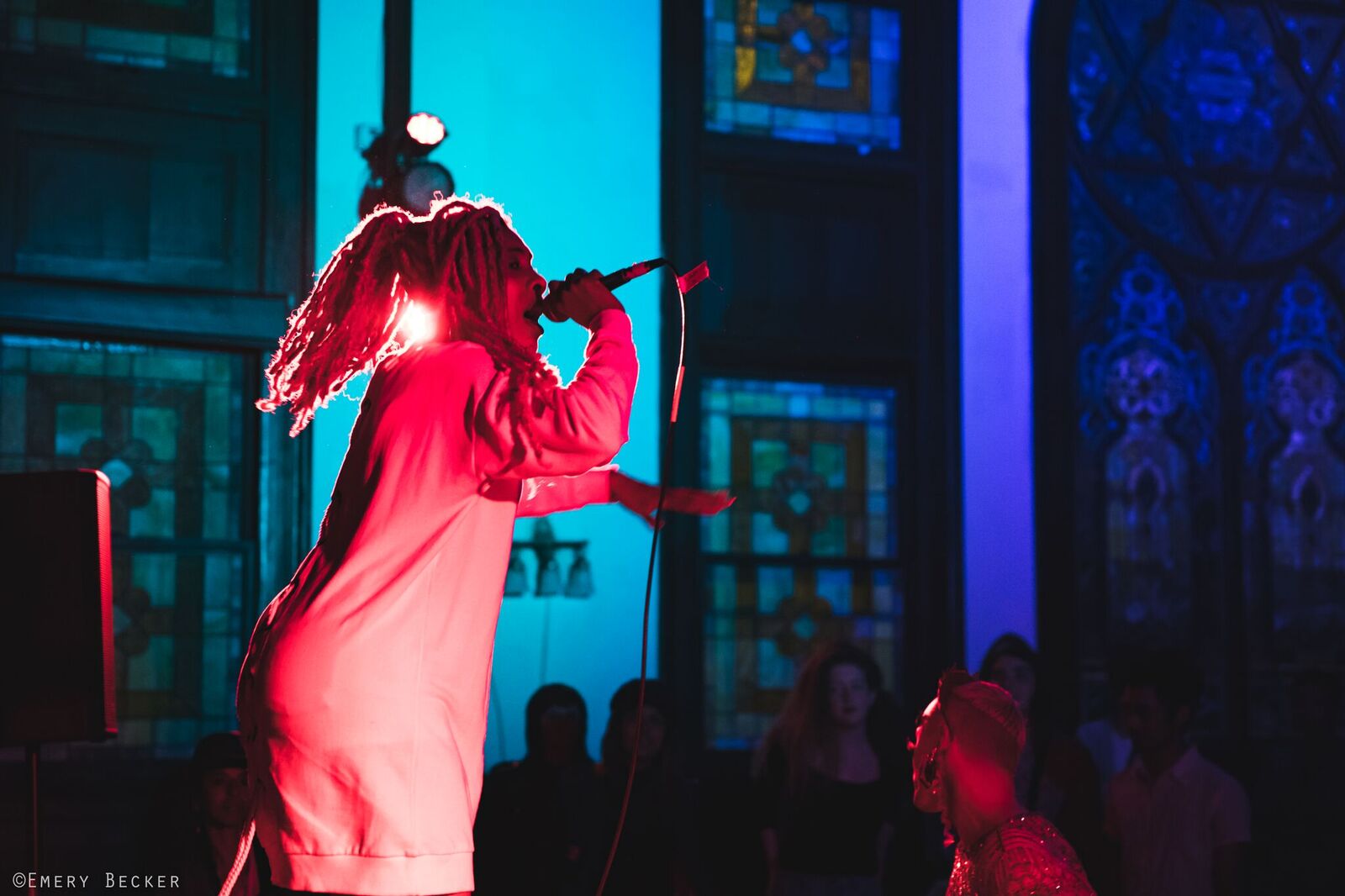 Several long moments of silence preceded vōx’s entrance; once she appeared, cheers erupted, building anticipation for the music to follow. Including the time she opened for Milk & Bone last March, she only has ever appeared in a translucent shroud. It typically covers her entire body though in the case of Saturday’s show, it enveloped the entire stage. In it, she is both hidden and exposed, both a living artist and an intangible experience. She performed a number of original songs from her catalogue in addition to her infamous covers of Kendrick Lamar and Justin Timberlake, both of which received an energetic response from the crowd, if you could call quiet yet intense appreciation “energetic.” 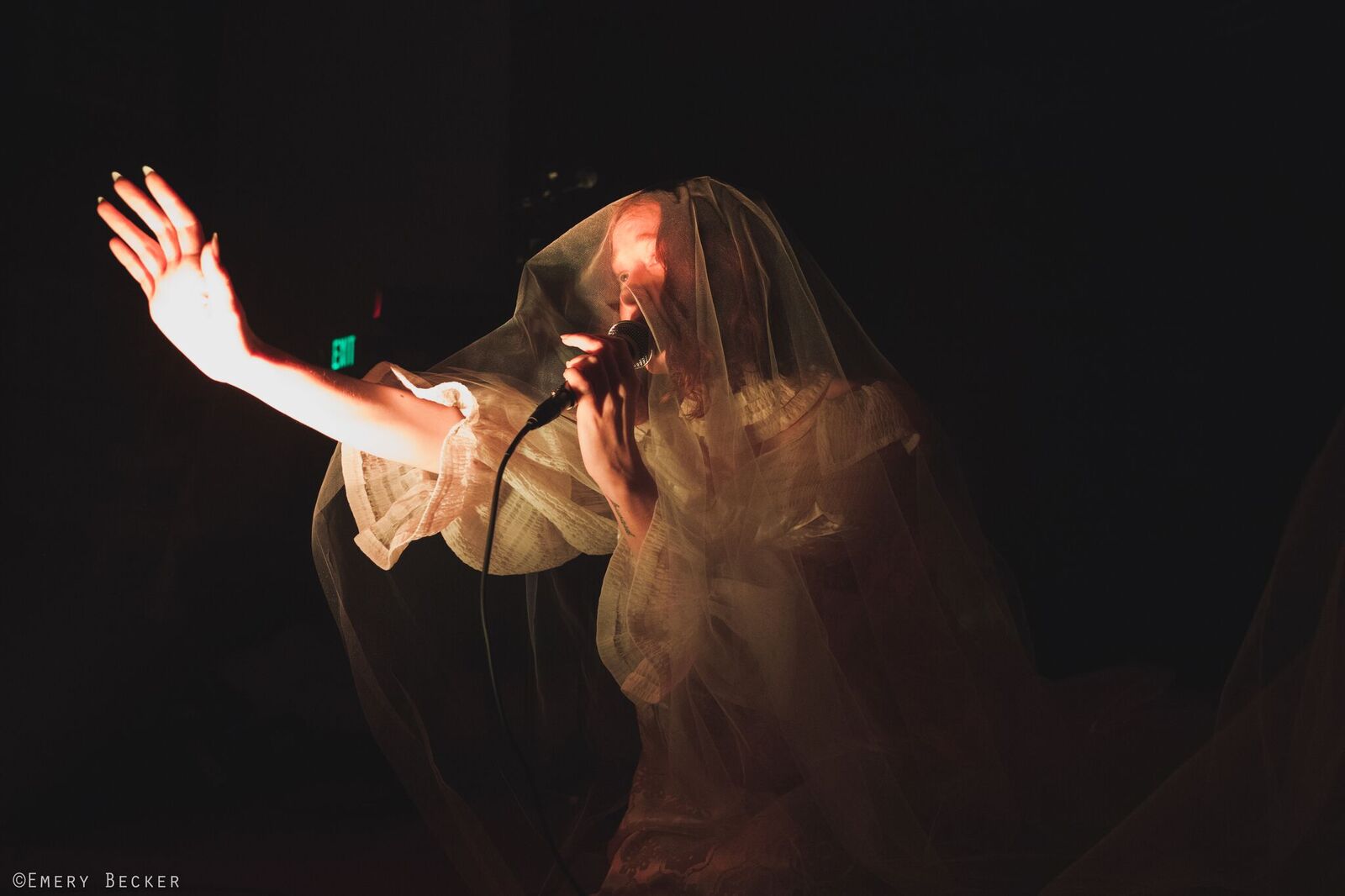 Her name speaks for herself, or rather for all of us. vōx, Latin for “voice” and often band shorthand for “vocals,” doubles as a symbol of unity for the LA artist–her voice is our voice too. It is her chosen instrument, and her new EP, I Was Born, is resplendent in vocoder and layered a cappella. Her music has an uplifting spirituality that reflects the faults of life, most accessible in her single and video for “I Still Care.” The title is a selective misnomer, where the line could evoke a reassurance out of context, but actually refers to the acceptance of hidden insecurities: “They say life begins when you no longer care what anyone thinks of you. But I still care.”

This is not the first show to take place at a church, and it is guaranteed far from the last. Even heathens can enjoy being touched by spirits in such a safe and intimate setting. But when we gathered at the Pico-Union Project, no one could have predicted that vōx would transport us to another world altogether.

Looking for more information on vōx? Find her on Facebook and Instagram. I also recommend copy/pasting “vōx” (with the phonetic accent) into google or else suffer sifting through every Vox article ever published.