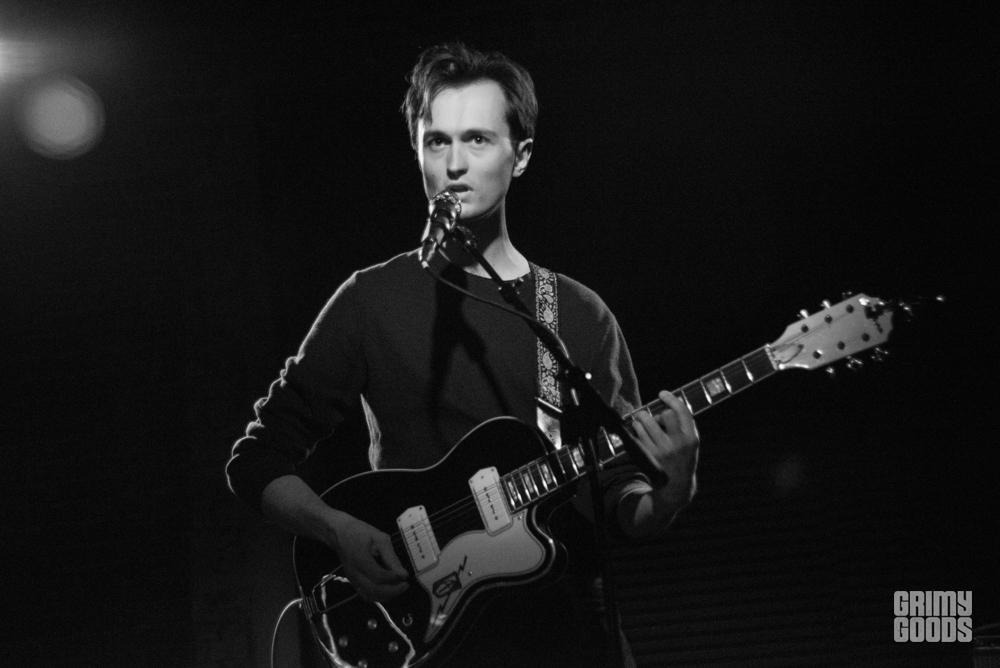 Nothing says intimacy quite like watching your favorites perform solo sets in a sparsely filled room with near-complete silence, save for the music of course. This was the case at the criminally under-attended show at Resident this past Tuesday night, showcasing newly local songwriter Meg Duffy as Hand Habits and Tim Darcy, performing some new songs from his new record, Saturday Night.

For anyone who may have caught Tei Shi the night before, the calm of Hand Habits was welcome, leading to a significantly less sweaty affair. My heart still swelled upon hearing tunes from her new record, Wildly Idle (Humble Before the Void). She played alone, using only her electric guitar and a few pedals at her feet to recreate the atmosphere of her record with ease. At one point, compensating for the lack of bandmates, she used both feet to step on two pedals simultaneously, pushing the mic forward with the only free appendage she had: her face. A wave of mounting dissonance washed across the stage, controlled carefully by Duffy until she swiftly cut it–a brilliant moment, rivaled, only by the studio recording itself, if at all. As is customary, she bantered with us while tuning her guitar between songs, telling us about her day which involved a supermarket security guard, Sheryl Crow, and a leaky diva cup. She seems like an easygoing woman, unless of course you forget to put your phone on silent, in which case she will give you the iciest stare I have ever seen. As Hand Habit’s set drew to a close, light flooded over her, her final songs drawing in more folks from outside in time for the night’s main act.

Tim Darcy opened with “Still Waking Up,” and a comment about being nervous due to all the friendship and love emanating from the crowd. Tim Darcy! Nervous! 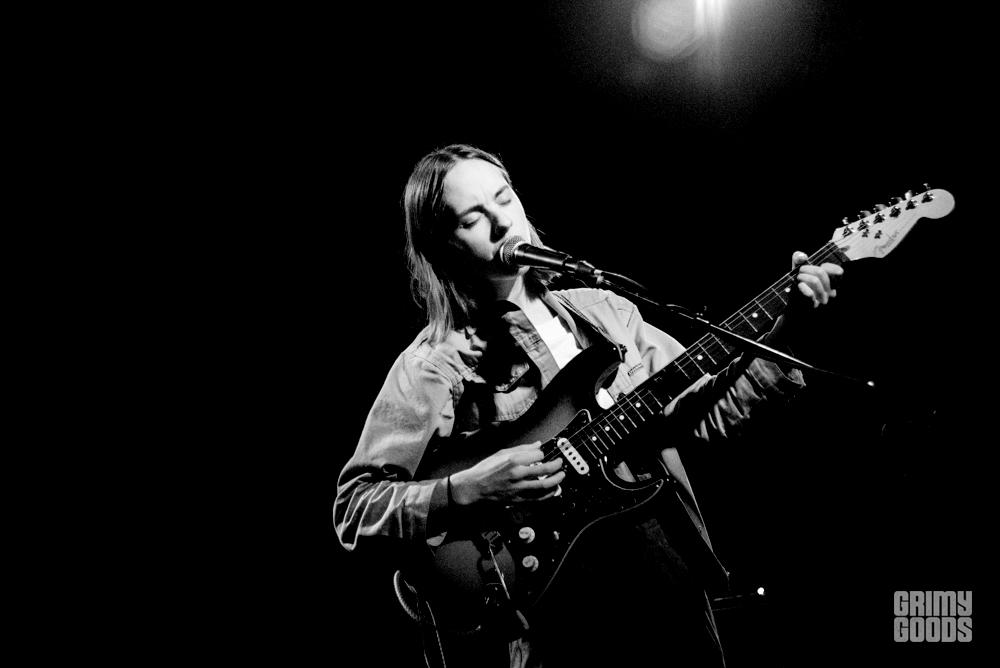 Darcy’s Saturday Night is a bold solo debut, and his other collaborative projects seem devoid of insecurity or indecision; however, that evening we became well acquainted with his humility. He asked us if we’d heard his new record or heard of Ought before introducing a bystanding bandmate as Tom Hanks. He also warned anyone unfamiliar with Saturday Night that the songs he performed that night would sound very different on the recording, which was all too true. Though I expected to get an earful of bowed guitars and wily compositions like “Tall Glass of Water,” that night was more subdued, building on the feeling of Hand Habits’ earlier performance. Darcy was still undoubtedly himself, though, bobbing around the microphone as if he didn’t know his own height and delivering meditative tracks like the drone-tinged “Found My Limit.” In a word, it was mesmerizing, and over far too soon. 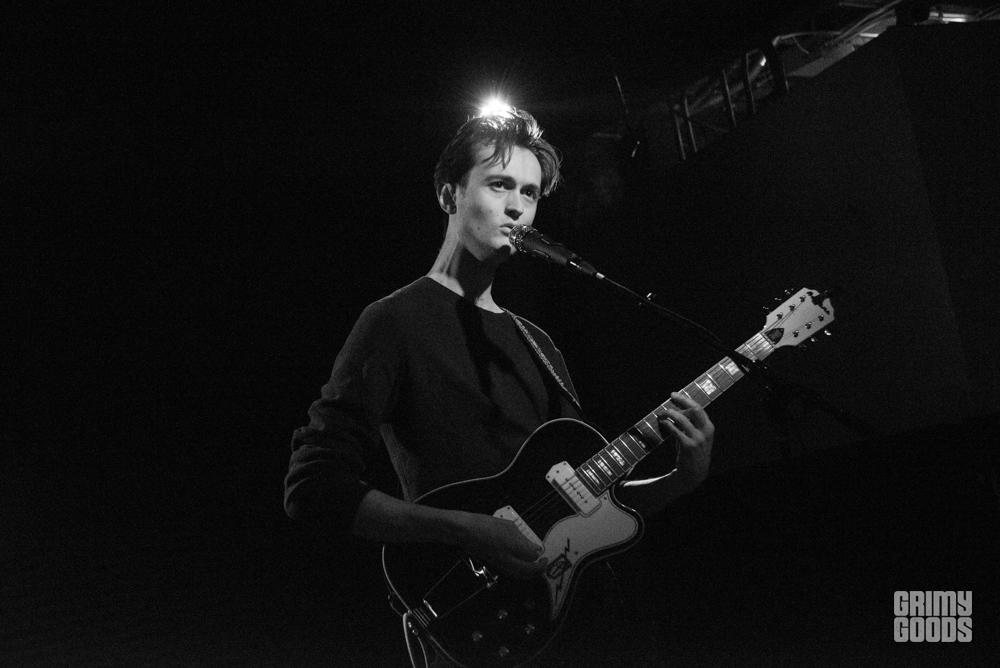 More Photos of Tim Darcy with Hand Habits at Resident 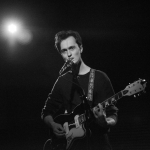 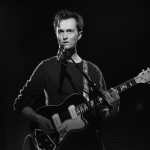 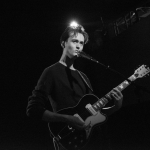 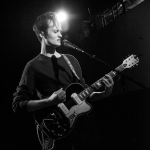 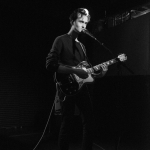 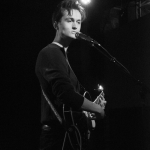 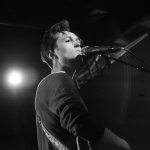 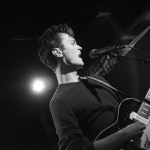 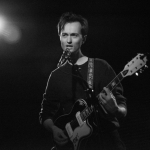 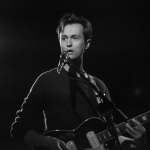 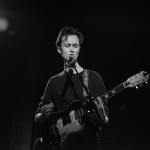 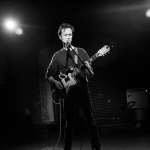 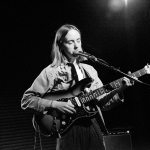 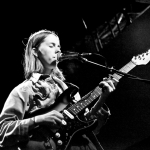 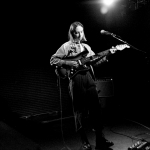 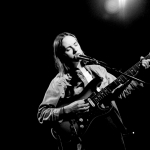