Combining the relaxed, low-key atmosphere of local favorites like Make Music Pasadena, the city’s newest and first major music festival Arroyo Seco Weekend made a successful debut on day one despite the heatwave that hit the Rose Bowl throughout the day. Festival promoter Goldenvoice made it clear that it was targeting a much different crowd than its two other Southern California events, moving away from the more rowdy nature of Coachella and FYF towards a much more laid back organization. A lot of festivals nowadays try to sell their event with boasts about curated culinary platters, connoisseur selected beverages, and lackluster art installations; Arroyo Seco makes no such egregious promises. It’s only guaranteed? To give music fans a festival that’s centered around a relaxing evening of live music and the event itself (which only got crowded near Tom Petty’s performance) was sparsely populated by major festival standards.

A lot of this was no doubt owed to the festival’s large population of middle-aged and older–people no doubt drawn to not only Petty’s presence but also the obvious Americana and 70s-80s R&B and rock undertones of many of the band’s performers. Blues-rock superstars Alabama Shakes took to the main stage The Oaks a little over an hour before Petty and his Heartbreakers would and made fans out of a lot of the older attendees with her sound-barrier-shattering howls and soulful heart-turners. Dawes similarly garnered its fair share of attention as an act that’s a mainstay in indie circles and its own fanbase, but relatively inconspicuous outside of them. A father with his teenage son kept remarking how much they sounded like a small band he’d listened to when he was in high-school, telling him that it was “cool” singer/songwriters like this were keeping the lifeblood of American folk-rock alive.

Arroyo Seco Weekend appears to be rooted in that specific sentiment; that the music of two or even four decades ago isn’t some lost artifact in the past resigned to an age of clashing tastes. Despite all the noise about there being a deep cultural divide between the music of “today” and of–what, exactly? The music of yesterday? How far do you have to go back to find “real” or “good” music? Charles Bradley and His Extraordinaires are making music today. Jeff Goldblum and the Mildred Snitzer Orchestra are stomping their feet and blowing their horns to some hot-bellied jazz, today–and not just at Arroyo Seco, but at a restaurant in downtown LA almost every Wednesday night! Everyone from infants to the elderly were dancing in the heat and the shade to sound of yesterday’s musicians unabiding to that proverbial saying, “rock is dead.” Rock, the blues, jazz, folk–it’s only dead when the last person dancing to it stops feeling something when those notes play–and at Arroyo Seco not a soul was keeping still. Dancing in the crowd or singing along to the words in a lawn chair or on a picnic blanket, babies running around with those sound muffling ear phones and elderly couples happily drunk off their asses; it felt more like a free concert at a local park than a major music festival.

The highs were endless and kept the heat at bay throughout the hotter moments on Saturday. Goldblum jumping on keys with his band to play upbeat jazz tunes was possibly the most surreal moment of the day, with charismatic actor and ivory-tickler “uh-ing” his way through some random trivia and a round of “Who Would You Rather?” in between songs. Broken Social Scene rocked the brains out of everyone at the Sycamore stage, bringing out more and more members of its huge ensemble with every song until the stage became one huge party you wanted someone to hand you an instrument to join. Horns blaring and guitars ripping it up, lead singer Kevin Drew was even joined onstage by Emily Haines of Metric for a duet as well. An hour or so later Bradley and his band gave a massive crowd a heavy dose of his loving, soul-satisfying R&B. Licking his finger and making eye contact with pretty much everyone present, the 68-year-old singer wailed his way through his set and remains a prime example of age being only a number. Tom Petty was, of course, another example of this and the aging singer did not disappoint one bit, opening with the first song off their first record before diving into a string of hits that took the older fans back to their teenage years and the younger ones to the moment their parents first played those tunes in the car. Dripping with nostalgia, the night was a chorus of voices singing “American Girl” and “Free Falling,” and with the heat finally gone the drinks flowed and the emotions grew to a fever-pitch that Petty and his Heartbreakers kept burning. 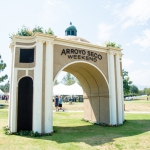 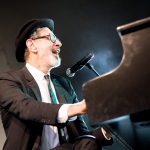 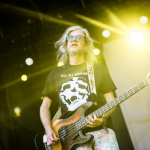 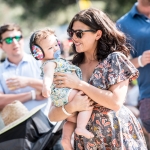 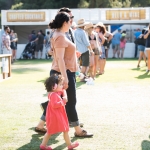 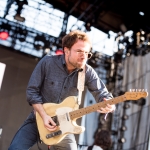 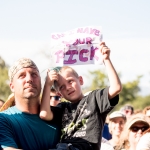 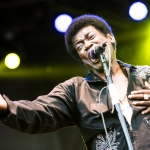 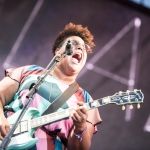 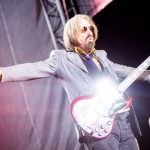 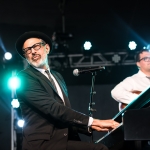 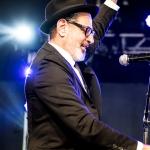 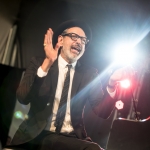 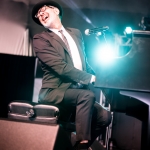 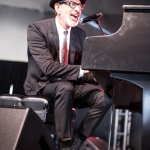 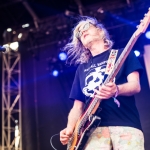 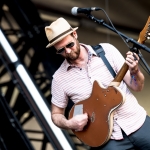 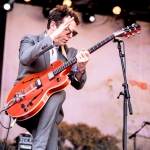 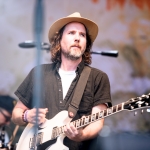 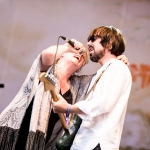