Girlpool at the Glass House by Steven Ward

When duo Girlpool first emerged, one of the draws of their two-piece folk harmonies was the noticeable vacuum in their music that came with a lack of percussion accompaniment. Cleo Tucker and Harmony Tividad both had the chops, vocals, and songwriting, but the solitude with which their voices mingle with their strumming is what makes their studio albums so laden with emotion. It gives an extra layer of nostalgia-laden intimacy to their already poignant tunes, which are further sprinkled with dreams of childhood naivety and romantic innocence. So fair warning to those that have yet to see the duo perform live as the group has added drums into the equation–although this is far from some damning betrayal of their previous avant-garde approach.

Embracing the raw, unfiltered grime of punk noise and splicing in their already sharp lyricism, Girlpool with drum and guitar backing is a wall of fuzz and glam. Tucker and Tividad shred, giving their lyrics a bit more of an aggressive bite to them, but avoid just yelling unintelligibly into the microphone. There’s a bit of clarity that shines through the heavy drumming and brash riffs, albeit solely in enunciation rather than feeling, mixing as much complexity into their songs as they dash back-and-forth between various memories of corner stores and sleepless nights that stem from the intensity of their most recent album, Powerplant. Like the buzz of a hundred power lines, the album is the source of Girlpool’s more electric tenacity, but even the album’s newfound percussiveness is light compared to hearing the duo tear it up in a small venue like the Glass House. It’s a gorgeous marriage, however, as Tividad’s and Tucker’s harmonies are the icy clarion that cuts through the noise to deliver their sentimental intoxications to the crowd.

Girlpool at the Glass House by Steven Ward

Opening for the duo was Snail Mail, a band that–besides having one of the best names ever–is a stand-out amongst the many lo-fi bedroom projects milling around today. A star-crossed love-child between the guitar competencies of Alvvays and emotional lyrical quality of Julien Baker, the project is the brainchild of Lindsey Jordan–a 17-year-old singer/songwriter that deals in deeply affectionate storytelling. Dubbed the “wisest teenager” in indie-rock by Pitchfork earlier this year, it’s hard to argue with the claim when you take even the slightest dip into the cozy confines of her songs, which sound like invitations into the blanket and pillow fort in her room that she no doubt uses as a recording studio. Mulling over self-doubt and identity, Jordan transforms teenage angst into meaningful existential gripes, abandoning the cliched and dull images of the former for something deeply honest. Jumping from jangly guitars to muffled rambunctiousness throughout her set, Lindsey shook her hair and crooned delicately into her microphone, hushing the crowd to silence with her words. At one point she was joined onstage by Tucker who ran up and started jumping on her as they sparred with their guitars. Tucker then ran into the crowd and began jumping up and down with both fists in the air in excitement, while the crowd remained in a chilled stupor, as Snail Mail finished their set.

Snail Mail at the Glass House by Steven Ward

More Photos of Girlpool with Snail Mail at Glass House 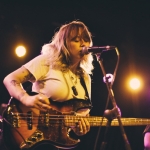 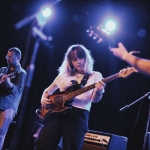 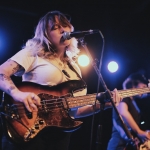 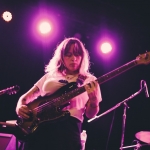 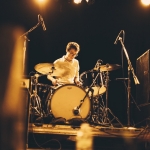 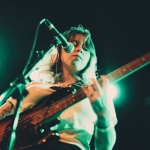 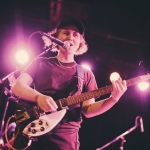 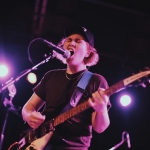 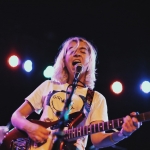 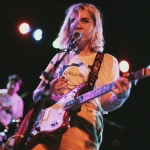 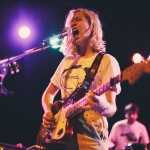 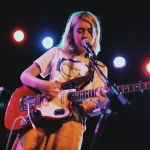 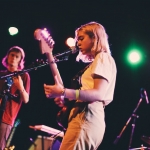