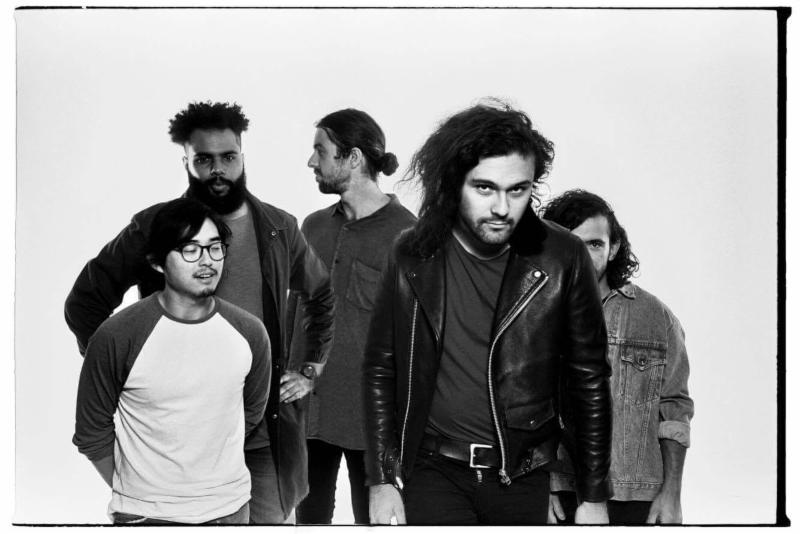 Gang of Youths, the rapturous rock band from Australia that seems hell bent on tackling the existential and spiritual angst of the human condition all by their lonesome have debuted the music video for their newest anthem, “The Deepest Sighs, the Frankest Shadows.” The song is off the band’s highly anticipated new album Go Farther in Lightness–the follow-up to 2015’s hopeful but bloodied debut The Positions–and it takes a noticeable veering from their previously visceral introspections on the meaning of one’s life and the weight that question can place on an individual. For David Le’aupepe, finding humanity in misery has been his primary source for much of his tense but anthemic songwriting; tackling topics of suicide and depression without any dangerous glorification of them, instead of using them as a rallying cry for which people can find some hope in. On “The Deepest Sighs, the Frankest Shadows,” Le’aupepe pushes for the need to recognize that in our chaotic world there are a lot of things without any real value–meaningless shouldn’t be feared and although our ability to give things meaning can be a beautiful thing, it is not absolute.

“This song came about after I struggled with writer’s block for a year, barely managing to etch out more than a single verse of something awful the whole time. I was walking home across the Brooklyn Bridge one night, questioning my place in the world, contemplating giving up music and doing something more substantial. I sort of felt that I wasn’t doing anything that actually mattered,” says Le’aupepe about the inspiration behind the song. “But I looked out at the skyline, all silvery and strange and in typical self-indulged frontman fashion, I began to revel in this moment of abandon, of self-hate. As a result, I think I stumbled across a kind life-affirming axiom; that in a cosmos potentially absent of meaning, and an existence devoid of objective value, I have an opportunity to invent my own meaning. We all do. We can ascribe meaning and value to our own lives and in a way, attribute great esteem and value to each other as a result.”

In the video, Le’aupepe runs through a widely deserted expanse of countryside, his hands cuffed as the song’s build-up of riveting guitars and percussion escalate his anxieties and hopes. Shot with a drone and done in a single take with the help of directors Dan & Jared Daperis from LateNite Films, the video is cinematically gorgeous with its sweeping bird’s-eye shots of the lead singer’s small form running through fields and alongside lake beds. As the rumbling bursts forward into a powerful gallop, joined in by a flurry of clarion shrieks from a brass section, Le’aupepe offers to his listeners that “not everything means something,” but reassures us that there’s still a warmth in his eyes. In the face of trite meaninglessness or the deepest of sighs and the frankest of shadows as the song’s title implies, Le’aupepe and company still find a way to rage against it. As the song propels itself towards an enraptured climax that never really resolves itself, Gang of Youths paints our bid for one of the most important poetic images of the last decade: “We’re pushing a stone / Up a mountainous waste / And the lines at the store / Look like lines on a beautiful face.”

For every ounce of misery, there are veritable tons of hope and beauty awaiting us somewhere in the distance. Watch Gang of Youth’s video for “The Deepest Sighs, the Frankest Shadows” below.

Gang of Youth’s second studio album Go Farther in Lightness is out this Friday, August 18 via Red Music, you can pre-order it here. The band is currently on tour in Australia with a US tour to be announced soon, visit the band’s website and Facebook to stay updated on future releases and tour announcements. 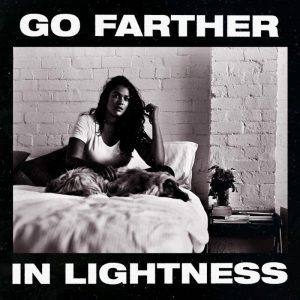 Go Farther In Lightness Tracklist:
1. Fear and Trembling
2. What Can I Do If The Fire Goes Out?
3. Atlas Drowned
4. Keep Me In The Open
i) L’imaginaire
5. Do Not Let Your Spirit Wane
ii) Go Farther In Lightness
6. Achilles Come Down
7. Perservere
iii) Le Symbolique
8. Let Me Down Easy
9. The Heart Is A Muscle
iv) Le Réel
10. The Deepest Sighs, The Frankest Shadows
11. Our Time Is Short
12. Say Yes To Life