What better way to enjoy your afternoon than with performances by some of the newest and most buzzworthy alternative acts in the music scene? How about getting to dance to our favorite Los Angeles born and raised sisters, HAIM? Well, Alt. 98.7 answered your prayers with their annual Summer Camp concert this past Saturday. The party took place at The Queen Mary Event’s Park in sunny Long Beach, California. First off, it was such a beautiful day! We’re right along the water, with only the best of weather. Without delay, fans poured into the park, grabbed some lemonade, beer, tasty food truck eats, and grabbed a spot in front of the night’s solo stage.

Getting the show started was up and coming one-man-band, Youngr. The UK mastermind behind the act is noneother than Dario Darnell. Son of the popular 80’s pop gangster, Kid Creole, and he is no stranger to flair and stardom. With his impressive spread, Youngr truly stunned the crowd with his electro pop sounds all rising from his encircling playpen of bass, keys, guitar, and drums. His vocals were pretty special too. He definitely got the crowd dancing and warmed up for what was ahead in the afternoon.

Next on stage were the energizer bunnies of Magic Giant. LA’s own “in your face” wild trio got the crowd stirred with their straight up good vibes. Frontman, Austin Bisnow is a rush of energy all alone with his hoppy moves and blaring percussions. Alongside Bisnow are friends, Zambricki Li on harmonica, banjo, violin and fiddle, and Zang on acoustic guitar, sometimes bass and percussion as well. These guys surely put their own unique spin on indie folk/pop. They got the crowd even more amped, with some in-crowd pop-up sing-alongs.

Keeping the show going, Alt 98.7 brought us Vance Joy, Lord Huron, and Sir Sly. Keep in mind, this event came packing with none other than that ever-special rotating stage, so each act was only a spin away!

The Australian songwriter took stage and swooned the audience in no time. Vance Joy is expected at such a concert with his well-known song “Riptide” of course, but man does this guy have so much more than the upbeat indie-folk song. The last time I caught this guy was a whole two years ago at the Glass House in Pomona where he had me awestruck. It was truly so cool to see how he captured the undivided attention from the sold out crowd. Be sure to catch his most recent and emotionally gripping release “Lay It On Me” which surely doesn’t disappoint listeners.

Swiftly after Vance, we were graced by two more sets of LA natives.

Lord Huron is frontman Ben Schneider and friends. With these so far short 25 minute sets, these guys got the crowd grooving in no time! This was my first time catching the band and I couldn’t be more pleased with what I saw. In comparison to any other indie rock band, these guys separate completely! What I mean by that is you can’t have any assumption of what to expect from said “genre” act. They really know how to rock, and to no disappointment, they had the crowd clapping and hollering for the duration of their set. If you only know them for their brought to fame by Netflix show 13 Reasons Why track “The Night We Met”, you’ve got a lot to catch up on, since these guys have been slaying the live game since early 2010.

Next up were the honest and introspective act, Sir Sly. This trio came to light in 2014 with their debut record You Haunt Me via Interscope and caught the attention of many with their take on electric pop. Sir Sly’s moody music is initiated by frontman, Landon Jacobs mysterious gazes upon each member of the front row. No matter what age you are, I think you’d dig this act for many reasons. For one, they get your head bopping! With this live show being such a variety in genres, Sir Sly does set themselves apart in only good ways. The audience seemed to enjoy themselves a lot and sang along to the guys’ latest hit single “High.”

If we weren’t having one of the best days ever just yet, the night really was about to pick up even more.

Beginning the string of longer sets was Bleachers! Bleachers is Jack Antonoff. Antonoff is previously of the band FUN., where he began creating his solo project which we had the immense pleasure of seeing live. I think Bleachers is one of those bands any one could enjoy whether they’re regular listeners/fans or not. Antonoff’s music is extremely poppy with the heavy influences from that late 80’s and early 90’s music of John Hughes films, while still using such evident modern production techniques. From the front of the crowd to the back, Antonoff got fans on each other’s shoulders, waving their hands in the air with huge smiles on their faces. His set felt straight out of a big music festival clip you and your friends would watch on Youtube in your room when you felt left out of the fun. It goes without saying that Antonoff is a talented fellow, with his quick movements from one side of the stage to the other, as well as some shredding guitar abilities. He too ended up in with the crowd while the crowd chanted the songs “I Wanna Get Better” and “Don’t Take The Money” back to him.

After that set fans were way more than warmed up for the final three acts of the night. First up were the sisters of HAIM!

It was none other than an epic homecoming of sorts, while the crowd pleasing took the Summer Camp stage and made it their concert. Killing their grand entrance with their sophomore record’s  hit single “Want You Back”, smiles couldn’t be wider on fans faces as they sang along. From small talk to a fan in the back getting the girls’ attention and asking youngest sister Alana to his prom, they definitely stole our hearts as per usual. We danced the rest of their set away and stood in awe at the girls’ well-known percussion jam ending.

Co-headliners The Head and The Heart took stage, swiftly following HAIM. The classy indie folk band from Seattle, Washington is comprised of some insanely talented musicians. With the release of their more poppy third album Signs Of Light following a two-year hiatus, T.H.A.T.H. are back and better than ever. Of course fans of the band were stoked to hear their favorites along with their latest breakthrough hit “All We Ever Knew.” After photographing, I got to enjoy the rest of their hour long set off to the side of the crowd, with the lights shining along the water next to me. It was definitely a lovely night, and it was so cool to see how much the crowd was lost in the music.

Following the folk band, the stage turned for one last time and the fan base for Foster the People went wild as founder Mark Foster made his way to the mic after the fellow band members. Foster the People made their debut in the industry with album Torches, which only led them to immediate stardom following small club shows and indie festival appearances. Summer Camp really lit up with starry eyes for the wide array of eclectic favorites such as “Helena Beat,” “Don’t Stop,” and “Houdini.” Recently releasing new music, they’ve started a craze among new and old fans alike. It seemed apparent that dance was key. These guys are mega talented! Not only did they slay at their music, but they killed a cover of Ramones’ “Blitzkrieg Bop”!

With a chance to address the young and older audience, Foster also took time aside from performing to recognize the importance in standing up for what you do and do not believe in, with the many events taking place in the world today. When it came down to it, he couldn’t be more proud of Los Angeles for their ultimately beautiful courage to take stance in what we all believe in, with the ending point that love will always win. With that said, the crowd loudly applauded and joined Foster in his unique moves and danced the night away to their well-known hit that started it all, “Pumped Up Kicks.”

I think it goes without saying that Summer Camp 2017 was an all-around success. Until next year, campers.

The Head and The Heart at Alt 98.7 Summer Camp shot by Danielle Gornbein

The Head and The Heart at Alt 98.7 Summer Camp shot by Danielle Gornbein 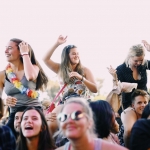 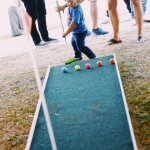 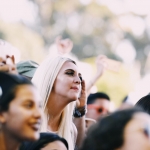 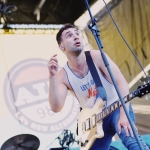 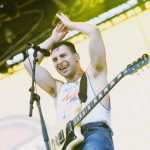 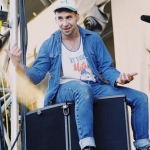 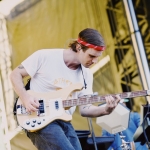 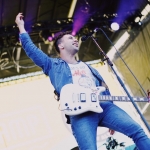 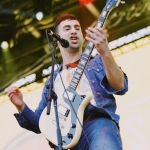 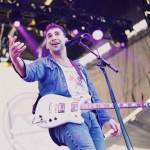 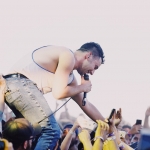 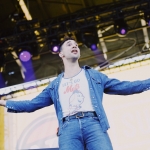 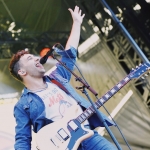 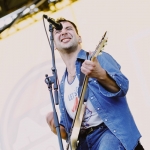 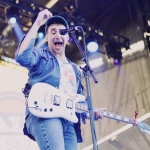 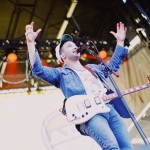 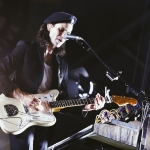 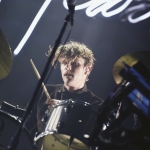 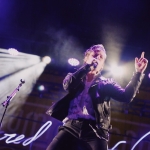 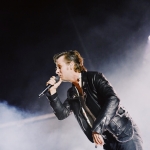