The Fox Theater in Pomona got hit hard this past Monday night with the co-headlining tour of the Flaming Lips and Mac Demarco.

The goofy and very eccentric charmer himself, Mac DeMarco got the crowd going on a matter of seconds with his casual demeanor. However, the demeanor only lasted as long as he wanted it to and just like that DeMarco excitedly raved about the new Star Wars trailer released only a few hours prior to their set, and led the band in a devilish screaming rant which funny enough, carried into a raging cover of Van Halen’s “Running From The Devil”. Still supporting his summer release This Old Dog, DeMarco dazzled his dedicated fans with the latest hits and ballads such as “On The Level” and “One More Love Song”. As if he wasn’t entertaining enough, Mac-y had another bit during his set that I can confidently say was highly bizarre. From jumping off the drum kit into high toe touches repeatedly, DeMarco had a little improvised singalong with his tour photographer to “There She Goes” originally by The La’s. The singing generously carried on before the longer than brief French kissing they both shared before DeMarco thanked the crowd and left them with a smooth “God Bless”. Wow! At the end of the day I think Mac DeMarco is the pleasantly tipsy wedding singer we’d all love on our big day.

Of course the grand finale fell with psychedelic magicians, The Flaming Lips. With the blown up mushrooms placed throughout the theater and instruments set on stage, they casually took the floor. Greeting fans genuinely was frontman, Wayne Coyne. The 56-year-old music maker instantly commanded the energy from the sold-out house and with a sharp second, lights began shining and confetti blown from and in every possible direction. Helping to expedite the spree, Coyne shot out large helpings of the colorful decor into the welcoming crowd.

With these gorgeous curtain-laid wires hung at the top of the stage beginning to spark up with every color of the rainbow, and a massive disco ball in the center of it all, the Lips were off and running by the start of the second song! Also in support of their latest release, Oczy Mlody, the Lips performed some new tunes, such as “There Should Be Unicorns” and “How??”. Even though Coyne and his friends perform 10-12 song sets, they know how to entertain and make the night feel endless. We got to see the in-crowd pleasers with Coyne’s metallic unicorn covered in rainbow-colored lights that he strolls around through the pit in, and his trademark clear plastic bubble he rolls on top of the worshipping fans (while they perform their rad cover of the late Bowie’s “Space Oddity”) .

The Flaming Lips are without a doubt one of those must-see bands. Truly very little compares to the energy and love in the various venues they play. Of course with everything going on in the world, Coyne did take a moment before they performed the encore of well-loved song “Do You Realize??” to address how important love is.

“It’s a contagious thing. The real reason you should always show the world how good you f*ing feel is because there are people experiencing some profound sadness.”

With watery eyes and warm hearts, the Fox Theater sang along for the true finale of the night.

More photos of the Flaming Lips with Mac DeMarco! 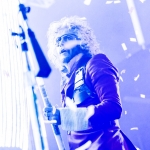 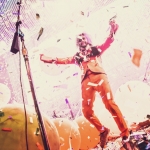 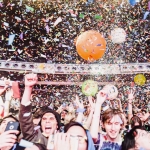 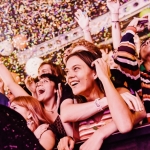 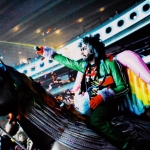 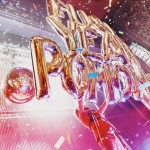 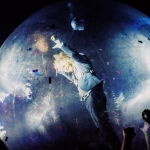 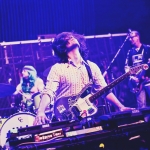 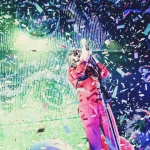 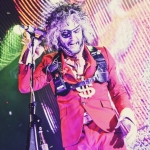 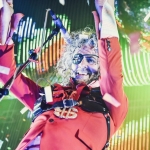 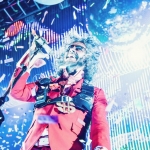 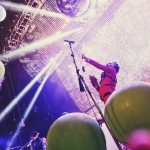 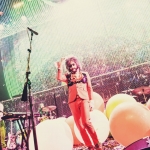 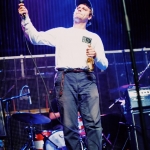 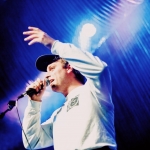 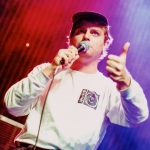 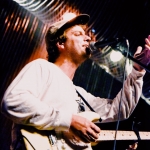 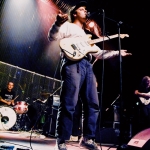 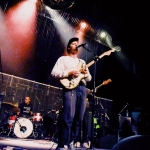