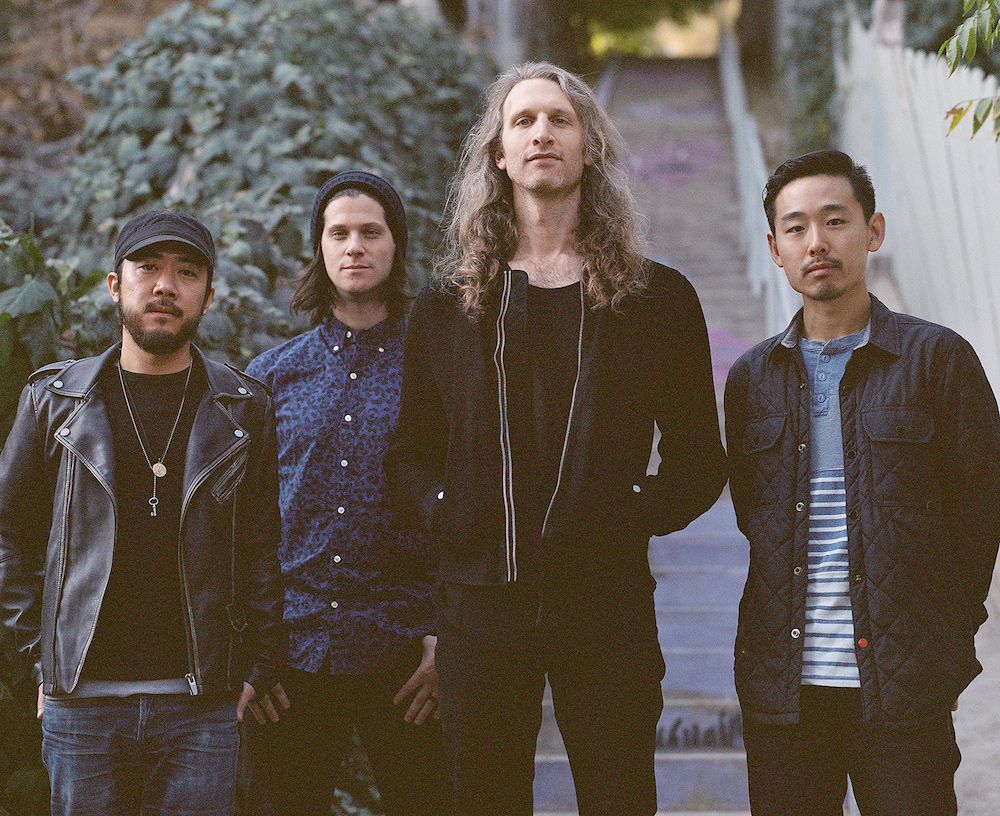 The Sun is our planet’s primary source for energy and by extension is the only reason we are all alive today. This significance is not lost on LA-based quartet Former Faces. The band pays tribute to this cosmic miracle in their new song and video for “Coursing On,” which you can watch exclusively below.

“Coursing On is a song that pays homage to the Sun. It recalls an epic day in Jalama that included spying on vultures, evading snakes, chasing trains, and hitchhiking to the beach after missing my party’s rendezvous. The driver was a man called Ray, a Chumash Indian, who explained that he was scouring the land for artifacts in hopes of unearthing them before the local government.” -Ryan Parmenter, Former Faces lead singer

The new single has a quiet power within its adept alt-rock progressions. Vocalist Ryan Parmenter paces the lyrics in each verse as if carrying the weight of the star, also shown as an anthropomorphized figure in the accompanying music video. The clips for “Coursing On” are stitched together from the 1973 short film by Gerald McDermott, Arrow to the Sun, meant to educate children about the Pueblo Native American tribe. “When I discovered the footage, I immediately recognized the parallels between the fable’s theme and the meaning behind the song,” Parmenter explains. The tale is highly abridged in Former Faces’ video, sped up to match the climactic trials to the song’s own final crescendo. In both, you can feel the almighty touching our lives, even if only through the warm light gracing our skin.

“Coursing On” will appear on Former Faces’ forthcoming LP, Foreign Nature, due out April 5th. Be sure to catch the band live at Harvard & Stone on February 22nd. For more information on Former Faces, follow them on Facebook and Instagram.