Grimy Goods has a sensational playlist of the most influential black female singers and musicians. Spanning a variety of genres that include jazz, soul, rock, blues, indie, hip hop, pop, r&b, experimental, and yesteryear “girl groups” — this playlist features influential black female singers from modern cuts of music, as well as those classic oldies.

From the electric blues of Sister Rosetta Tharpe to the timeless jazz of Billie Holiday, this playlist also features experimental r&b acts like FKA Twigs and hip hop greats such as Missy Elliot and Lauryn Hill. If you’re looking to get your sing-along pop songs on, there’s even some Beyoncé and Tina Turner on there. Or you can go for something a little more classic with the Afro-Cuban dance tracks from Celia Cruz and the reggae / dancehall anthems from Sister Nancy. Many more black female greats to be heard and discovered.

Stream below our Spotify playlist: 45 Most Influential Black Female Singers and Musicians

In Alphabetical order because they’re all too great to rank … 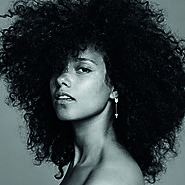 Alicia Keys became an international star with her singular mix of classic and contemporary R&B. Behind the number one pop hit "Fallin," her debut album, Songs in A Minor, sold more than 50,000 copies during its first day of availability in 2001 and eventually moved over ten million units worldwide, thus setting the stage for the then-20-year-old's long career. 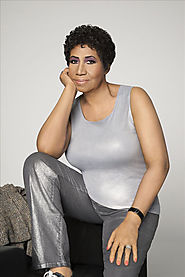 Aretha Franklin is one of the giants of soul music, and indeed of American pop as a whole. More than any other performer, she epitomized soul at its most gospel-charged. 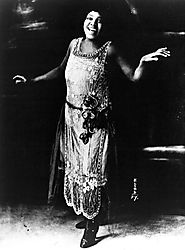 The first major blues and jazz singer on record and one of the most powerful of all time, Bessie Smith rightly earned the title of "The Empress of the Blues." Even on her first records in 1923, her passionate voice overcame the primitive recording quality of the day and still communicates easily to today's listeners (which is not true of any other singer from that early period). 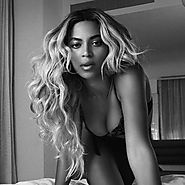 One of the most recognizable figures in contemporary music, Beyoncé rose to fame as the central member of pop-R&B group Destiny's Child before embarking on a multi-platinum, record-breaking solo career in 2001. 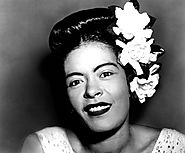 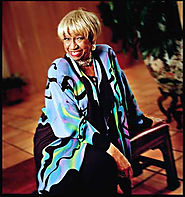 Celia Cruz was one of Latin music's most respected vocalists. A ten-time Grammy nominee, Cruz, who sang only in her native Spanish language, received a Smithsonian Lifetime Achievement award, a National Medal of the Arts, and honorary doctorates from Yale University and the University of Miami. 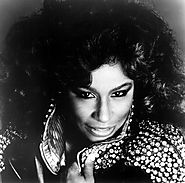 Best known in the mainstream for her superb 1984 cover of Prince's "I Feel for You," R&B singer Chaka Khan enjoyed solo success as well as popularity as a member of the group Rufus. 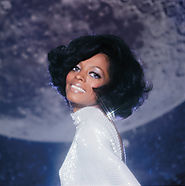 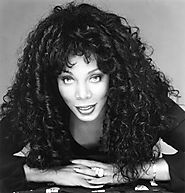 Donna Summer's title as the "Queen of Disco" wasn't mere hype. Like many of her contemporaries, she was a talented vocalist trained as a powerful gospel belter, but she set herself apart with her songwriting ability, magnetic stage presence, and shrewd choice of studio collaborators, all of which resulted in sustained success. 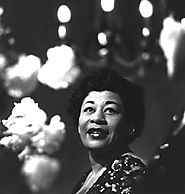 Ella Fitzgerald, Category: Artist, Albums: Cheek To Cheek: The Complete Duet Recordings, Ella At Zardi's (Live At Zardi’s/1956), Live at the Concertgebouw 1961, Someone To Watch Over Me, Live At Chautauqua Vol. 2, Singles: I Got Plenty O' Nuttin' (Mono), Let's Do It (Let's Fall In Love), Someone To Watch Over Me, Merry Christmas From Ella Fitzgerald, Rhino Hi-Five: Ella Fitzgerald, Top Tracks: Dream A Little Dream Of Me - Single Version, Summertime, Sleigh Ride, Cheek To Cheek, Frosty The Snowman, Biography: Recognized worldwide as "The First Lady of Song," Ella Fitzgerald is arguably the finest female jazz vocalist of all time., Monthly Listeners: 2927838, Where People Listen: London, Los Angeles, Mexico City, São Paulo, Paris 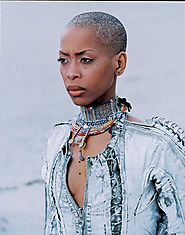 She grew up listening to '70s soul and '80s hip-hop, but Erykah Badu drew more comparisons to Billie Holiday upon her breakout in 1997, after the release of her first album, Baduizm. 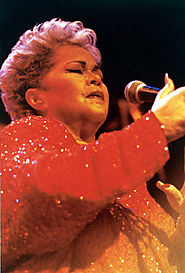 Few female R&B stars enjoyed the kind of consistent acclaim Etta James received throughout a career that spanned six decades; the celebrated producer Jerry Wexler once called her "the greatest of all modern blues singers," and she recorded a number of enduring hits, including "At Last," "Tell Mama," "I'd Rather Go Blind," and "All I Could Do Was Cry." At the same time, despite possessing one of the most powerful voices in music, James only belatedly gained the attention of the mainstream audience, appearing rarely on the pop charts despite scoring 30 R&B hits, and she lived a rough-and-tumble life that could have inspired a dozen soap operas, battling drug addiction and bad relationships while outrunning a variety of health and legal problems. 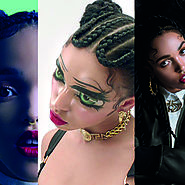 Crafting ethereal electronic R&B that evokes the heyday of Tricky and Massive Attack and the spare 2010s aesthetic of the xx, London's FKA twigs is the project of Twigs, aka Tahliah Barnett, a half-Jamaican native of Gloucestershire.

One of the great soul singers, Gladys Knight was a performer from her childhood years, forming the Pips with her brother Merald and a couple cousins.

Grace Jones was one of the more unforgettable artists to emerge from New York City's hedonistic Studio 54 disco scene of the late '70s. 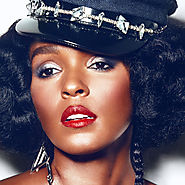 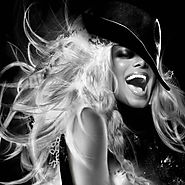 Janet Jackson didn't merely emerge from the shadows of her famous brothers to become a superstar in her own right. 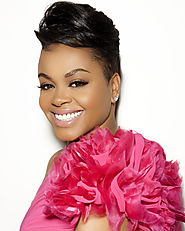 A mature R&B vocalist who excelled with slower, sensual material ("Slowly, Surely," "I'm Not Afraid," "My Love") and was versatile enough to pack plenty of punch with anthems of pride and self-empowerment ("Golden," "Family Reunion," "Hate on Me"), Jill Scott grew up in north Philadelphia and began her performing career reading her own poetry. 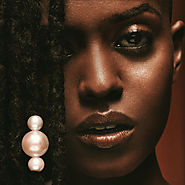 Kelela synthesizes contemporary R&B and progressive electronic music with an aptitude for prompting club play as much as bedroom listening.

After making her presence known on Junior M.A.F.I.A.'s debut album, Conspiracy, Lil' Kim launched a solo career in 1996 with the release of her first record, Hard Core. 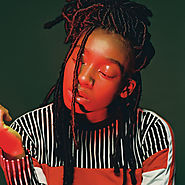 With her new single, North London hip hop artist Little Simz reminds us that she is not just a girl, she’s a boss. The song debuted on television’s current best place to hear new music: Issa Rae’s HBO show, Insecure. “Boss” comes on the heels of another brand new Little Simz cut called “Offence,” which came out last week. Both new tracks will leave you hoarse and empowered. 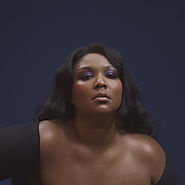 Lizzo is like a one-woman variety show. The girl can sing, she can dance, she can rap and she can play the damn flute. Lizzo has endless wit and charm, and can work any stage (and I’m not just talking about her twerk werk, ya hear?).
But it don’t end there.
What’s most special about Lizzo, is how real she is. She is absolutely inspiring (“If I’m shiny, everybody gonna shine”). She never fakes the funk (“I’m a thick bitch, I need tempo…”) and always comes correct with who she is and / or who she was (“Once upon a time, I was a ho / I don’t even wanna ho no mo’…”).
Not to mention, Lizzo is absolutely gorgeous. 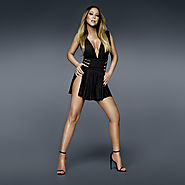 The best-selling female performer of the 1990s and one of the most popular artists through the 2010s, Mariah Carey rose to superstardom on the strength of her stunning five-octave voice. 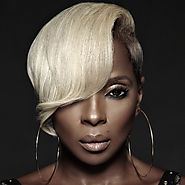 When Mary J. Blige's debut album, What's the 411?, hit the street in July 1992, critics and fans were floored by its powerful combination of modern R&B and edgy rap production that glanced off of the pain and grit of the singer's New York upbringing.

The tragic death of 31-year-old Minnie Riperton in 1979 silenced one of soul music's most unique and unforgettable voices.

3 thoughts on “Most Influential Black Female Singers and Musicians”