Piggybacking the winter-sporting fever that came with the 2018 Winter Olympics and bringing some of that magic to sunny downtown Los Angeles, Air + Style closed out its weekend in spectacular fashion with a flurry of stunning musical and athletic performances. The festival took on an even greater role in the aftermath of this year’s Olympics due to founder Shaun White‘s win, serving and feeling like one large afterparty-like celebration for the snowboarder bringing home the gold–which he had on display around his neck as he took pictures with fans. Sunday’s finale played host to a variety of events as well, already bolstering its stellar music lineup with a best-trick contest for snowboarders and skaters alike.

Between each artist performance, attendees gathered at both the constructed skating and urban-snowboarding course to watch athletes from around the world, young and old, go head to head. On the skate course, two rounds of qualifying competitions saw at least a dozen skaters strutting their stuff and wowing the crowd some gravity-defying tricks. But the night belonged to the youth as Hawaiian native Heimana Reynolds took home first-place with his penchant for speed and fearlessness in producing the most insane jumps of the day. Fourteen-year-old Cj Collins took home second and was without a doubt another crowd favorite of the night, zipping around the course with some serious ambition and offering up some of the more technical tricks in the competition, while Southern California local big-air grabber Tom Schaar took third.

Opening the day’s musical performances on the Summer stage was Mija, spinning her mix genre-bending electronic creations for the early arrivers of the day and chilling what little heat there already was in the air with some seriously icy hits. Blending everything from trance-like beats with disco-infused funk, the now Los Angeles local really cut the mold for day two, carrying over the momentum of day one’s EDM heavy lineup and setting herself apart with a wildly impassioned set. Across the way on the Winter stage, new-wave jazz instrumentalists BadBadNotGood mellowed out the growing crowds with their improvised pieces and tweaked interpretations of popular hip-hop tracks. The quartet themselves were already arguably the most unique group to be performing all weekend and kudos to Air + Style giving them the main stage to work with, as they did not disappoint. With Alexander Sowinski on drums, Leland Whitty blaring away on saxophone, Chester Hansen on bass, and Matthew Tavares playing like a madman on keys, the group turned would-be bystanders into instant fans as people danced their way towards the groovy transmissions they heard coming from the stage.

R&B and pop favorite of the weekend Tinashe appeared before a raving crowd on the Summer stage, transforming her small environ and accompaniment of four backup dancers into an explosive performance. With all the swagger and gusto of an artist performing on a much larger stage to a crowd of thousands, Tinashe made her set feel just as grandiose as if she was playing the main stage at Coachella or was the cornerstone performance at the Grammys. Bringing the nighttime, Phantogram was undoubtedly one of the most highly anticipated acts of the weekend and as they took the stage Sunday evening the festival’s attendance hit a peak. Led by duo Sarah Barthel and Josh Carter, there was a time when the band was playing free concerts at Grand Park not fifteen minutes from the festival they were now playing the main stage for. With their midnight electronica sound and haunting beats, the band left the crowd visibly shaken with their adrenaline pumping, closing out their set like they were the last act of the night.

Electro-soul DJ GRiZ shut-down the Winter stage almost immediately after, bringing with him a wild mixture of trippy, dubstep beats informed by his clear love of old-school grooves. From behind his laptop, Grant Kwiecinski shouldered his saxophone and punctuated each of his electronically produced melodies with the brass buzzings of his favored instrument, igniting the crowd into a near frenzy. Over on the Summer stage, Gucci Mane gave fans an enthused set after a delayed start, stoking the crowd into jumping and screaming along to his lyrics for nearly his entire set.

As the finale of the night and weekend, Phoenix ended Air + Style with all the glamorous rock energy that they’re known for, instantly charming the crowding with favorites like “Entertainment” and “Listzomania.” With every glittery, electric hook and wondrously howled chorus, the French band led by Thomas Mars captured the budding nostalgia of love and bliss that echoes across their discography, beginning with their first record which was released a staggering eighteen years ago. Mars, a hurricane of elegance, danced with grace and passion as he sang along with the now massive crowd to the band’s many hits. 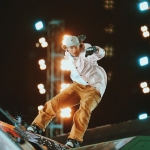 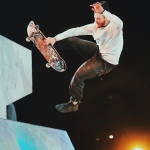 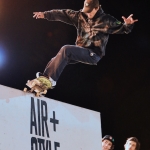 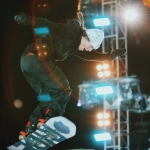 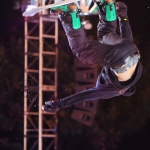 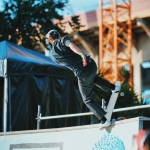 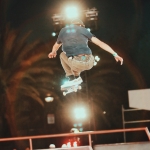 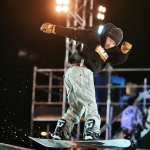 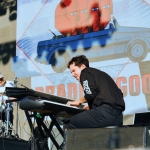 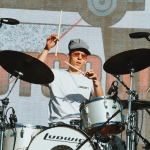 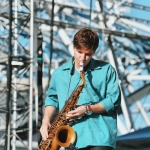 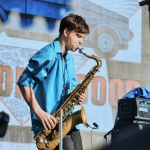 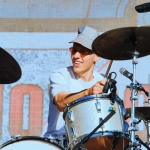 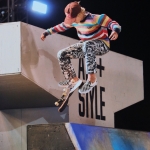 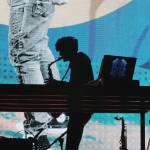 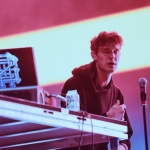 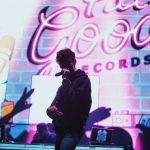 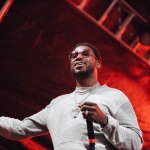 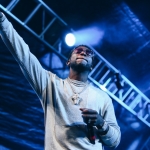 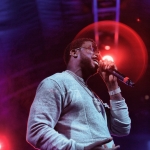