Lucy Dacus at the Teragram Ballroom shot by Danielle Gornbein

Locals grabbed their coats and umbrellas on the rainy Thursday evening and their made way over to downtown’s LA’s Teragram Ballroom for the rising musician, Lucy Dacus. Along for the tour’s ride were friends And The Kids and Adult Mom.

Getting the show off to a beautiful start was Miss Stephanie Knipe who performs under the moniker Adult Mom. This musician is one to watch for sure. Through her shoegazy music she is able to express herself and tell a little bit about her story. Her lyricism is quite emotional and frankly delivered in the live show. Whether she’s accompanied on stage by her drummer, bassist and fellow guitarist or standing alone, she delivers a quirky yet straightforward sound. Listening to her sweet voice, backed by gritty guitar strums, you get sucked in and truly lost in her message. Adult Mom’s music definitely has the fluidity heard in New York’s rock duo, Diet Cig. Adult Mom are currently celebrating their sophomore record Soft Spots which was released in May of 2017. Also, she’s not a mom for all those curious! She was just honed that name by her friends as she tends to be the caregiver. I can relate!

And The Kids at the Teragram Ballroom shot by Danielle Gornbein

Next up on the bill were Massachusetts quartet, And The Kids. With two records under their belts, these girls were so happy to be supporting Lucy Dacus on this tour. Frontwoman, Hannah Morgan’s lush vocals carry throughout the music stylings of the entire band so beautifully. Morgan also was seen playing guitar with Adult Mom! It was a friendly affair. And The Kids channel some heavy indie rock mixed almost effortlessly with Hannah’s infectious voice. She’s so haunting! She wore this little baby doll style dress and moved around as if she were a wind-up toy that was let loose. The now full room couldn’t help but dance for the duration of their set.

Without any more opening acts, Lucy Dacus and her band made way to the stage. The 22-year old musician changes the game. Her voice alone is what stood out to me when I first discovered her. I caught her last LA show back at the Echo in 2016.  Happy to be back and insanely pleased with the attendance, Dacus slayed her set. Now with two albums off Matador Records under her belt, she had a variety of music to perform. Her first bit of the set covered a lot of the new record, Historian. Her songs heavily grasp the connections with people which only become more relevant and relatable over the course of listening. She is much like her label-mate and friend Julien Baker who created a stand out debut record and followed up with an even fuller sophomore. Her first record No Burden debuted in early 2016 which did start immediate buzz around her unique, deep voice. Then her latest surfaced and caught even more attention. The tracks unbelievably build. She’s also a sight to see. With her gorgeous Gretsch guitars in hands, she told her stories and connected individually among each audience member through her slow and soft gaze. A one of a kind emotional performance for sure.

And The Kids at the Teragram Ballroom shot by Danielle Gornbein

Lucy Dacus at the Teragram Ballroom shot by Danielle Gornbein

Adult Mom at the Teragram Ballroom shot by Danielle Gornbein 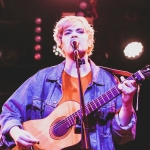 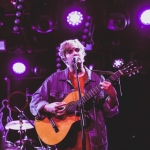 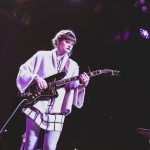 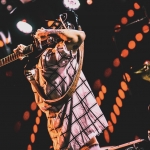 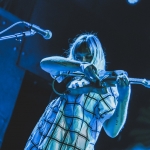 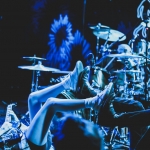 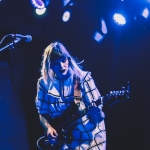 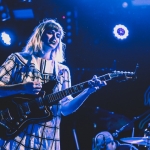 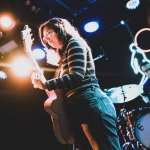 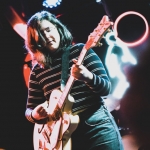 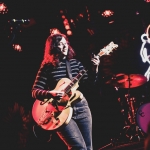 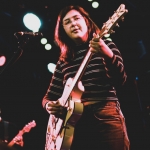 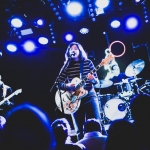 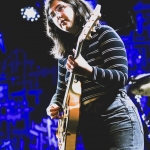 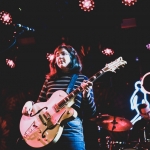 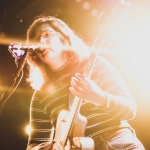 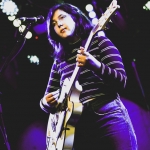 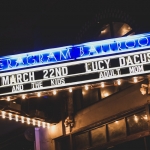