In case you haven’t noticed, Kate Nash has been busy lately. She’s been acting in different projects, most notably in the Netflix series Glow. Nash has also crowdfunded and made her new independent album Yesterday Was Forever. Her new tour of the same name touched down at the Fonda Theatre on Tuesday night.

After a few bars, the effulgent Kate Nash scuttled onto stage. She gazed out on her audience and regarded them with a grinning giggle as she sat behind her keyboard. She struck a few chords, and the audience instantly joined her in singing the first verse or so of “Foundations.” Nash was teasing the song and used it to segue to “Mouthwash.” Nash treated the audience to songs new and old for over an hour and a half as she peppered the musical breaks with small swear-filled stories and a whole lot of sincere gratitude to her audience for supporting her as an independent artist.

She played many of her classic songs from Made of Bricks and plenty from Yesterday is Forever. “Dickhead” and “Sister” were particularly strong performances, but I especially enjoyed hearing her new material. The ultra-catchy “Life in Pink” and “Always Shining” are not to be missed live. As a matter of opinion, I found the latter song has a vulnerability and rawness that was magnified in live performance.

Things took a turn for the strange near the end of the show. As Nash performed “To the Music I Belong” a security guard rushed past me and into the center of the crowd. What sort of altercation he rushed toward was unknown to me, but after the song Nash had to ask “What’s going on out there. Are we good? Are we feeling peaceful?” After a moment she noticed, “There still seems to be some kind of commotion. I’m not going to go ahead until this is all sorted out.” Nash, then referred to her Glow castmates, then pointed out that she knew “so many wrestlers in this room,” and joked “if you don’t get your shit together, you’re about to get fucked up!” She waited a minute or two until she got the thumbs up from security and shared that “The other day someone bit someone at my show.” Nash quipped, “I’d like to think that it was the same person who bit Beyoncé, but I’ll never know.” With the all clear, she finished her set with “Merry Happy.”

Nash returned for an encore, starting with “Today.” A few minutes into the song, the fracas continued, and Nash stopped the song for a moment to get security to help again. She seemed a bit frazzled by the experience and decided to finish the song. Nash handled the situation very well. She tried to get help, joke to lighten the mood, and ultimately deciding to perform for her audience that had enjoyed the show regardless of the person or persons intending to ruin it for everyone. With the squabble over, Nash expertly gathered her composure and ended the encore with the romantically awkward “Birds.”

In the end, Kate Nash and crew put on an enjoyably entertaining show. People sang along, danced, and had a great time. I even caught a security guard swaying and maybe even dancing a bit to the music. That’s how infectious her music is to people. And remember, if you get out of hand, Nash might have a few wrestlers lurking in the audience just waiting to take care of the problem. 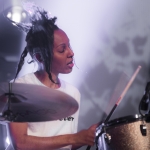 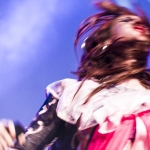 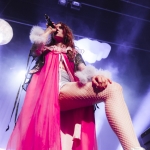 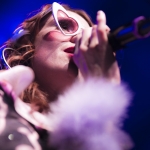 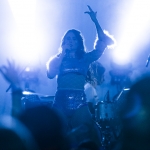 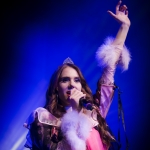 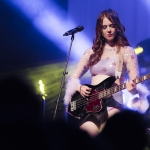 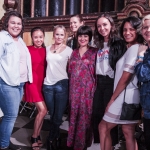 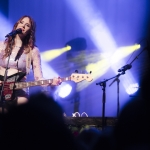 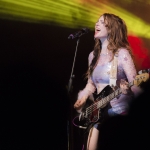 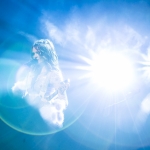 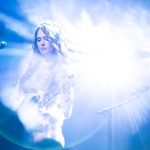 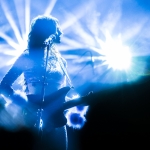 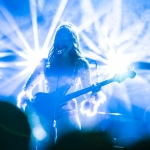 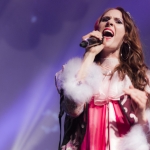 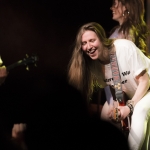 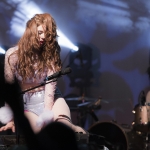 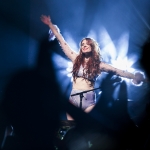 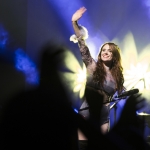 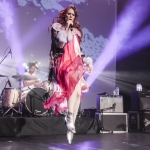