By 7pm, the line outside of the El Rey Theatre stretched down the block as fans of Angel Olsen waited for the doors to open. Olsen, in town playing Coachella with her band, scheduled a couple of solo shows in between. As the lights dimmed in the heavily crowded El Rey, Olsen took the stage to excited applause. After regarding her audience with a bit of banter, she began her set with The Everly Brothers cover “Since You Broke My Heart.” Two things quickly became evident: this was not going to be her typical setlist, and her crowd is very devoted.

In Los Angeles, it has become nearly impossible to see a concert without dozens of camera phones blocking the view of dozens of other camera phones that are blocking dozens of camera phones that are… You get the picture. Well, Olsen’s audience got very few pictures. While many took a quick shot or two, they spent the rest of their time enjoying the show either listening intently or singing along. Long, loud conversations over the music are far too common at Los Angeles shows, but almost no one could be heard during the songs.

As mentioned earlier, Olsen’s setlist was far from typical. A few songs into the concert she said, “The band’s not coming out. You know, I tried to get them to come but… nap time.” She did a few songs from Burn Your Fire for No Witness like “Iota” and crowd favorite “Unfucktheworld.” At one point she mentioned that she wouldn’t be playing anything from her beloved album, MY WOMAN. While that might have disappointed some people, Olsen had other ideas. Specifically, the surprise of the evening was that she was trying out several new songs. She interspersed them throughout her set, but most of them showed up in the part she described as “there are some sad songs in the middle, and some new ones. Some of them aren’t really finished yet, so… workin’ on it.”

Olsen dusted off “If It’s Alive, It Will” from her 2011 EP, Strange Cacti to the delight of many, because it is a song rarely found on her setlists. She played a few from Phases, too. Prior to playing “White Fire,” she joked “I’m going to try to remember this song. I just love the first line, because it’s one of the best first lines I’ve ever been a part of. And I’m in a good mood, so it’s always weird to sing it when I’m in a good mood.” As she began the song she giggled, stopped, and laughed again before singing, “Everything is tragic, it all just falls apart.”

Having been thoroughly entertained, the audience let out a collective sigh when Olsen announced her last song of the evening. The affable Olsen had been too witty and engaging to let her sad songs make anyone sullen. The crowd simply wasn’t ready to let her go. Predictably, an encore was forthcoming. When Olsen returned she said, “It’s so weird to come out for an encore when you’re by yourself. You’re like, ‘so how long do you wait?’” With the audience laughing once again, she finished her show with a slower version of the fitting “California” from her latest album.

Throughout her show, it was evident Olsen was in a good mood. She constantly told jokes between songs, bantered back and forth with the audience, asked for taco recommendations for after the show, and told a story about a dream she had of her cat eating a Demogorgon from the Netflix show Stranger Things. Often, she was betrayed by a quick smile during some of the more tragic and sad lyrics of her songs. Her good mood clearly killing the melancholy of her songs, Olsen seemed to enjoy herself as much as her audience did. 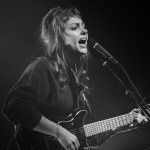 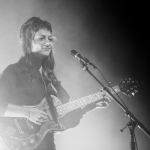 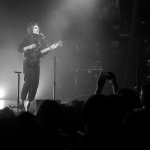 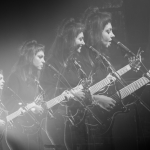 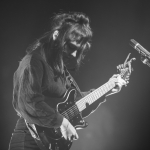 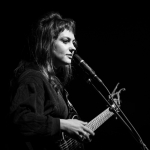 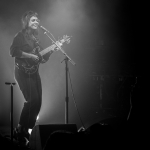