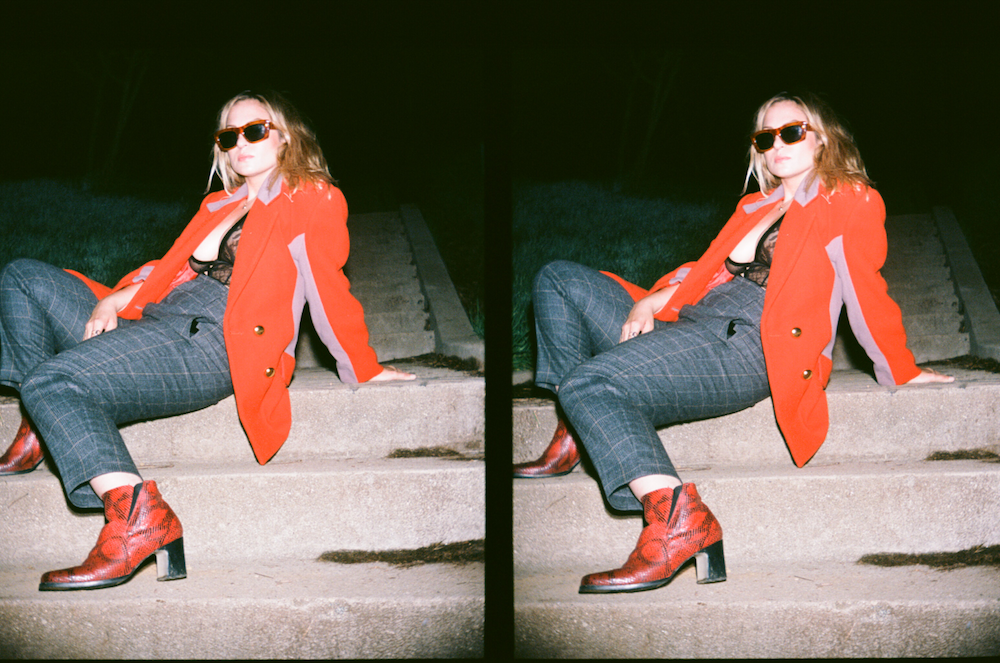 Kat Meoz has made a name for herself as LA’s grit-rock darling. She recently released Here I Wait, her sophomore EP that will attract fans of Joan Jett and Jack White alike. Her voice is always the center of attention, howling with a fiery passion that she cannot contain. Today she releases her newest single, a collaboration with producer Jake Bowman, who has worked with hip hop powerhouses like Snoop Dogg and Joey Bada$$. “Bad Side” is the rollicking anthem we’ve come to expect from Kat Meoz, this time featuring a distinct pop flavor that stands apart from her other work.

“When Jake and I were paired up by Defend Music Inc. to write for sync, he asked if I had any lyrics and melody ready to go so he wouldn’t have to hang while I wrote from scratch. I showed him an old demo for this track, which ended up being in the same key as his instrumental. The vibe now is garage pop, and I think it’s super fun blending garage with a modern beat. ‘Bad Side’ is about the one that got away and the frustration of feeling someone lead you on and then slipped through your grasp.”

The track begins with just a guitar riff and percussion, while Meoz’s warbles coax us closer for the main event. Never one to be too obvious, Meoz uses a metaphor to show her growing romantic obsession, yet her poker face falls short as she caves to her feelings. As usual, her vocals are scene-stealing, especially at the end of the chorus when she wails, “What have you done?!”