Speedy Ortiz at The Echo by Steven Ward

The Echo played host to a flurry of female-fronted badassery ignited by indie-rock darlings Speedy Ortiz‘s stop there late Friday night. The band, led by Sadie Dupuis, let loose wave after wave of face-melting guitar work throughout their set, drawing from their recently released third album Twerp Verse. Hailing from the grungy, unpolished realms of indie-rock that not only feel at home at small venues like The Echo, but also thrive wildly as well, Speedy Ortiz was a force of pure, blistering bombast that cut through the packed-out room with an endearing energy. Dupuis crystal howls and shrieks cutting through the thick blanket of reverb and bass rumblings in as gorgeous a manner as any, the band live for digging their fingernails into all the raw emotions of their songs in a way that is dually delightful as it is audacious.

Onstage, Dupuis was a blur tucked between bleeding red lights that made her glow in all the appropriate hues to mirror her passion. Whipping her hair around and shredding away on her guitar in between her piercing yells, Dupuis and company were a firm reminder that places like The Echo still exist because bands like hers are there thrashing away inside. But the night was also a sobering exercise in female empowerment, with Speedy Ortiz bringing along two other female-fronted acts to open for them on tour.

Samira Winter at The Echo by Steven Ward

The first and cut from a similar cloth of bleeding heart, punkish sentiments, was Samira Winter. Tackling the crowd with a foggy mixture of dreamy croons and heady walls of sound, Winter and her band waxed away on the bittersweet natures of adolescence. With hints of jangle-guitar work twinkling in the background and Winter’s own crystalizing vocals, the band hit a sweet-spot for its Californian debut with their eerie, melancholy-dipped surf-rock echoes.

The second act of the night was Detroit-born singer/songwriter Anna Burch. A veritable triple-threat, Burch not only pairs a soul-soothing with which to pour out her sublime little narratives, but places them in an alluringly wrapped collection of country/folk-informed packagings. There’s just a stunning delicacy and intimacy with which she handles the subjects of her debut album Quit the Curse, laying bare the kinds of stories about river islands and falling for your drug dealer that make them instant classics. We might still be riding the bold waves of the night’s performers, but it doesn’t feel too absurd to say Burch is a name to clearly watch in the future.

Anna Burch at The Echo by Steven Ward 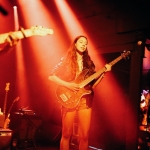 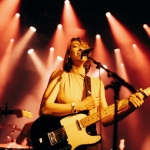 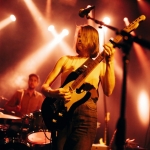 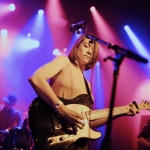 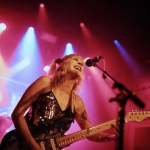 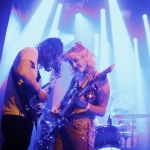 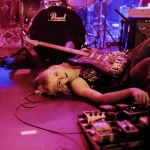 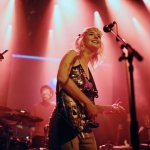 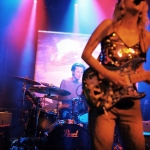 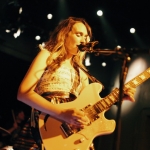 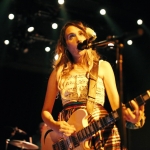 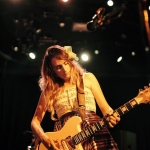 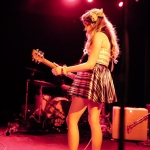 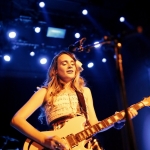 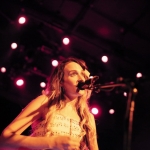 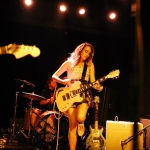