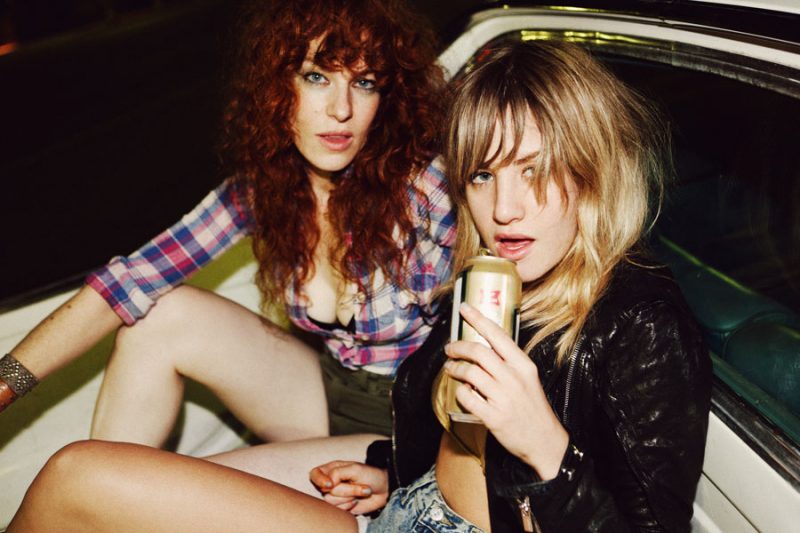 When we last spoke on the heady-ramblings of Los Angeles rock-duo Deap Vally, they were relishing in the post-sophomore ecstasy of Femejism and releasing superbly bizarre music videos for songs like “Julian.” This time around, Julie Edwards Pirrone and Lindsey Troy are no less voracious in the execution of their hot-white, kinetically-inclined rock in the new music video for their song “Get Gone.” Directed by John Stavas using footage from the “Volcom for Every Body” campaign, which will feature Deap Vally alongside Georgia May Jagger, model Natalie Nootenboom, and skateboarder Rachelle Vinberg, the video is filled with jagged-cuts and harsh double-exposures of the ladies as they rip and wail through the song.

With “Get Gone” being the first of many “surprise-attack singles” to come, Deap Vally are clearly itching in earnestness after the success of last year’s Femejism and their restlessness is really our summer’s gain. Pirrone and Troy have a knack for collecting the most bristling and raw sentiments that coalesce in their music and spewing them out in a way that screams a charmed haphazardness. “Get Gone” is not only overblown with all the grimy, sun-burnt textures of true Los Angeles grunge-rock fashion (sounding like boomboxes strapped with dynamite being tossed into a woodchipper), but it’s also a dutiful reminder that they’re more than just a collection of howls and cymbal crashes. Even in the quick exertion of “Get Gone,” which clocks at just under two minutes and is over before you’ve even realized it, the duo induces a breathless excitement that is hard not to leave the replay button smashed to pieces.

Watch the music video for “Get Gone” below!

Deap Vally is on tour in Europe this month with an appearance scheduled for the Queens of the Stone Age and Friends festival on June 30. Visit the band’s website and Facebook to stay updated on future releases and tour announcements. 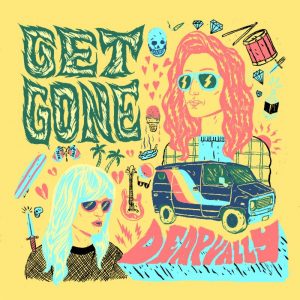