August 24th marked the release of the official debut full-length album from LA-native Joey Dosik, whose wonderfully delectable soul and instrumental dexterity has been bubbling underneath the surfaces for a few years as a frequent collaborator of the equally dextrous and unbridled funk tinkerers Vulfpeck. He and about ten musicians, including a full string section, filled every nook and cranny of The Troubadour’s stage for a record release show on the first cool Friday night of the summer, and to say things went as expected for a debut-album tour run simply doesn’t know Dosik, Vulfpeck, or any of the ilk.

That’s a positive thing, in case you were wondering. Those in attendance received a just-under two-hour (!) set with Joey not only acting as performer but also as entertainer, a ring leader with his sights set on quite literally bringing soul to his audience as well as his bandmates, who provided some of the best instrumental performances of any act I’ve seen all year.

Lighting up the show with sax and jetting to his grand piano, Dosik played his album’s title track “Inside Voice,” an essential summer track that showcases his attention to songcraft, and it never let up from there. In fact, I saw him take only one swig of water for the entirety of the performance, which is impressive considering the way he belted out during “Don’t Want It to Be Over” and “Running Away” and maintained the warmth for “Grandma Song” and an a cappella version of “Stories.” He sounded as effortless as his supporting members, which included Vulfpeck’s bassist virtuoso Joe Dart and legendary R&B drummer James Gadson, who appeared later in the show for cover versions of Bill Withers’ “Kissing My Love” and an encore of full Marvin Gaye covers.

It may appear, almost blindingly so, that Dosik wears his influences on his sleeve, but there is no doubt that he emanates the best attributes of these parties, enlivening soul music in an era that tends to forget it exists. He will undoubtedly dazzle audiences across the country just as did here in his hometown, though we might have really received something pretty special with Friday night’s performance. It has set a pretty high bar for the new artist as he goes on to tour.

Another Vulfpeck member, Woody Goss, opened for Dosik with Wurlitzer covers of songs like “Pure Imagination” and “‘Round Midnight.” He would later join Dosik to play piano on a highly energetic cover of Gaye’s “What’s Going On.” 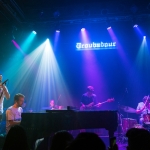 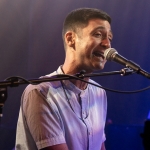 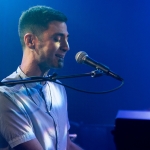 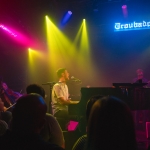 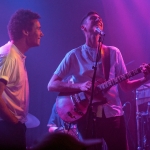 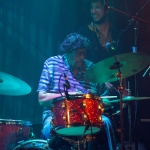 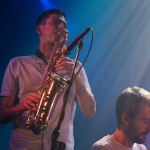 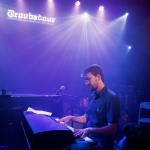 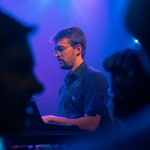 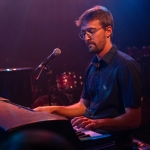 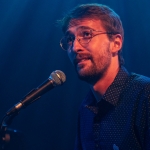