A generous crowd filled the beautiful Fonda Theatre on Friday night to welcome in the weekend with none other than the very talented Rostam. Rostam Batmanglij is the multi-instrumentalist musician and producer behind a wide variety of songs you probably love! Former original member of one of my fave indie-rock bands, Vampire Weekend, Rostam is one to watch. Starting the night off was Bedouine, the folk outlet of singer / songwriter Azniv Korkejian. Having been born and raised in Syria until the age of 10, Korkejian sings of memories and personal experiences from her childhood. She definitely has a unique sound to her music! Her songs have strong 60’s/70’s country-folk influences. She performed alone on stage mostly, before bringing out her close friend and bassist who is producing her new music. Bedouine connected directly with the audience whilst plucking at her guitar and singing with her delicate and beautiful voice. While some songs are so whimsical and dainty, like those off Natalie Prass’ debut album, others are sharp and hitting with involved lyricism that explores her experiences with Syrian war. Her self-titled debut record was released via Spacebomb Records in 2017, and we had the pleasure of hearing her for a lengthy 45 minutes Friday evening.

Bedouine at the Fonda Theatre shot by Danielle Gornbein

Once Bedouine’s set came to a close and the crowd filled in even more, it was time. Rostam made way to the stage with a roar of applause. Friday served as only one of the few LA shows he’s performed in support of his debut record Half-Light that released back in 2016. He last opened for good friends HAIM when they sold out the Greek Theatre back in April. Now he’s back and we couldn’t be happier! The solo debut caught such a buzz after its release. The various sounds on the record are so enchanting and seeing him perform live is such a treat! It can’t be said enough how talented Rostam is. He’s a Grammy award-winning musician and his precise craft shows when he’s on stage. From Maggie Rogers to Frank Ocean, Rostam has produced countless tracks we all love. On stage and performing his original songs such as the very straight-forward and fast-paced proclamation of a proud gay man, “Bike Dream” he just shines. He performed the fun electric pop song “It’s Not My Fault (It’s My Fault)” by his project with Miles of Ra Ra Riot. Then he formed a sing-along to his original track “Rudy” which has the crowd chanting along to the backing of the track.

It was a pretty intimate show which felt almost like a private house show at times. After performing the intense “When,” Rostam addressed the crowd and promised only happy songs from there on out! Everyone cheered as he then introduced the next song as “Gwan.” The soft yet fiery song showcases Rostam’s lovely vocals and sounded so gorgeous with the live violinists and cellist on stage. From that point on the night felt like a show enjoyed only on a cloud. So overjoyed that people even showed up, the humble musician thanked everyone for being there and acknowledged the 12-month-old debut record and chose to celebrate. The band then performed the title track “Half Light” with a beautiful string arrangement. After a very loud applause, Rostam happily strut back on stage, joined by the one and only Jenny Lewis! The two performed their song “Completely Not Me.” which was never before performed live. It was quite the ending to the night! Even then, Rostam completed the set with his latest single released only earlier in the week, “In The River”… so it was an encore performance to remember for sure!

Bedouine at the Fonda Theatre shot by Danielle Gornbein 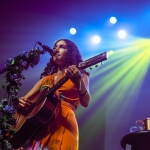 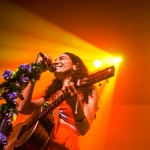 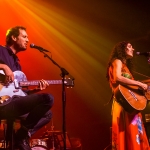 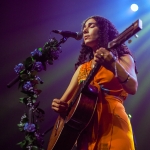 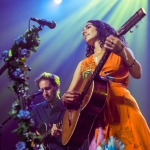 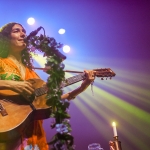 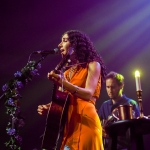 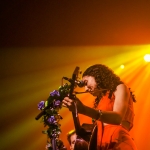 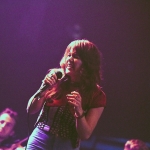 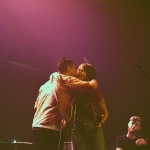 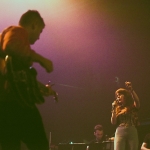 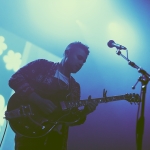 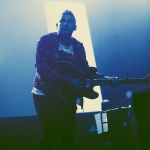 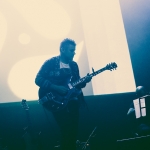 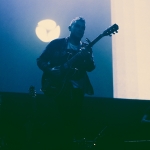 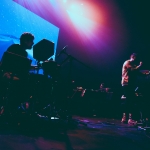 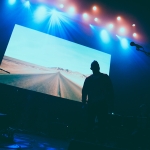 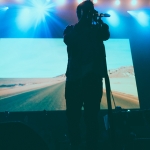 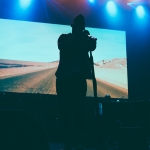 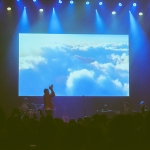