Last Thursday’s Greek Theatre show marked the first of three final appearances by Arcade Fire before the band takes an extended hiatus in preparation for their next record, and the send-off was highlighted by a playthrough of their first album Funeral in its entirety. Emerging onstage in formal wear and a Funeral-esque patch of artwork illuminated behind them, the group opened with “Neighborhood #1 (Tunnels)” as small specks of “snow” started to fall from high above the crowd. The album turned 14 this year and although Win Butler conceded that the band wasn’t the “sentimental type,” they felt the need to share the occasion with fans. Despite this being a continuation of their Everything Now tour, the cover-to-cover playthrough couldn’t have come at a more fitting time and seemed to really underscore just how much Arcade Fire has evolved from a fledgling indie-rock outfit with a penchant for unpolished baroque compositions.

There’s an element of erratic discord that runs through Funeral that sees the band at its most strikingly honest and vulnerable. From Regine Chassagne’s piercing howls and French side-steps to the often overlapping medley’s of strings, guitars, and warped sonics that buzz and grind themselves against the older Butler’s melancholic howls. An album at its core about death and the reeling schism it creates in its aftermath, Funeral unleashes all that dissonance and heartache in a rapturously cathartic manner. Live, Butler and company played it like it was 2004 and the emotion that had inspired it was still raw enough to hear. “Neighborhood #4 (Kettles)” cut deep, with Butler’s murmurs etching some woeful but nameless sentiment onto the hearts of the crowd; while the wild passions of “Wake Up” and “Rebellion (Lies)” were, as always, the enigmatic moment of release for many in the crowd. There’s a moment that just unhinges you, all the existential weight of whatever you’re carrying that you buckle under before realizing it has been obliterated; whether it’s in Will Butler’s inane stumbling-drumming or Richard Reed Perry’s pounding into a massive bass drum, the moment is concussive in its liberation. And then it’s weightless; emptied in the night sky in the wordless echo of some chorus, roared away by the hundreds of other people around you while Butler and company stand onstage pointing their microphones outward, wild-eyed and sweating, imploring in earnest to not stop.

The show could’ve ended right there, but it didn’t. Arcade Fire returned after leaving the stage for a few moments to open the second half of their set with the elusive grooves of “Reflektor.” With Butler on the edge of the stage and Chassagne now appearing with two dancers across from him in the crowd, the two dueted from across a sea of phone screens gleaming brightly against a shower of sparkles offered by the large disco ball hanging above. The next few songs catered to the band’s more electronic endeavors, ripping through the heavy riffs of “Creature Comfort”–a song that features a particularly gutting line about Funeral–and Chassagne’s ghostly performance of “Electric Blue.”

But the crescendo to their finale belonged to Neon Bible and The Suburbs, two albums that have emerged from their decades-old birth as more relevant than ever in terms of social and political commentary. “Intervention” and “The Suburbs” mirror the current old-world nostalgia for some long-lost notion of “American greatness” in an all too sobering manner, with Butler even changing one of the lines in the latter song to reflect that: “When all of the walls we built in 2018 finally fall.” While “My Body is a Cage” continued the reminder that came with Funeral that Arcade Fire’s prowess doesn’t come from catchy guitar-hooks or sheer rock-bombast but from the visceral melding of lyric and sound.

Yet, with “Wake Up” long gone, there was really only one way they were going to end their set; and as the intro to “Everything Now” began, the band stepped forward once more to let the crowd sing in its melody a few “na-na-na’s” as phone lights lit the venue you up like daylight. When the confetti finally exploded from the side of the stage and those opening piano lines thundered to life, the goosebumps returned for the hundredth time that night. Screams of approval came with another line change–“Every inch of space in your head / Is filled up with the things Trump’s said”–cementing once more the antithesis of everything the group’s music represented. There’s an affirmation of life and love strung throughout the band’s discography, one that never seems to allow itself to be wiped out completely by whatever fear and hate swirl around it. And these sentiments were never more alive than they were last night.

The Zombies at the Greek Theatre LA — Photo: Steven Ward

The Zombies opened up for Arcade Fire, also doing a bit of an album tribute for their record Odessey and Oracle, of which the hit “Time of the Season” was apart of. A remarkable example of just how timeless music can be, The Zombies remain a relevant and influential rock-pop outfit; led in their success by both Colin Blunstone and Rod Argent. There was also something of a relationship between The Zombies’ experimental melding of genres that made them a touchstone, with that of Arcade Fire’s ever-noticeable knack for mixing whatever lies on the fringes of pop-culture into something intuitive and meaningful. 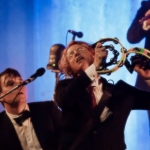 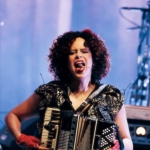 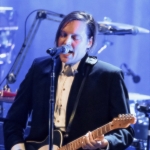 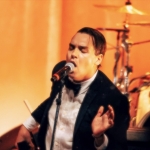 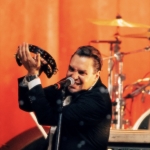 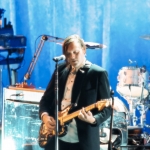 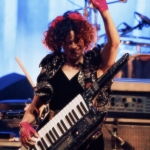 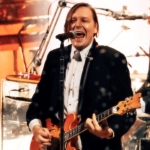 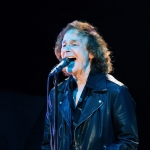 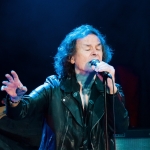 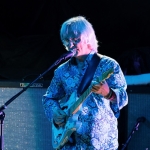