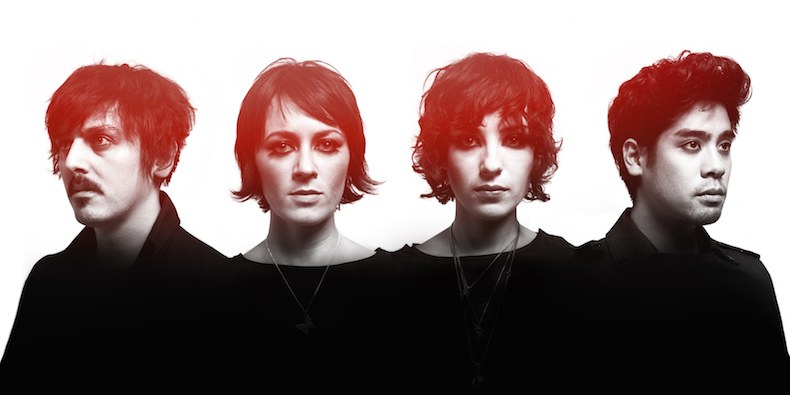 If you missed out on those tickets to Ladytron at the Fonda Theatre, here’s your next chance to redeem yourself! Ladytron has added a second headline Los Angeles date at the Fonda Theatre, scheduled for February 28! The band previously announced performances in Mexico City, Los Angeles, and San Diego in February and March following a set of live shows in the UK in November. Considering it’s been 7 years since Ladytron has performed in North America, one Los Angeles gig is just not enough!

Fans can expect a brand new AV, and new songs performed live, along with the classics you already love. On Feb. 15, Ladytron will release their sixth studio album via their own label, Ladytron Music. The new album will feature 13 songs “that explore the disquiet of our times.” Previously released singles, “The Island”, “The Animals”,  and “Far From Home” will all have a place on the new record. You can pre-order the album here.

Tickets to Ladytron’s newly announced gig at the Fonda Theatre go on sale this Friday, Jan. 11 at 10am. Tickets are priced at $35. There will be a presale on Thursday, Jan. 10 at 10AM. Stay tuned for the password!

GET TICKETS TO LADYTRON AT FONDA THEATRE!