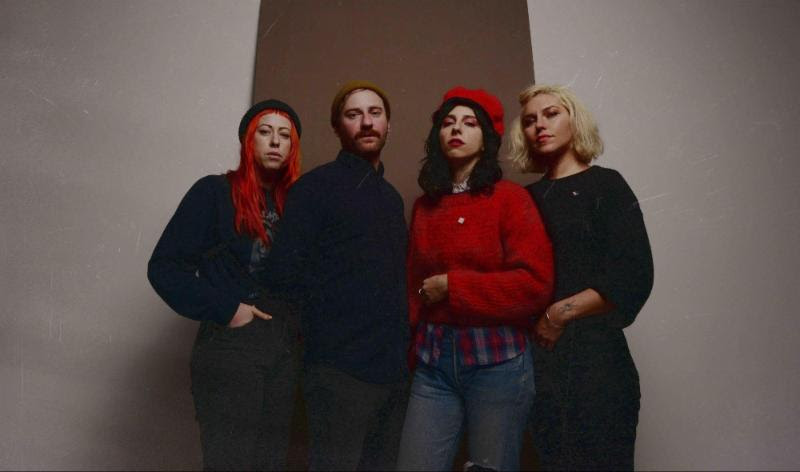 Shoegaze meets psychedelic on Feels’ new single; it is a catchy hybrid of a song, reminiscent of both Blondie and The Kinks. With a title like “Awful Need,” it is surprisingly aloof, following the band’s previous grunge release, “Car.” Both new singles will appear on the local quartet’s forthcoming album, Post Earth, due out on February 22. Grab tickets to their record release show at the Echo on February 19 here.

When I found out Shannon Lay was part of this band, I knew instantly that it was an act worth paying attention to. Lay is one of the city’s best folk songwriters, but with Feels, the style veers further into noise. She is accompanied in the group by Amy Allen (bass), Laena Geronimo (guitar/vocals), and Michael Perry Rudes (drums), who had all known each other since high school.

Post Earth could be considered a protest record, something that even surprises the band. “It wasn’t intentional to write a politically charged record,” says Allen. “But the way the world is functioning right now made it impossible to write about anything else. We all need to figure it out; we’re running out of time. The golden age is over.”

See Feels at the Echo for their record release party on February 19. Supporting Feels at The Echo are The Paranoyds, Gustaf, and the bank of america. Pre-order Feels’ new album Post Earth here.

GET TICKETS TO FEELS AT THE ECHO!