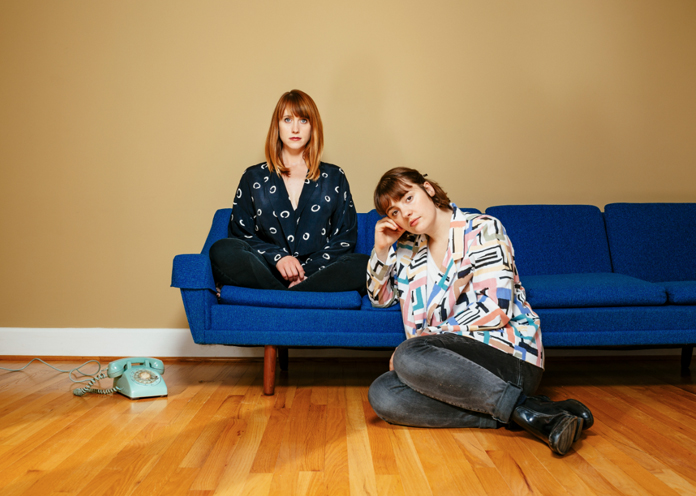 Every friendship between musicians ends in collaboration at some point or another. In the extreme case of a bond like the one shared between Jenn Wasner (aka Flock of Dimes, and half of Wye Oak) and Madeline Kenney, that collaboration takes on a life of its own. Wasner produced Kenney’s verdant record, Perfect Shapes, toured with her right after its release, and they even lived together for some time. Now they have put out a split 7”, with a song from each artist on either side.

Unsurprisingly, their instincts significantly overlap. Both tracks are cloaked in an ethereality that permeates its foundation, and each seems to have a distant focal point. “The Sisters,” by Flock of Dimes, lets each chord echo separately into the ether, offering an escape from the burdens of life. Kenney lets a theremin do most of the talking. And while Wasner’s tune may see the silver lining, “Helpless” seems to have given up—though only lyrically, as the synthesizers continue to do work until the fade out.

Now the pair plans to tour together, this time not just because they’re playing in the same band. When they are in LA, they will perform at the Moroccan Lounge, the very stage that Kenney and company graced last October in support of Perfect Shapes. FIND TICKETS HERE